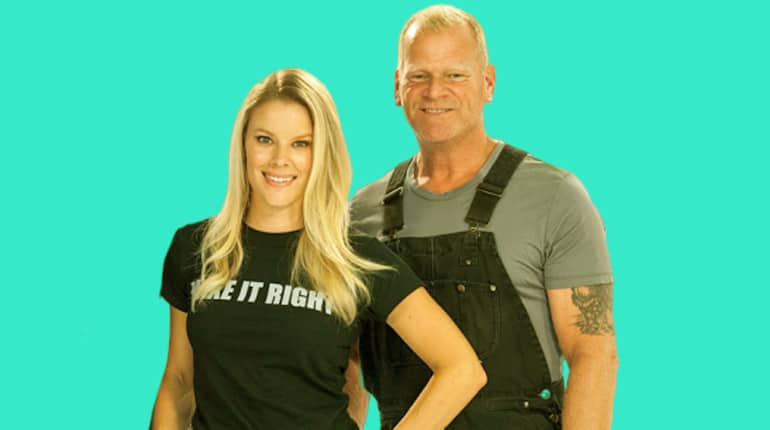 Mike Holmes is a Halton Hills born contractor, entrepreneur, and reality television sensation. He has made his name on popular shows like Holmes Inspection and Handyman Superstar Challenge.

The object of our study today is his daughter, Amanda Holmes. She is one of the crew members behind the reality show that propelled her father to international stardom.

In addition to this, Amanda has also tried to raise awareness of a condition she has lived with for most of her childhood. Know more about Amanda Holmes as we explore information on her biography, pictures, and facts.

Who is Amanda Holmes?

Amanda Holmes is most famous for being the eldest daughter of Canadian house builder and businessman, Mike Holmes. Her father is famous for hosting long-running televisions such as Holmes on Holmes.

The show initially debuted on the 22nd of March, 2003. It would go on to enjoy a seven-season run that featured over 100 episodes before it eventually came to an end. 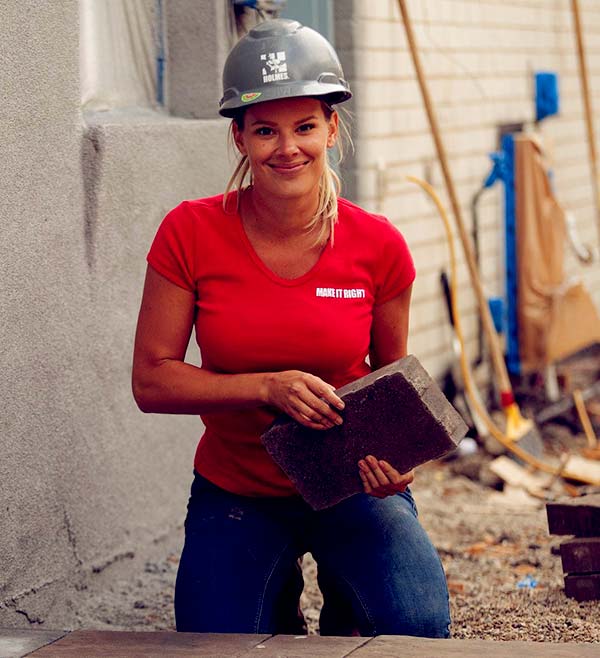 At its helm, it was truly a marvel to behold. Amanda’s father, backed up by the rest of his crew, went around the country, renovating old homes.

From 2005 to 2007, Amanda worked as an office manager on the crew for 17 of the show’s episodes. In addition to her work on television, Amanda is also a recognized philanthropist.

This is a hobby that she shares with her father. Amanda Holmes and Mike Holmes both take in the M&M Meat Shops Charity BBQ.

This is an annual event that aims to raise money for charity, particularly the Crohn’s and Colitis Foundation of Canada. A few years ago, the event raised an astonishing $1.6 million to help scientists look for a cure for the illness.

Amanda Holmes’ role in the foundation stems from the fact that she was diagnosed with the same ailment in her teens. As such, she strives to do her best to raise awareness of Crohn’s disease.

In an interview she did a few years back, Amanda talked about how hard growing up with the illness was, especially for her family.  Despite being an accomplished man in every field he has stepped into, her father Mike Holmes felt helpless when it came to her condition.

He did not have the right tools or information to help her at the time. This is why CCFC Foundation is so near and dear to both of their hearts.

Unlike most of her family, Amanda did not choose to go to the construction route. Most of her life after her stint on the crew of Holmes on Holmes remains a mystery. As such, Amanda Holmes’s net worth is currently under review.

We should know more as we continue to learn about Amanda. Her father, on the other hand, is valued at $ 30 million. Being one of his children, Amanda is entitled to a portion of this wealth and the lifestyle it offers along the way as well.

Amanda Holmes was born back on September 2nd 1984 in Canada. This would mean that she is about to turn 37 years old this year. Amanda is the eldest child of Michael James Holmes and Alexandria Lorex. Though her father is a world-renowned contractor, not a lot of information is available regarding Amanda’s mother.

Her other siblings are Sherry and Mike Holmes Jr. Sherry is 34 years old; she was born on the 21st of June 1987. 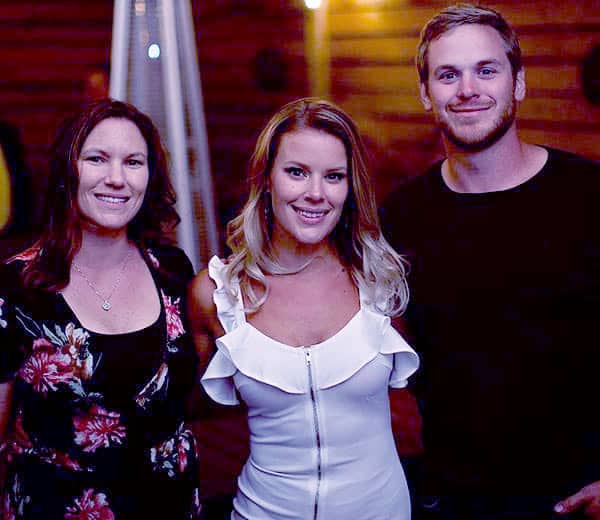 Caption: Amanda with her brother Mike Jr and sister Sherry

Their youngest sibling, Mike Jr, was born on the 25th of July 1989, which means he’s 32 years old. Unlike Amanda, both of her siblings are heavily involved in the construction aspect of the family business and regularly accompany their father on various jobs.

You’ll be surprised to learn that Amanda Holmes has walked down two times already in the short span of her life. Her first marriage was to a man named Adam Belanger.

Like Amanda, he was also part of the crew that worked on the show, Holmes and Holmes. However, he was on the landscaping team that handled heavy machinery. The two met back in New Orleans, and gradually developed a relationship of a period.

Eventually, Amanda Holmes and husband tie the knot in a beautiful outdoor wedding with several family members and fans in attendance. It remains unclear what led to their separation and eventual divorce, however.

Amanda would meet and marry another man shortly soon after she split from her first husband. He is; however, a figure shrouded entirely in mystery as we could not uncover Amanda’s husband’s name.

Amanda Holmes is also the mother of two children. She keeps them away from the spotlight, and as such, we could not uncover any information on them.

Amanda Holmes is a woman of tremendous strength. She has had to deal with an illness with practically no cure. Her condition is an inflammatory bowels disease, which is known to cause severe abdominal pain, diarrhea, and malnutrition.

It can even weigh loss in some cases. This is quite possibly the reason why Amanda did not pursue a more active role in her father’s construction crew. It could also explain why she prefers to mostly keep away from the limelight and instead focus on her development.

In repeated interviews, Amanda Holmes has stated that her family remains very supportive of her to this date. She also manages it by maintaining a good diet and trying to exercise as well.