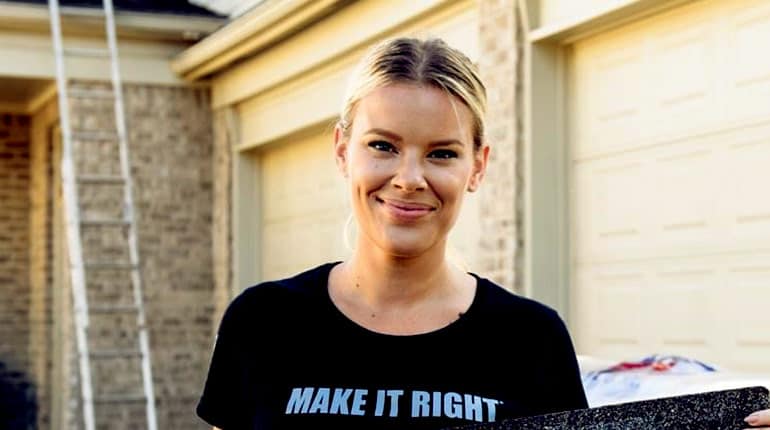 Sherry Holmes is a Canadian reality television personality who came into the fame after appearing in numerous reality shows like Holmes Inspection in the year 2009, Holmes Makes It Right, and others.

Sherry was born in 1987 in Ontario, Canada. She celebrates her birthday on 21st June every year.

She, however, is known for being the daughter of Mikes Holmes Sr. who is a contractor and television personality. The name of her mother is Alexandra Lorex.

Her parents, who got married in 1982, got divorced in the 1990s. He stayed single until 2000 when he started dating again. He began dating Anna Zappia and has been inseparable together. They are not officially married, but he refers to Anna as his wife. 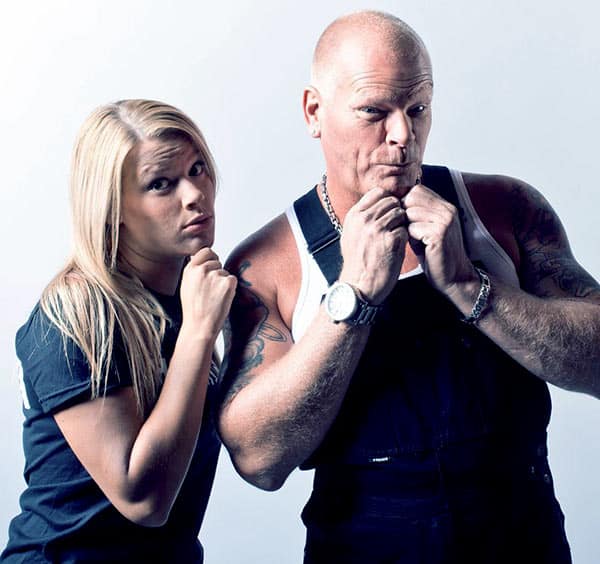 She has two siblings; a brother named Mike Holmes Jr. and sister named Amanda Holmes. She is of Canadian nationality and belongs to the white ethnicity.

Talking about Sherry’s body measurements, she stands at the height of 5 feet 3 inches tall and weighs around 53 kg. She has an hourglass body build that measures 33-24-33 inches. She has blonde hair color and hazel eye color.

She is now leading a healthy conjugal life with boyfriend-turned-husband Blake Steed, who was one of the members in the crew of her father’s show. 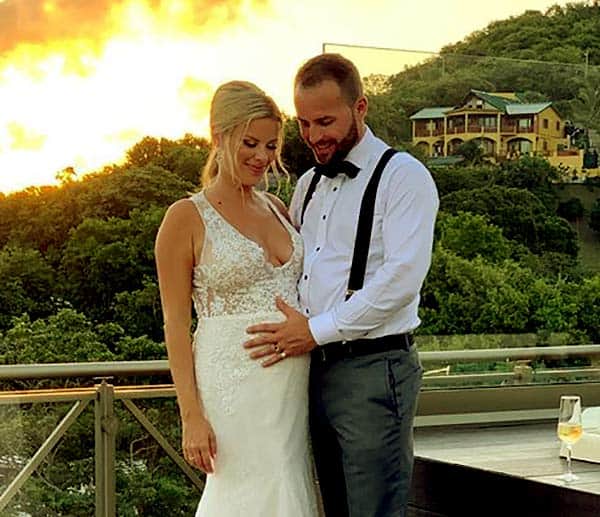 Sherry and Blake got engaged back on 11th June 2017 after dating for a couple of years. She has often been flaunting her engagement ring on the show.

Since the beginning of their romance, the couple usually posts numerous pictures together. On 14th August 2017, Sherry uploaded numerous photos with her beau Blake while attending Mike Holmes Jr.’s wedding.

At the end of that year, Sherry Holmes and Blake Steed were time and again spotted spending cozy moments with each other in the shopping complex, parks, and restaurants.

Almost after fifteen months of being engaged, the lovely pair took their relationship to the next level and got married on 13th December 2018.  They exchanged the vows in an intimate and private wedding ceremony where their close friends and relatives got a chance to attend their special day.

For now, it has been around three years since Sherry Holmes and husband Blake Steed got hitched and has been leading a healthy marital life with no issues of separation or relationship failure or divorce. Likewise, they are also not involved in controversies or extra-marital affairs.

Actually, when Sherry walked down the aisle, she was pregnant. On 22nd April 2019, the couple welcomed their first child, daughter, Cali Kay Holmes Steed. As we write, she is 2-years old. 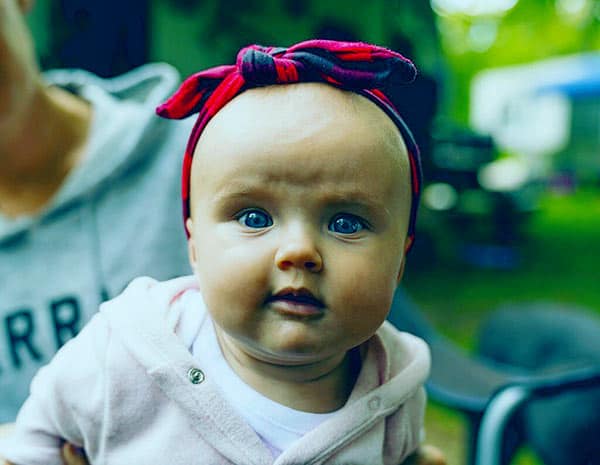 For now, the family of three is leading a healthy familial relationship.

Talking about Sherry’s past affairs and relationships, she has neither been linked with anyone nor ever spotted with any boys who can be claimed as her boyfriend.

Actually, Sherry did not want to pursue the same profession that her family members were engaged it. She always dreamt of traveling worldwide and establishing a business.

But as she grew up, her plans changed. Later, she decided to work behind the scenes in the position of production assistant for the reality television series, Holmes on Homes from 2001 to 2008. 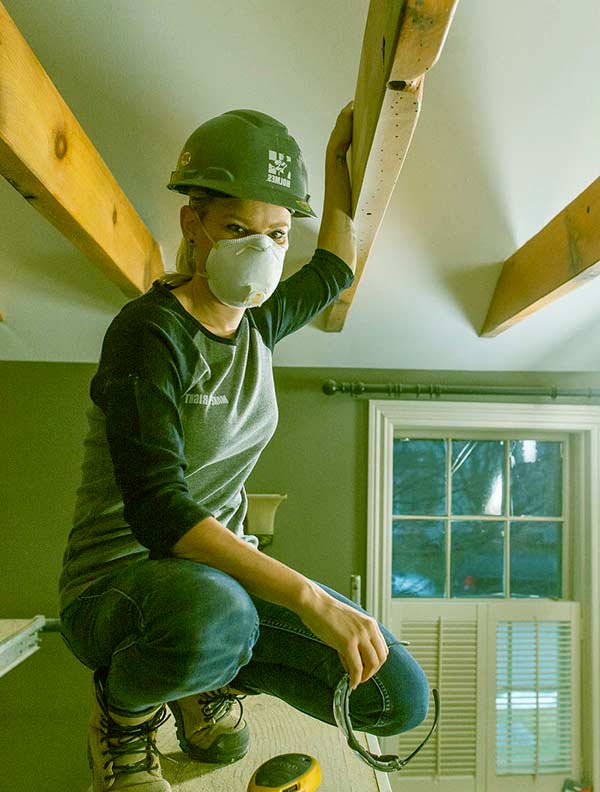 In 2008, Sherry joined Brad Pitt’s Make It Right Foundation along with her family members in order to help the victims of Hurricane Katrina.

For now, Mike Holmes daughter is enjoying her profession and feels building homes is phenomenal. Also, she appears on the reality television show named Holmes Make It Right.

Sherry earns a hefty amount of money from her venture in the construction business. Likewise, appearing in the television shows have helped her to pile up a high figure of net worth.

Sherry Holmes has not disclosed the exact figure of her net worth, but numerous gossip mongers have been claiming her net worth as $5 million. Her father’s worth is $30 million. 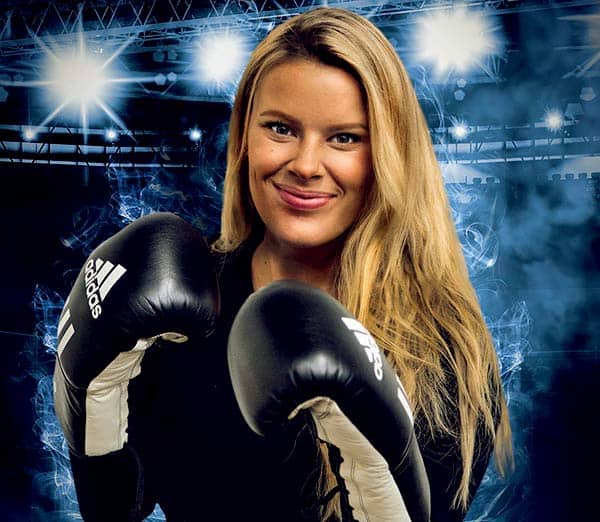 While surfing around her Instagram, we can clearly see that she is leading a lavish lifestyle.

Back in 2002, Sherry was diagnosed with a brain tumor. Just within a week of CT scan, she had to undergo through surgery. Her father claimed that the doctors did their jobs very well, but it was, in fact, the CT scan that saved her life.