Mark and Digger from Moonshiners Arrested? Are they in jail? 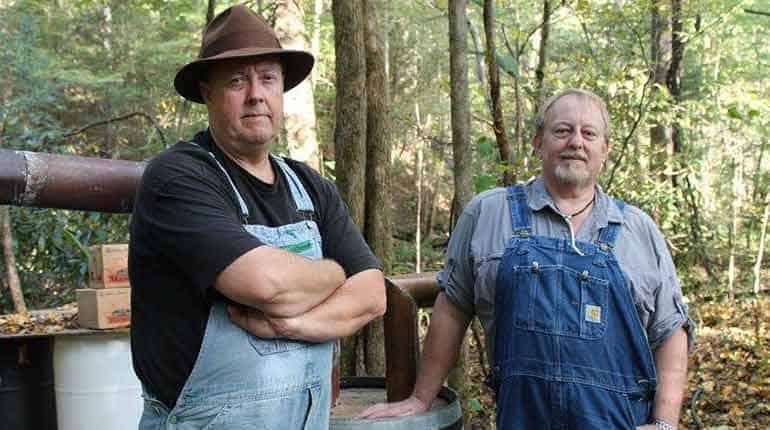 Meet Mark Ramsey and Eric Digger Manes, the dynamic duo who capitalize on the brewing of Moonshine; an illegal high-proof distilled spirit in the Appalachian Mountains. You can regularly catch up with the pair on Discovery Channel’s TV series, Moonshiners currently about to debut its 8th season.  The show adds a little punch here and there on their ‘alleged’ outlaw life while evading the cops from their malpractice. While it’s entertaining, there are skeptics out there that claim that the show is mostly falsified. On the other hand, there were claims that the distilling pair were arrested and are currently serving time in jail. Here’s our input on the matter.

Mark and Digger from Moonshiners Arrested?

The bigger question on everyone’s mind is why is the local authority letting them run the show knowing very well that their practices are illegal?  The simplest of answers comes from the Virginia state police who state that no illegal liquor gets made on the show. A pandemonium was created causing a rift between the believers of the show and the skeptics.

Some segments within the episodes often capture some of the cast members rubbing shoulders with the law. Most often they walk away unscathed and sometimes when the cameras aren’t rolling, they get arrested. In as much as we’d like to refer to Mark and Digger’s arrest warrants, they indeed don’t exist and are undocumented.

On the other hand, several other casts have been arrested for different reasons with the late Popcorn Sutton getting the worst sentence of them all. The year was 2008 when he suffered a police raid and got apprehended for illegal possession of a handgun and several gallons of the distilled spirits. The judge gave him 18 months to reflect on his crimes behind bars 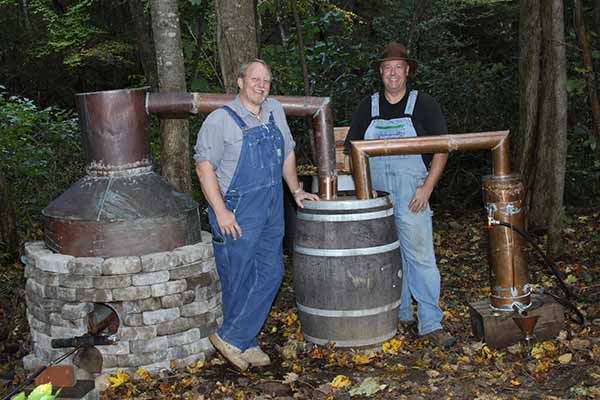 Mark and Digger from Moonshiners

Other casts who aren’t strangers to police handcuffs are Tickle, Chico, and Tim who got threatened once or twice. Of the three, Tickle has suffered the greatest having had three arrests. The first was for public arrest, the second for possession of a sawed-off handgun and third was for probation violation and drug abuse. Chico’s detainment was for driving into a crowd under the influence while Tim’s was investigative on the show’s ‘illegal’ moonshine. So, now you know Moonshiners Mark Ramsey and Digger Manes are not arrested so they are not in prision.

Mark and Digger’s talk on how they stay clear from the Law.

The two partners successfully manage Sugarlands Distilling Company and have still not caught up with the long arm of the law. So how do they do it? Well, the pair believes that the police have more pressing matters than to launch an investigation on their moonshine business. Furthermore, they also take advantage that episodes of the series find their way onto television months after they have finished recording. 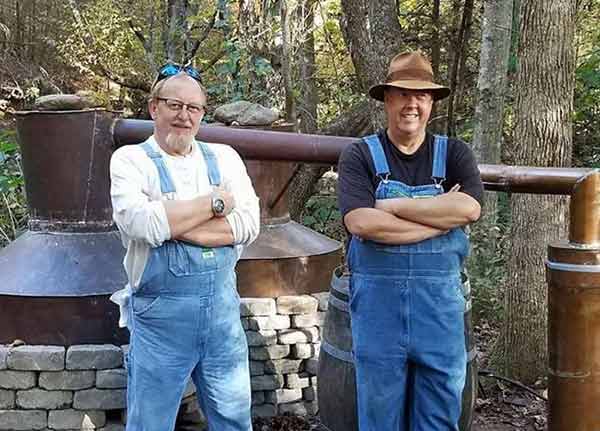 Logically, the local authorities won’t have any jurisdiction to launch an investigation over what they see on screen mostly because verification on the illegality of the liquor is next to impossible. Manes and Ramsey brew the Moonshine under cover of the dense forest deep in the Appalachian Mountains and away from the eyes of the law. Hope you like the news on Mark and Digger Manes’ arrest and prison sentence.