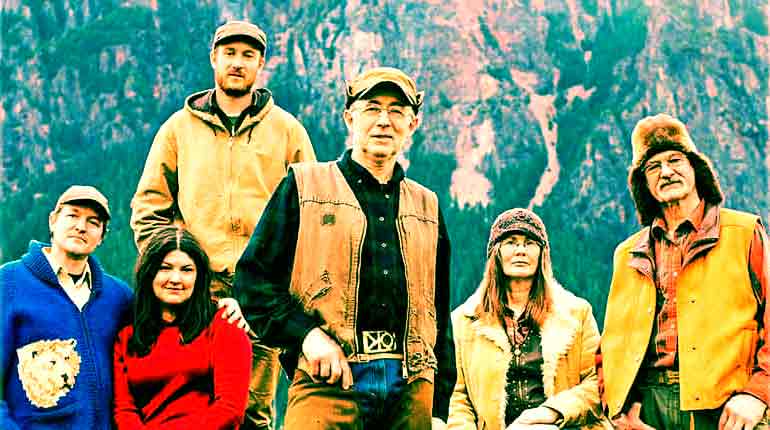 The Discovery Channel has produced a lot of good shows over the years, yet none more exciting than Alaska, the Last Frontier. The show’s breath-taking landscape sometimes makes us forget how harsh Alaska can be. If you are a fan of Alaska The Last Frontier, then you have probably already realized how potentially dangerous it can get in the winter. Accidents are therefore a regular occurrence. In this article, we will look at the history of accidents on the show. Has anyone ever gotten hurt? Has anyone ever died on Alaska The Last Frontier? These are some of the questions about the show we will look to answer today.

Who Died On Alaska The Last Frontier?

Despite quite some accidents on the show, some even near fatal, there have been no reported deaths so far. The rumors making rounds are simply unsubstantiated. All the cast members are still alive.

While not an accident, cast member Otto Kilcher did face a severe life-threatening health issue back in 2016. He suffered from a medical condition which made his blood clot. The doctor even went as far as to warn him that if the clot loosened and found its way into his lungs, he would be dead in 24 hours. Fortunately, this did not happen. The old man gradually recovered and got back on his feet, after days of being bedridden and in constant pain.

According to various reports, Atz Lee Kilcher slipped off a cliff on the 10th of August, while on a hike with a friend around Otter Cove in Kachemak Bay. His injuries were so serious that he had to be medevacked by helicopter to the hospital. The reality star suffered from two collapsed lungs, a bruised right hip, a fractured left shoulder, multiple rib fractures, a right scapular fracture, and two ankle fractures. 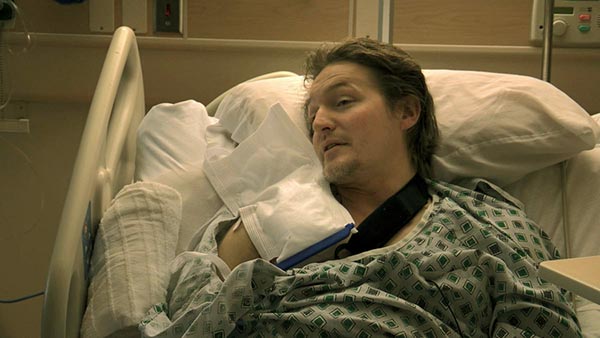 Atz Lee Kilcher at the hospital after the accident

Lee went on to sue the resort for $100K in damages. He claimed that the resort did not point out the dangers that came with walking along the cliff. The reality star’s exact words were “inadequate guarded and warned of the sudden precipitous edge of the land/drop. It is deceptive and dangerous.”

But the resort fired back, claiming that the reality star had assumed liability, before his fall. The resort claimed that Shane already knew the dangers of such a hike. They would, therefore, be looking to fight his suit in court.

The reality star went on to document his recovery on social media for fans. Presently, he has fully covered and is back on his feet.

Like Atz Lee, Shane Kilcher also suffered a life-threatening injury. The reality star broke his back after falling off a ladder while working on his cabin. According to reports, he suffered from a horizontal fracture extending two-thirds of the way through his [L2] vertebra as a result of the fall. 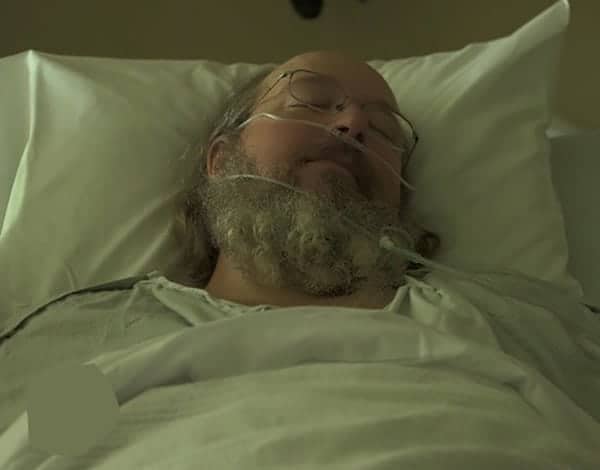 After accident Shane Kilcher at the hospital

Besides Atz Lee and Shane Kilcher’s life-threatening accidents, there have been no other serious incidents reported. This is not to say that there hasn’t been an occasional accident or two. Accidents are always bound to happen, especially where there is slippery snow in play. So maybe the ones that did were not serious enough to make the news and were only minor injuries. According to various reports, most of the cast is doing relatively well, besides the occasional mishap or two, but nothing too serious.

Despite all the drama we see unfold on screen, the cast is safe. They are well taken care of, and every situation is usually just exaggerated to bump up ratings. This is usually a norm for reality TV.

The show and its cast provide an interesting outlook into life beyond civilization. Upon watching it, you can’t help but wonder if you’d survive under the same conditions.