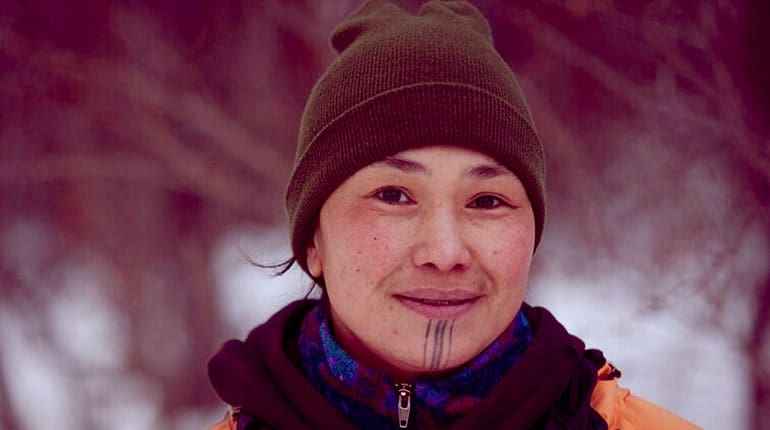 Agnes Hailstone is a nomad, survival expert, and reality television personality. She is so adept at living in extreme conditions that Nat Geo approached her to star on Life Below Zero.

From there on, she went on to become a household name. This has given Agnes the chance to work with the likes of Sue Aikens over the course of her career on reality TV. Get to know more about Agnes Hailstone as we examine her life in detail. We will focus on her tattoo, as well as more information about her first husband.

Agnes Hailstone in Life Below Zero.

Life Below Zero is a reality show that airs on the National Geographic Channel. The first episode dropped back on May 19th, 2013.  Flash forward 8 years later, and the show is in its 17th season.

The series follows the lives of Sue Aikens, Agnes, Andy Bassich and few others as they go about their day to day lives in the harsh conditions that Alaska offers. Agnes Hailstone came on to the show back on the 19th of March 2013.

The reality star Agnes Hailstone’s survival skills are on full display on the show. She is well adept at hunting, wielding a knife, and even a riffle that helps her hunt. The gun she uses is military-grade, boasting a range of over 500 meters. This comes in handy when it comes to hunting. Agnes Hailstone has even named her knife, something which fans find amusing. 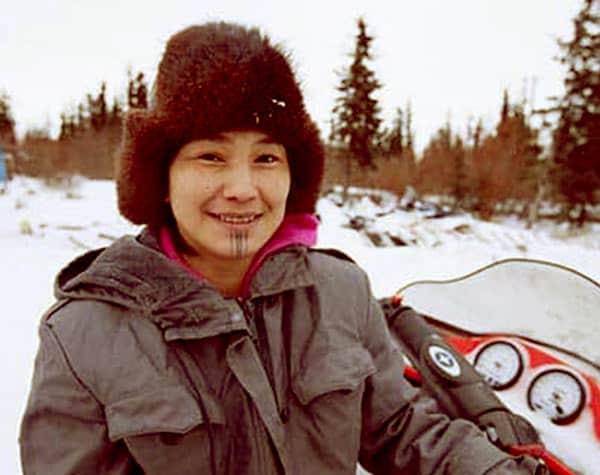 Even though she is a reality star, Agnes Hailstone is barely active on social media. This is in line with her indifference to technology in general. Fans who want to follow up on her progress usually have to do so by checking the show’s main social media page.

The reality star, Agnes Hailstone, has an exciting tattoo across her face. Fans of Life Below Zero will have undoubtedly spotted the lines inked above her chins. These are four lines that serve as age markers. Unless most tattoos you see out there, Agnes’ tattoos have meaning and are part of her culture and beliefs.

This is something Eskimo women get to indicate that they have reached maturity. Missionaries surprisingly discredited the practice.

It has, however, endured the test of time, as Eskimo women like Agnes Hailstone strive to keep their traditions alive. Let us switch focus to her first husband now, and learn as much as we can about him.

The survival expert Agnes has been married twice. Agnes Hailstone tied the knot to her first husband when she was just 19. While they did have a son together, the marriage did not last long.

Agnes Hailstone is now married to her husband, Chip Hailstone.

After divorcing her first husband, Agnes Hailstone would go on to marry a man named Chip Hailstone. His full name is Edward. V. Hailstone.

Chip came into this world back in 1969, and as such, turned 52 years old in 2021. He is from a little town in Montana known as Kalispell. 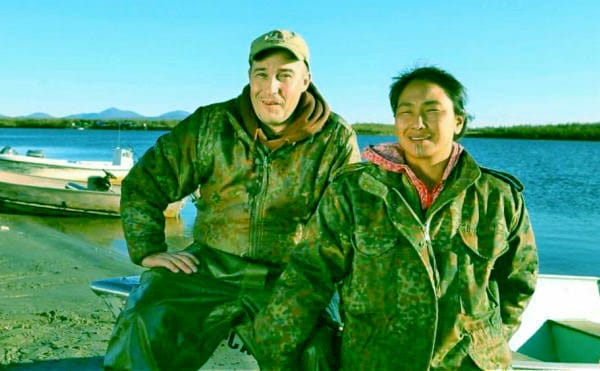 The couple met while Chip was vacationing in Alaska. Their connection was instant, and Chip decided to stay in Alaska permanently. After dating for a short while, the two decided to take things to the next level. They wed shortly after, and have gone on to have five children together.

Chip hailstone and wife Agnes’ marriage have undergone as a few hiccups along the way. Sometime back in 2011, her husband faced criminal charges and a prolonged stay in prison.

This came after he had allegedly given the police false information. While we cannot confirm whether this is true or not, it was reported that Chip Hailstone accused an Alaskan police officer of assaulting her daughter.

This came after an interview chip had given the Arctic Sounder.

Agnes and her husband, Chip, have six children together. These are five daughters and a son. The latter is from Agnes’ marriage to her first husband.

Although Chip is not his biological father, he still treats him like his flesh and blood. Their daughters are Caroline, Qutan, Mary, Iriqtaq, and Tinmiaq. 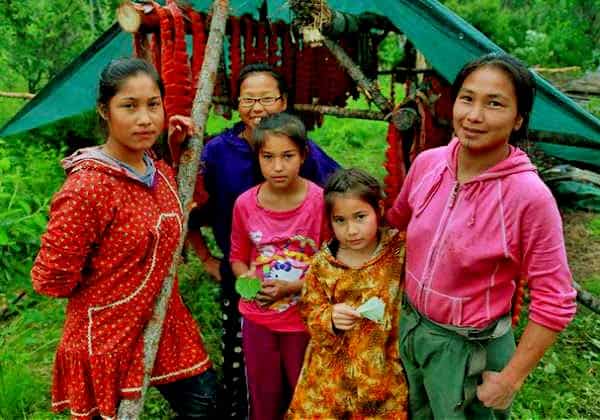 While the family’s living conditions may be regarded as remote, it has not stopped the couple from sending their children to school.

Education is clearly something that Agnes Hailstone values. By 2015, their daughter Iriqtaq was enrolling in college. All of her sisters have also passed through the school, as well.

The survival expert also doubles up as a reality star. This is what puts food on the table for her family. It is reported that Agnes Hailstone has an estimated net worth of $100,000.

Most of this comes from her time on the show, Life Below Zero. We were not able to determine how much she earns in regards to salary. However, it must be a substantial amount because she has been part of the popular show for eleven seasons now which makes Agnes one of its main stars, and as such, her income from it must be substantial. We will update the article with new information as soon as it trickles in.

Agnes Hailstone was born on the 14th of June 1972 in Noorvik, Alaska, which means that she turned 49 years old this year.

She is an Eskimo woman, and as such, observes most of her people’s traditions and beliefs. This is evident from the tattoo she bares on her face.

It is a sign of maturity for Eskimo women. Agnes is versed in many survival skills, which include hunting, gathering, fishing, naming a few.

In fact, it is reported that she built her first cabin when she was still a teenager. This is a structure that remains standing to date.