Where is Shelby Stanga now? His Death Rumors, What happened to him? 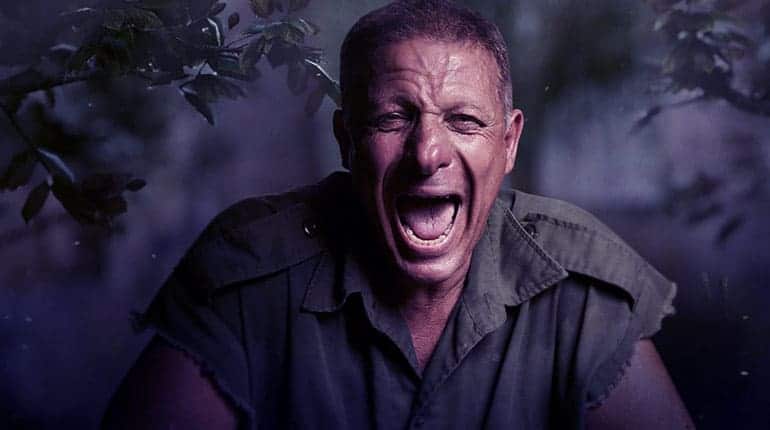 Shelby Stanga is a daredevil living on the Lousiana Bayou. He doesn’t hunt but instead makes a living off logging in the swamps. As a result, the Swamp man has developed a fan base over the years on History Channel’s Ax Men, The Legend of Shelby, The Swamp Man.

However, the latter only lasted for a season and got fans wondering where he went. That said, we caught up with the reality star and are here to give you an update on Shelby Stanga’s death rumours and his current profession.

What happened to Shelby Stanga? His death Rumors.

The show, Ax Men, is notorious with news on the death of some of its cast. While some are real, others have no moral high ground. We can never forget the deaths of beloved characters like Gabe Rygaard, Jimmy Smith, and William Bart Colantuono.

Rygaard perished in a road accident in 2013, whereas Jimmy Smith died of cancer back in 2012. On the other hand, William Bart had it the worse following his death after a helicopter crash. He was transporting the logs when the chopper came down, killing him instantly.

Shelby Stanga is also a subject to injuries and death rumours. However, they are more staged than factual.

The former Ax Men star Shelby Stanga was subject to controversy when word got out that the injuries and death reports were fake. Stories dictated that the scripts tilted to accommodate more stunts to pull in more viewers.

As we mentioned earlier, no moral high ground. It’s all part of show business. So, yeah, Shelby Stanga is not dead all that happened to him was some minor accidents. 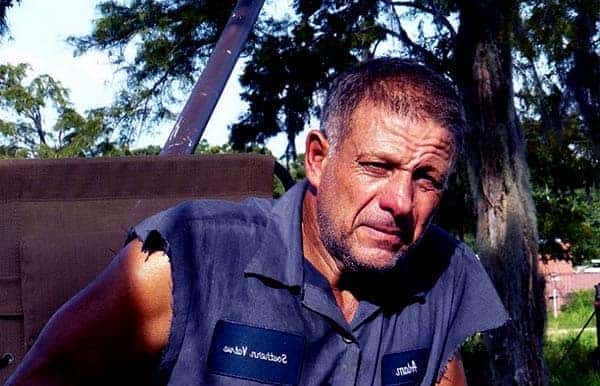 Where is Shelby Stanga?

A few years back, the reality star got himself into police custody with a scary-looking mugshot to remember it by. The arrest and charges came after the swamp man trespassed into one of his neighbour’s compound and went crazy with his axe.

Reports have it that he chopped down a Cypress tree to add to his collection. By the looks of it, Cypress trees are under strict protection by the law of the county.

Additionally, everyone who knows Shelby Stanga can atone to his forty-ton barge of a pirate ship called the Leviathan. Sometimes he gets carried away and sails it, earning himself the title, King of the Swamp.

On a different note, however, Shelby Stanga doesn’t keep track of his social media accounts. He only posts once in a while on Facebook, making it hard to keep track of his activities. Regardless, he currently navigates through the Louisiana Bayou where he lives with his family.

After a brief hiatus of laying low, Stanga is back at it on History Channel’s The Return of Shelby the Swamp Man. This time around, he has a sidekick named Angela, who is just as daring as he is, if not more. The reality show had its first season run in 2018 with only five episodes. 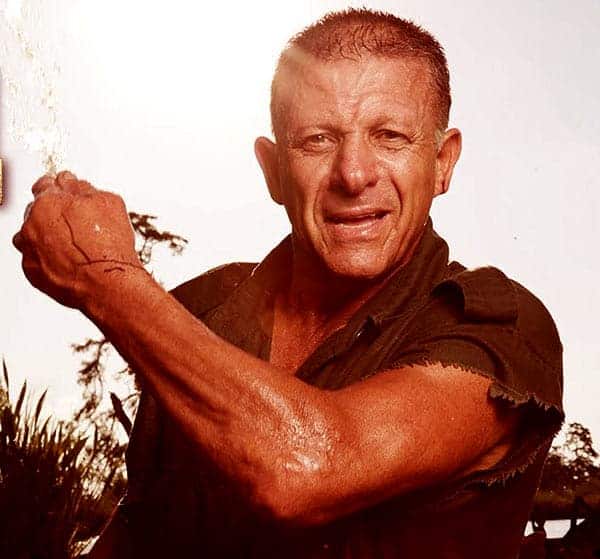 Shelby Stanga from the TV show, The Return of Shelby the Swamp Man.

In retrospect, we first met Shelby Stanga on the reality show, Man vs. Wild in 2006. He had been a logger ever since he was a kid, pulling ancient sinker logs from the Swamps of New Orleans. The Swamp Man landed the gig on Ax Men in 2008 and subsequently, The Legend of Shelby The Swamp Man.

From his entire career, Shelby Stanga’s net worth amounts to over $400K. 61-year old Shelby shares his wealth with his wife, Donna and their kids who have never made light on television. However, they do make appearances on his Instagram occasionally.