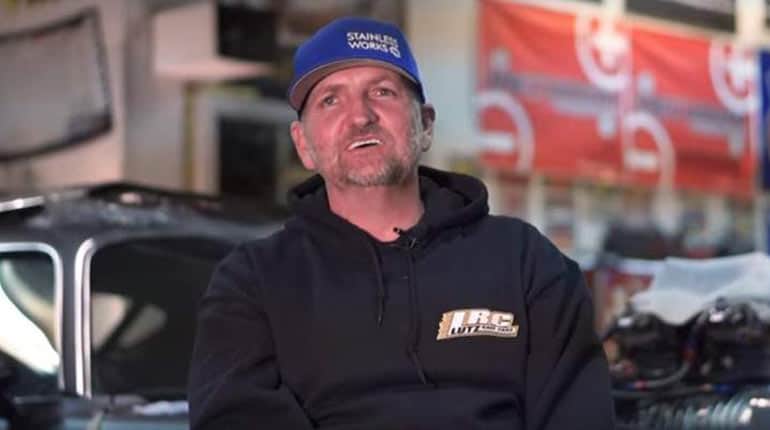 Jeff Lutz is an American reality star famous for his appearance in discovery channel’s Street Outlaws. He is mostly known for his customized 1969 Chevrolet Camaro popularly called the Mad Max. He has also made a name for himself because of the drag record at the Hot Rod Drag Week: a fast street event where racers engage in races and dragstrips usually performed on public roads. Right now find out about Street Outlaws Jeff Lutz wife, net worth, age and any other interesting points from his Wikipedia page.

Jeff Lutz Net Worth and Salary

Street Outlaws Jeff  Lutz is currently a successful owner of Lutz Race Cars based in Pennsylvania. He doesn’t just make his money from the business though, he also makes appearances on reality TV shows.

He is also quite inventive and resourceful. Together with his cast mates on the Discovery Channels’ reality TV series, they build Hotrods and race them in championships as well as tournaments.

Caption:- Street Outlaws Jeff Lutz have Net Worth of $1.5 Million.

Jeff is an experienced racer and worth millions due to the number of years he has dedicated to the field. He is a two-time Hot rod drag week winner.

Jeff Lutz’ net worth is estimated to be around $1.5 million which continues to grow steadily. While this street outlaws cast’s current net worth is impressive enough and in reports of growing slowly, his popularity has reduced slightly after the introduction of a new cast member called Big Chief on the show.

However, that does not mean Jeff Lutz is any less of a racer and is one of the most beloved members of the show proven by his amazing net worth.

His cars and motors

Unlike other members of the show, Jeff never had a passion for racing or cars when he was younger. This was because his parents had no interest in cars.

He, however, developed the passion for cars when his brother: a former marine, bought a Camaro after the Gulf War. He let Jeff first get the behind the wheel on a drag strip. It was this experience that began his interest in cars and soon to become his career.

His life in the racing dates back when his father bought him his first car; a 74’ Nova Hatchback. However, during his teenage years, the car was confiscated when he was caught driving it without a license.

Street  Outlaws Jeff Lutz and his car modification company have worked on several cars. He has traded and even bought some cars off it.

He is the sole owner of a 1969 Camaro Pro Mod which is commonly referred to as the Mad Max. He also owns two 1957 Chevrolet Bel Air with twin 98mm Precision turbos that almost look the same.

He built the new car in 2017 with his son. The car debuted in the 3rd annual tri-five national bowling green competition on August 2017 in Kentucky. He is currently back on the show with the new Chevy ready to take the crown.

Street Outlaws Jeff Lutz is married to wife Christine Lutz and have a son Jeffrey Jr.

Away from his full-time career, Jeff Lutz is also a husband and father to his son Jeffrey Jr. His son is currently in his late-twenties and has followed in his father’s footsteps.

He is also a street racer. Jeff Luts is married to the beautiful Christine Lutz on July 31st,1989 into becoming his wife and has stayed happily married to her for over 22 years.

We have no intricate details about their married life or background on Jeff Lutz’s wife but Christine looks like a fine woman and perfect wife material for Jeff. 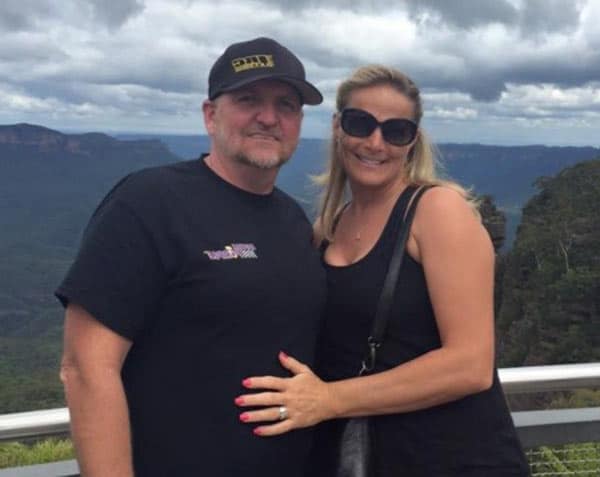 Jeff is quite open about his personal life as he is seen sharing pictures of his family on social media platforms.

Jeff Lutz was born on May 15th,1970 meaning he recently turned 51 years of age. Despite his age, Jeff has competed and won with other racers younger in spirit and elder on experience. Little is known about his educational background.

Before he rose to fame, he slowly made a living from construction. He was a Bricklayer in a construction company with his own crew.

He made friends in the field and when the housing market crashed, he had it easy to switch careers and dive straight into automobiles. 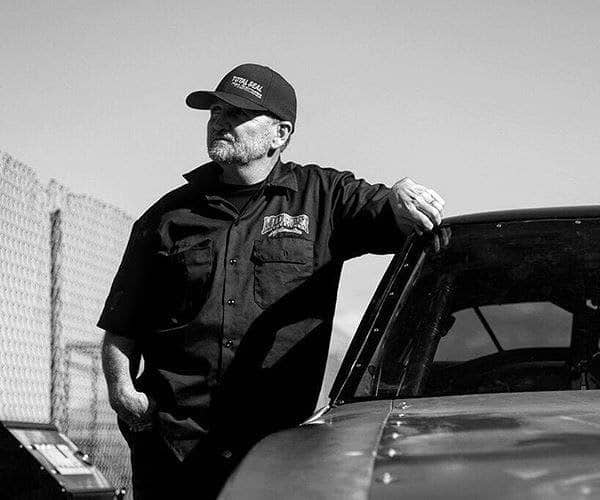 The 51-year-old racer has also been a regular at the drag week competition.

He competes with Scott Murray: his co-pilot prior to when he had his son as his co-pilot before he made off to start his career as a street racer as well.