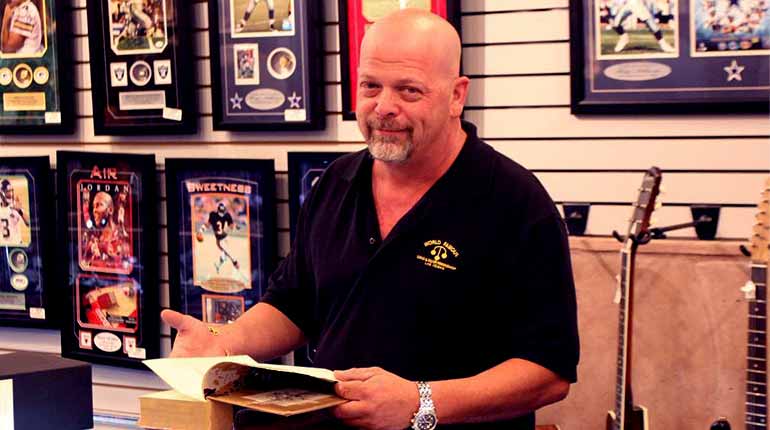 Are you familiar with conservative activists? If you are, then Rick Harrison may be the name that comes to your mind. Rick has been an activist against the ‘stupidity of socialism’ as he would put. This was the recent activity that has brought him to fame apart from hosting Pawn Stars a reality TV series in the History channel.

Rick is a famous TV personality that has hit the news for quite a while. Rick is also famously known to be a libertarian. This was when he criticized Hillary Clinton for lacking foreign policy achievements. Today, we shall be looking at Rick Harrison’s net worth and also get to know about his house and cars.

Rick Harrison career began from scratch. Currently, Rick is a prominent businessman and a great TV personality. Rick Harrison started by working for his father at a Gold and Silver shop that was in Las Vegas, Boulevard. He worked tirelessly in daytime then went about repossessing cars at night. Rick and his father expanded the Shop business and later on moved into a larger working space.

Richard Harrison, his father, sought to convert the shop to become a pawn shop. The problem was to get issued with a license. To run a pawn shop, they had to acquire a permit based on the number of population. Eventually, they received the license. That was back in 1989. In 2005, the shop had fully developed.

The duo was earning an interest of about $700,000 to loans they issued to people. The shop has ever since been performing well. They deal mostly with Jewelry. This is how his business gained roots up to where he is currently. Besides that, Rick Harrison had intentions of developing a show about their shop. 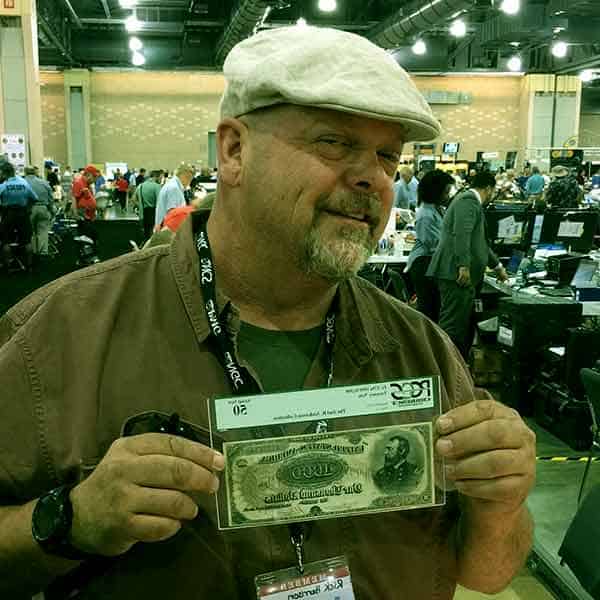 In 2003, the pawn shop was featured in the Insomniac show by Daniel Attell. Insomniac is a central comedy show. After airing numerous episodes, the Insomniac episode expired. Rick then began to look for other production studios that would keep the show running. In 2009, The History channel took over the show. So far, they have had 15 seasons and 300 episodes.

The Pawn stars have over the years become the most famous TV shows on History Channel. As a result of that, numerous spin-offs have been created concerning the show. These include Cajun pawn stars, American restoration and counting cars.

Rick Harrison’s career is one of a kind. He is seen to be a hard working man. The tireless efforts that he had while a teenager finally paid him off.

Rick Harrison’s net worth has grown over the years through many twists and turns. He fast began making a lot of money while he was a teenager. Rick sold fake Gucci handbags for $2000 per week. This is what made him drop from high school.

He thought that he could make more money if he would focus more on business. Other sources of income are like the Pawnshop and the Pawn stars TV series. In 2014, History Channel paid Rick $15,000 per episode.

Rick Harrison’s net worth must definitely have moved a notch higher at this point in time. The show at that time was making about $3 million. At this time, it is not identified as to how much the show makes. The payment has gone higher since pawn stars have been ranked as the favorite show in History channel.

Apart from being a media personality, Rick is a prominent businessman. Harrison and his father co-owned a Pawnshop till recently Rick’s father died. After his death, Rick was left in charge of the shop. By being in charge, Rick Harrison’s net worth went up.

Another source of income is from the History Channel. The channel pays the pawn shop a large amount of money to act the Pawn stars series. 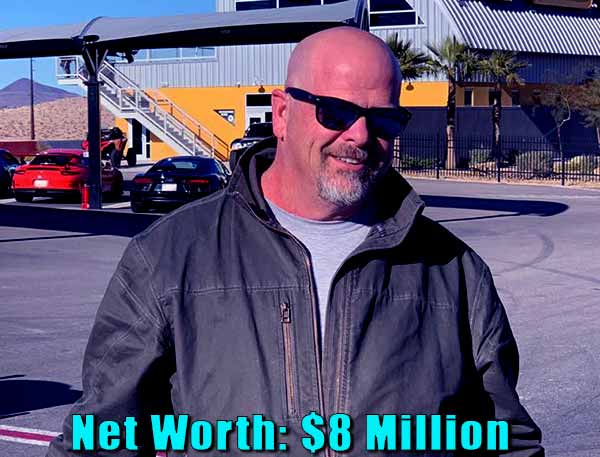 From all the sources of income mentioned, Rick Harrison net worth is $8 million.

Rick Harrison owned a rock country clubhouse. He repurchased the house in 2001. The house stands on an 8,845 square foot. The home has a massive wine cellar that can hold 1000 bottles. Harrison also added that the house has a 150-inch screen, which is situated in a twelve seater home theatre.

When it comes to the exterior of the home, it is made up of Jerusalem Limestone which costs one million dollars in the current market. His house is an ancient home but full of fantastic designs. Currently, he wanted to sell his house which goes at $3.99 million. This is because his six children no longer live with him since they are all grown up. 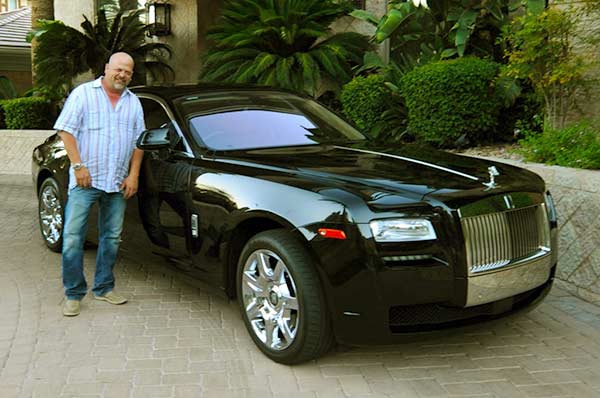 When it comes to cars, Rick knows how to choose wisely. Rick owns a Porsche Panamera. Porsche is a world leader in terms of sports cars. It has has a rating of 440-Horsepower. The twin turbo-v6 makes the car for engaging at high speed in a short period. Porsche Panamera costs $104,000.

Rick has been in 3 relationships. The first was with the prominent author Kim Harrison. In the marriage, Kim and Rick had two sons, Adam and Corey. 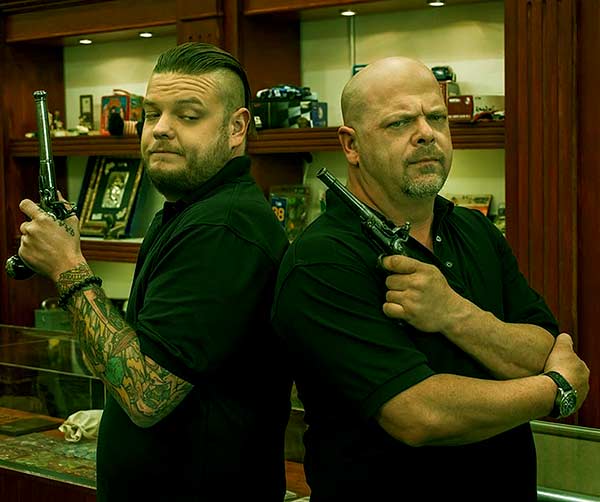 The two got married in 1982 and divorced in 1985. His second marriage was with Tracy Harrison. They had one son, Jake. They got married from 1986-2011. Currently, Rick got married to Deanna Burditt. 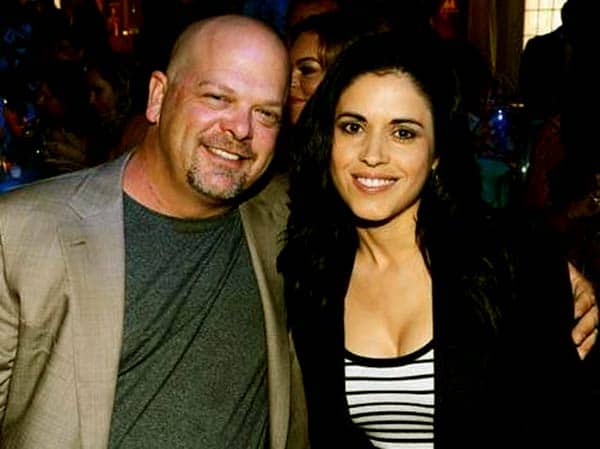 Rick’s father died on June 5, 2018. Richard Benjamin suffered a long battle with Parkinson’s disease. On his burial death, an American flag was placed on his casket since he was a former U.S navy.