Facts about Pawn Stars Chumlee’s Death. What Happened to Chumlee on Pawn Stars? 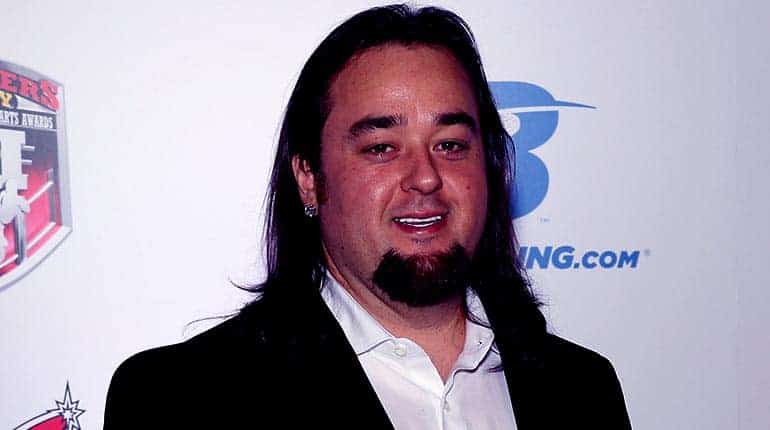 Chumlee, born Austin Lee Russell on September 8th, 1982. We want to get down to facts about Pawn stars Chumlee’s death; to know whether this is verified or another story on the Gossip tabloids. He is a fan favorite in the show “Pawn Stars”. This show is aired on the History Channel Television.

The show revolves around the daily working routine of the Gold and silver pawn shop in Las Vegas. This is where Austin “Chumlee” Russell has worked since he was the age 21. The pawn shop is owned by Rick Harrison, who manages it with his son, Corey Harrison. Read this to know about Pawn Stars Chumlee’s Death, Know what happened.

Corey Harrison is Chumlee’s best friend. Austin Russell was nicknamed Chumlee by his father because of his large face and chin. It resembled the famous animation character on the show “Tennessee Tuxedo” known as Chumley. He had previously stated that he is of Mexican, Native American and Scottish descent, but this information has never been verified. Austin Russell worked for the Pawn shop for five years before the show premiered on television.

Is Chumlee from “Pawn Stars” dead?

In May 2013, an article was posted on the “Internet Chronicle” website claiming that Austin Russell had passed away. This revelation shocked many fans of the “Pawn Stars” show on History channel. The website went a step ahead and posted reactions from different celebrities, friends and even Rick Harrison himself.

The Gold and Silver Pawn Shop manager was quoted saying that it was a shame to lose him (Austin Russell), just like that. The news spread faster than wildfire. The “Internet Chronicle” website claimed that he died from Marijuana overdose.

A year later, there was an article about Chumlee’s death on eBuzzd. It alleged that he passed away due to a heart attack. It further explained that since he was in the habit of trying to lose weight Chumlee changed his diet and his body could not adapt well to the changes. The two stories were completely false information. Some went ahead and termed it as a publicity stunt aimed at publicizing the two internet sites. 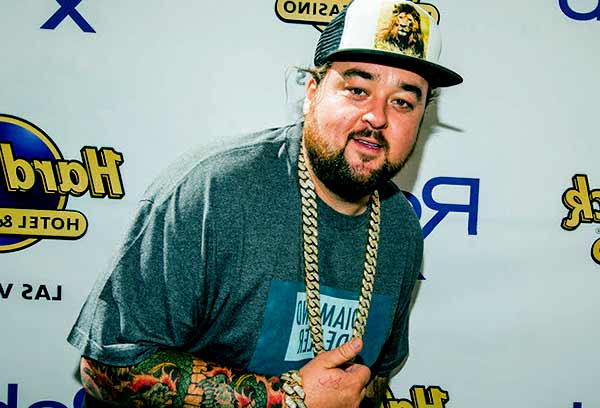 Chumlee is very much alive as evidenced by his continuous tweets and appearances on the Pawn Stars show. He recently rallied customers to buy candy at his candy shop, just opposite the Gold and Silver Pawn Shop. This tweet was on July 2017, several years from the false rumors.

What happened to Chumlee? (His arrest and the jail sentence)

In March 2016. Police arrested Chumlee at Clark County. The charges were felony, illegal gun possession and drug abuse. The police were initially acting on a sexual assault claim by an unidentified woman. The woman claimed that Chumlee sexually assaulted him.

Police got a search warrant for his house. The Las Vegas police were astonished to see huge quantities of drugs and other paraphernalia. There were white packaging bags with white residues, complete with a measuring scale. This led the police to suspect that he was a drug dealer. The drugs seized ranged from weed and methamphetamine. 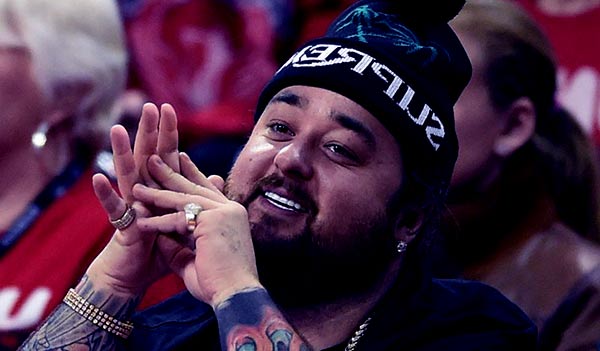 What’s more, the Las Vegas police found a safe room completely locked and disguised. They found white residue in a plastic packaging bag complete with a rolled dollar bill. They suspected it was cocaine. In the same room was a dance pole. You can only imagine what happened in this room. This room was later named the Chum Chum room. Austin Russell was arrested on illegal drug and gun possession charges. The Las Vegas police had probable cause to seize the guns and drugs that were in his house.

Is Chumlee still on “Pawn Stars”?

After the death of Richard Harrison on June 25th, 2018. Fans of the show “Pawn Stars” doubted whether there would be a season 16 of the show this year. Yes, the show is on and Austin Russell alias Chumlee will be starring on it. 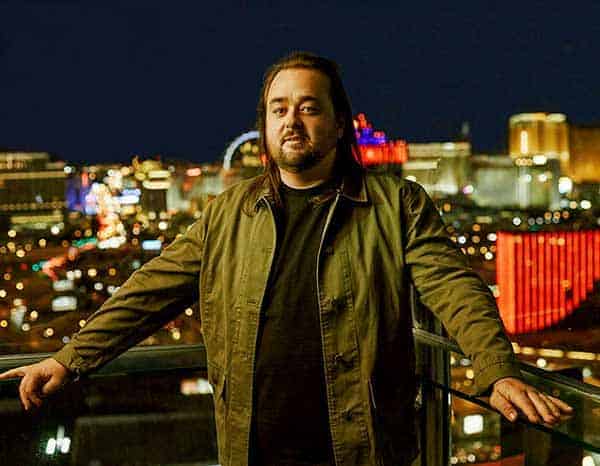 Known for his childish humor and lack of good decision making, Chumlee became the star of the show. Though he has been lying low for a while after the scandals, you should expect to see less of Chumlee this year. What do I mean by less of Chumlee?

I mean you will see a less size of Austin Russell. He has lost considerable weight after undergoing the gastric sleeve surgery. Season 16 featured a tribute to the old man Richard Harrison. Presently, the show is in its 19th season, and Chumlee is still very much a part of it. 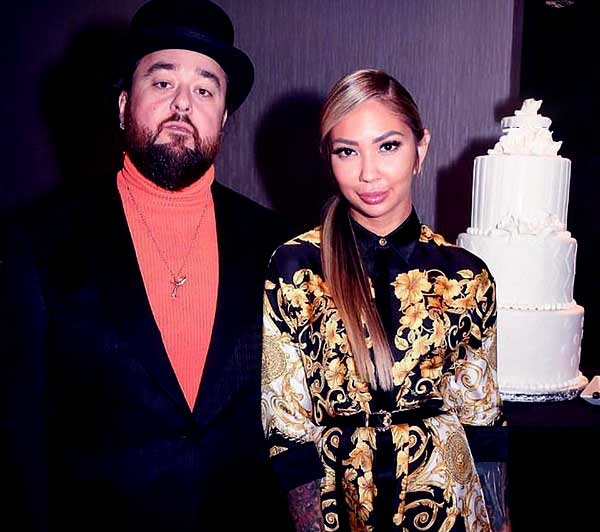 For many years, Austin Russell was dating Tanya Hyjazi, with whom they were living together. She was of Lebanese descent and worked as a chef at Las Vegas casino. Some noted that her culinary skills helped Chumlee lose some weight. 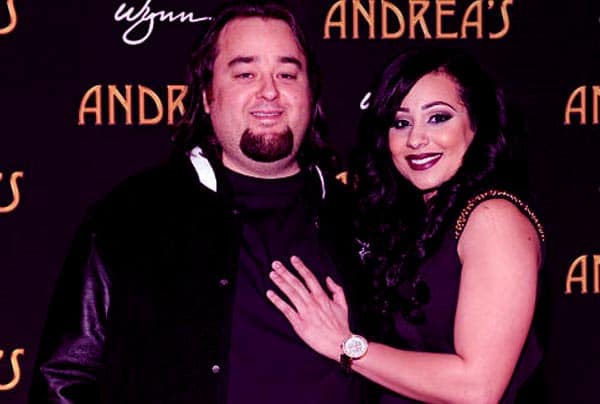 Chumlee with his ex-wife Tanya Hyjazi

In 2013, Austin Russell admitted to the Las Vegas Review-Journal that he paid for Tanya to get a boob job. That is when their relationship attracted much attention from the tabloids. The relationship ended after Chumlee was arrested, but later released on bail. Austin Russell and Olivia Rademann held their engagement party at the Detroit Ballroom in Las Vegas.

They were walking down the aisle in 2019. Their wedding was held in Hawaii, in what was described as a private ceremony. A short while after their wedding, Olivia had to move to a different state in order to pursue her education. Chumlee remained in Las Vegas as the two experimented with a long-distance relationship. He took to social media to talk about how difficult it was spending time away from his wife.

Chumlee’s net worth is $5 million. For every episode of “Pawn Stars” he gets $25000. Apart from this, Chumlee opened a candy shop to further increase his income. 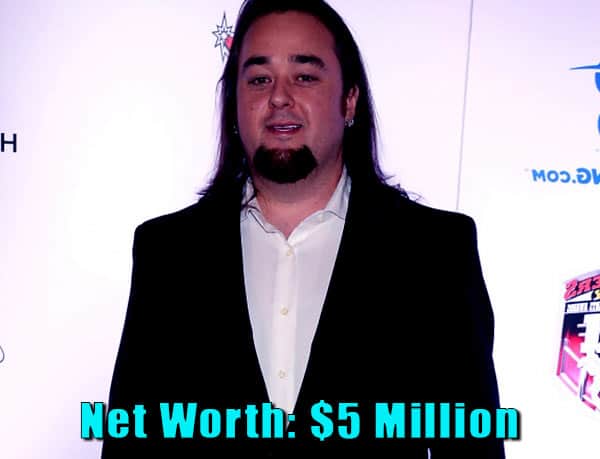