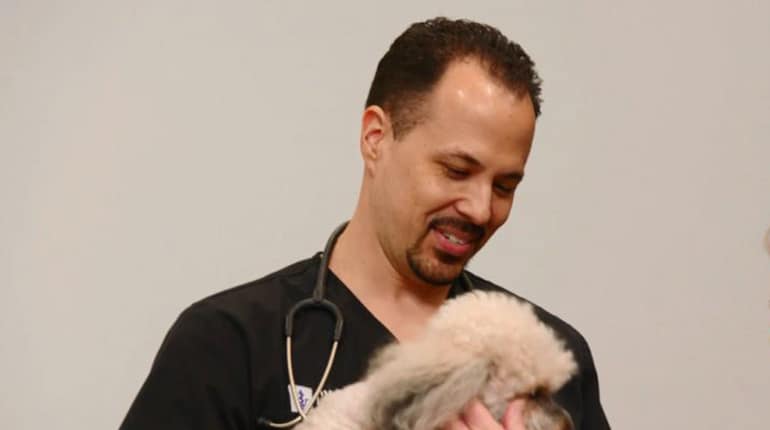 Animal Planet’s The Vet Life introduced a new and exciting reality TV series featuring three friends and partners as animal experts in Veterinary Medicine. The show follows on the prime time lives of the doctors as they try to solve various animal challenges that are brought forward by locals as seen on the show while balancing their work with their family. Let us now focus on Dr. Michael Lavigne, one of the Veterinarians and highlight personal information such as his Wiki-bio, marital status, ethnicity, and age.w

Michael Lavigne is indeed married to a beautiful wife, and together they have two children, a son, and a daughter. He is however very hesitant with the details regarding their names or date of births and likes to keep it private, unlike other Reality TV Stars.

He knows how to balance his work and personal life by spending more time with his family and two dogs, especially on the weekends. The breeds of dogs he owns are a French bulldog and a Schnauzer mix dog named Yama and Woody respectively. 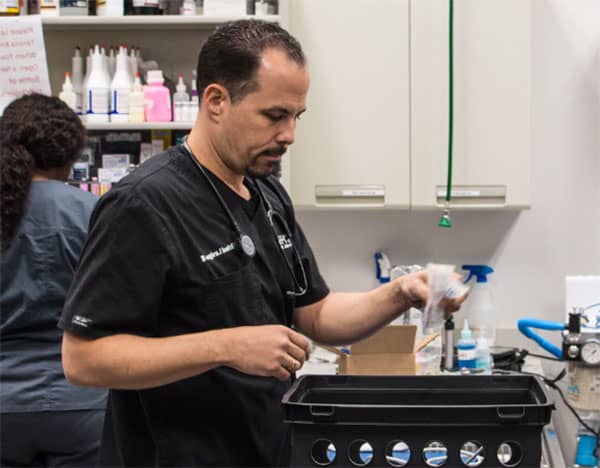 Caption:- Dr. Michael Lavigne is a Family man but his family identity is not public yet

Dr. Michael Lavigne has not revealed much about his wife and married life but he is often found talking about her in some of his interviews.

When asked about his favorite trip in an interview, he said,

“As for my favorite trip it was was the time I and my wife drove from New Orleans to Miami back when we were still dating.”

“She just finished school, and I wanted to surprise her with a little trip, get away, have a little rest and relaxation, a good time,”

“It was my first road trip as an adult. It was just the two of us. We rented a car, I got a hotel, and we just went down there to go have a good time by ourselves. What made it really memorable was I realized a good three hours into the trip that I forgot all my money at home, and we had to turn around and go back,”

“We wouldn’t have had enough money to do anything, so I was like, ‘Well, we’ve got to go back and get it.’ So that definitely made a memory,”

Looks like Dr. Maichel Lavigne is truly in love with his wife and they are living a happy life.

Dr. Maichel Lavigne is just as serious about his finances as his character on the show. Being a family man with the need to provide to his family, he has had a successful career living a comfortable life. His salary from the show and total net worth since he started his career as a medical practitioner remain undisclosed to the general public.

Sources if income includes his partnership with his co-stars on ownership of Animalscopic – a foundation that oversees the future of Veterinary Medicine. Other sources include the wages he earns from his appearance on the hit Reality TV show. 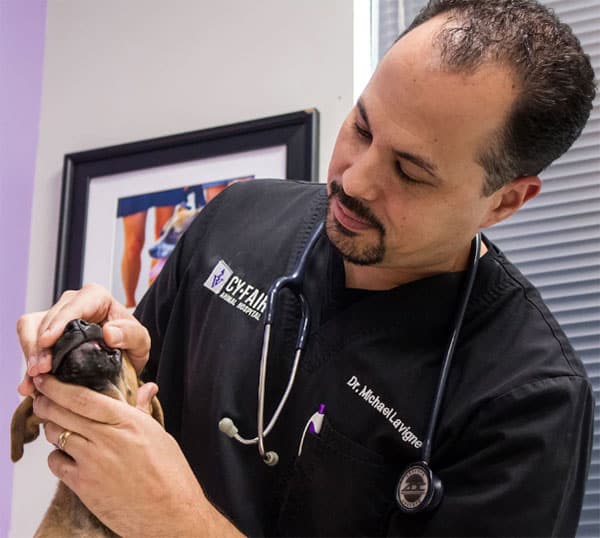 Caption:- Dr. Michael Lavigne’s main source of income is from his job as a Vet.

The TV sensation flaunts his wealth with his collection of rims and muscle cars. Animals aren’t the only things he is enthusiastic about. His favorite car is the 1974 Dodge charger that he currently owns. His other rides include a 2010 Dodge Ram truck and a 1965 Chevrolet Impala.

How Old is Dr. Michael Lavigne? His ethnicity and race.

The muscle car enthusiast looks as sharp as ever on the new season of The Vet Life. He mostly engages in activities like hiking, golfing, fishing and camping with his wife and children.

His light-skinned color may fool some people, but he is black and of the Black American ethnicity. Additionally, Michael was born on the 14th of November 1974. As such, he’ll turn 47-years old before the year ends. 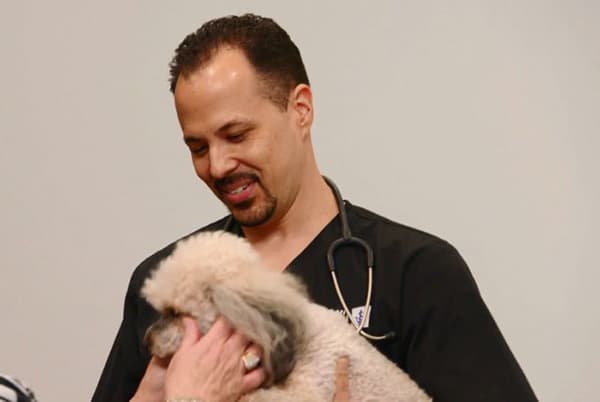 Dr. Michael Lavigne was born in San Francisco, California but his family moved to New Orleans in Louisiana where he grew up.

He may not have been the brightest kid in the class, but he managed to graduate High school and also pursue a career as an Undergraduate in Biology at the Xavier University in Louisiana.

He got the title Doctor after he pursued his calling as a Veterinary doctor by earning his Bachelor’s degree at the Tuskegee University in Alabama.

He majored in soft tissue surgery after several years of service practicing general veterinary medicine in Las Vegas, Nevada after graduating in 2007. The doctor later reunited with his former friends from Tuskegee, Dr. Aubrey Ross, and Dr. Diarra Blue and co-founded their Veterinary Hospital called Animalscopic. It was Dr. Blue’s sister who coaxed them to try and make a docu-series about their line of work. 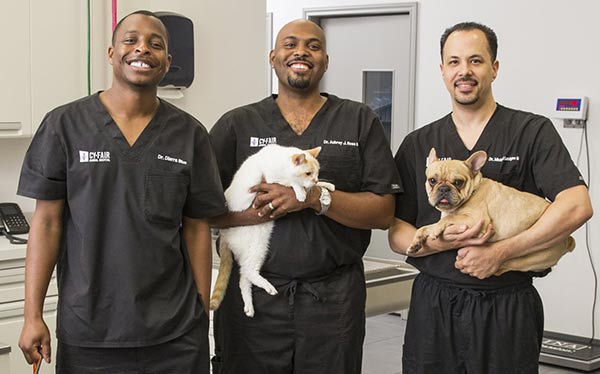 However skeptical they might have been of the idea at first, it all turned out great in the end.