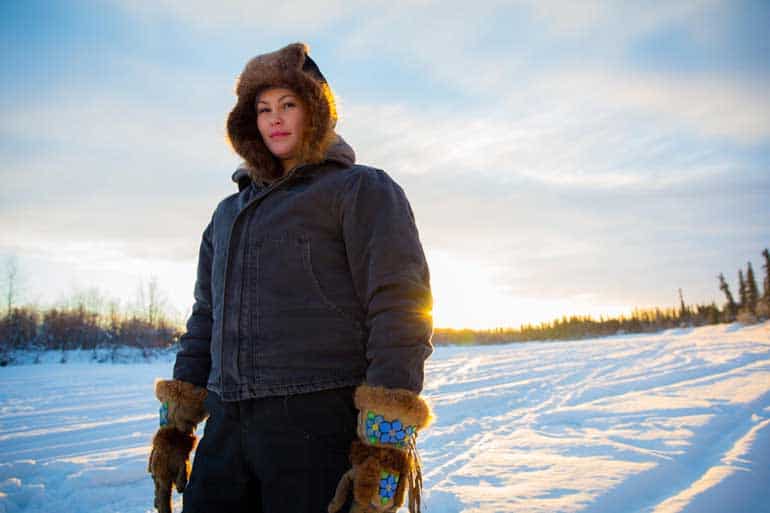 The Discovery channel is home to many thrilling and survival shows. One to hit the small screen is the unscripted and exciting American cable television series, Yukon Men. The show highlights the survival tactics of the lives of some few residents of the small village of Tanana located next to the river.

Don’t let the title fool you. The show also has some female cast members who are remarkable at what they do. We take a look at Courtney Agnes, her husband, children, net worth, personal life, Her black kid and so much more in wiki bio.

Courtney Agnes is married, and her husband is Archie Agnes.

The TV personality Courtney Agnes is married to husband, Archie Agnes. Her husband has very little screen time and rarely makes appearances on the show. This is because he is always working. Archie is employed in a big oil rig up North Alaska where he spends weeks or even months trying to provide for his family.

In an interview, the TV star reveals that her husband is the quiet and shy type. He is an outgoing, outdoor person who is very competitive in local races. He used to compete at the Yukon 800 boat race but later hang up the robes to venture in Snowmachine races. In her own words.

Archie is a really quiet guy and he’s often gone for his job.  He works on an oil rig up north in Alaska.  He usually works 2 weeks on and then has 2 weeks off, but he has to add 2 travel days to the days he’s gone so we basically get him 12 days per 28 days. 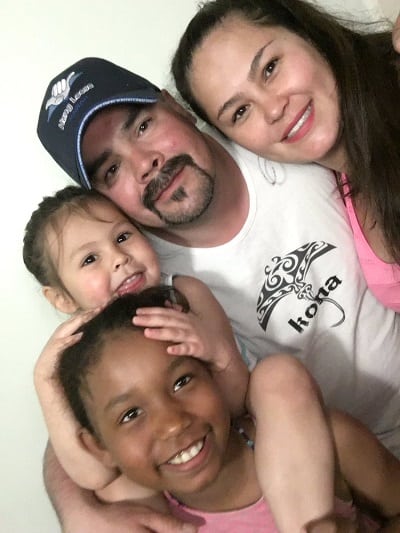 Courtney Agnes appreciates and understands the sacrifices her husband Archie has made to provide for the family. She says:

He sacrifices so much to provide for us to live here in Tanana.  It’s a really tough work environment that he has to leave us for and we really appreciate him.

Now the reason why you don’t see Courtney Agnes’s husband in the show too often because Archie is kind of a shy guy and likes to avoid the camera.

The Yukon Men star Agnes said in an interview that her husband is an outdoorsman much like herself but likes to keep space from the camera, he is shy. In her own words:

He’s an avid outdoorsman like I am, but way shyer than me. He also lives for speed.  He used to race boats in the Yukon 800 race and now races snow machines in the Iron Dog across Alaska.

Archie is an amazing dad to their daughters. He has been very patient and kind, Courtney Agne’s husband is also a pushover when it comes to their daughter and likes to enjoy time with the family.

Speaking of family, he is the loving father of two adorable daughters. His eldest, Frances, also known as Cuppy got the adorable nickname from her chunky physique when she was younger. Most viewers of the show seem to notice and ask about Cuppy’s paternity. 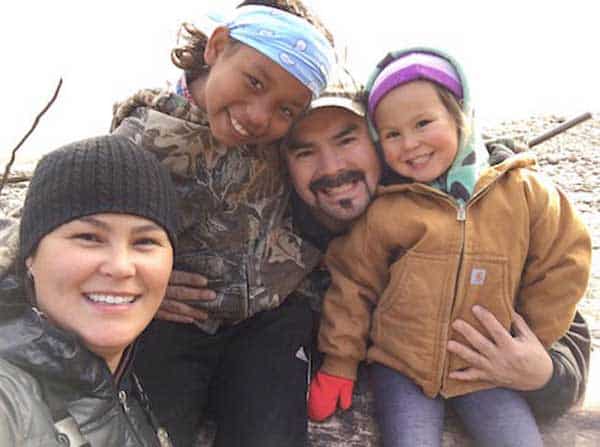 Courtney Agnes Has a Black Daughter(Adopted) and her Biological Daughter Carrie.

Her black heritage is unknown. Her origins are from Fairbanks where she lived for a year before was adopted by the couple back in February 2014. The process may have been lengthy (two and a half years) but was worth it in the end.

Courtney Agnes’ adopted daughter of black ethnicity was already part of the family when Courtney had her youngest daughter Carrie. She was born in 2013, which makes her 8 as we speak. Agnes has partnered with her sister to become the highlight of their family.

She hasn’t shared the name of the father of her

The Yukon Men star mostly became famous from her appearance ever since the show premiered in 2012. It’s believed that Courtney Agnes has amassed a substantial wealth from her role. As of 2021, Courtney Agnes’ net worth is $50,000.

Most of her income comes from her salary from the cable series, Yukon Men. Other sources of livelihood include training dogs, winning mush races, fishing, hunting and ornament making.

She makes beautiful traditional beads and handcrafted jewelry. It’s not much, but it does help in feeding her family.

The mother of two was born in Alaska where she was raised. Growing up, she was a straight-A student. Her social skills weren’t on point since she spent most of her teenage years with her head buried in books. She was raised by her parents Pat Moore and Lorraine Moore. Courtney lived with her brother, Thomas and some of their cousins while growing up.

Her mother was a provider and made sure they had all the necessities they required. Unfortunately, she was diagnosed with an aneurysm and arthritis that she has battled with for quite a long time. Courtney enrolled at the University of Alaska where she lived on campus. A few years later she dropped out and went back to her roots.

Being the main cast of the tv series “Yukon Men” she has shown an impeccable surviving skill. Her bold appearance in the reality tv show has received a lot of appraising from fans all over the world. Her Twitter page has over 7,000 followers.

One fan of her expresses how he admires her bravery.

Courtney you are the bravest! Watching you go after that bear in your backyard was thrilling. You really do show no fear- just get in “the zone” like you said and you went after that bear.

She is a tough woman. Another fan wrote:

I take my hat off to you, your one tough young woman. Something you don’t see a lot of these days to help feed your family. I’ve seen your husband on the show the day you shot that moose, so I know he does exist.

Also, many fans don’t hesitate to appraise her beauty, one fan wrote:

Courtney, my name is Trey Cooke i have sent ur father a message but i would really like to come out there and help. i know u guys get messages all the time but i really think i would be a great team player. i want to get out of the city but i kno i would never survive out there. i am a very hard working person and i never give up i really hope you guys consider my offer to come and work for your family.

Now you know everything about Yukon Men Courtney Agnes’ Husband Archie Agnes, her black daughter and net worth in wiki type biography.