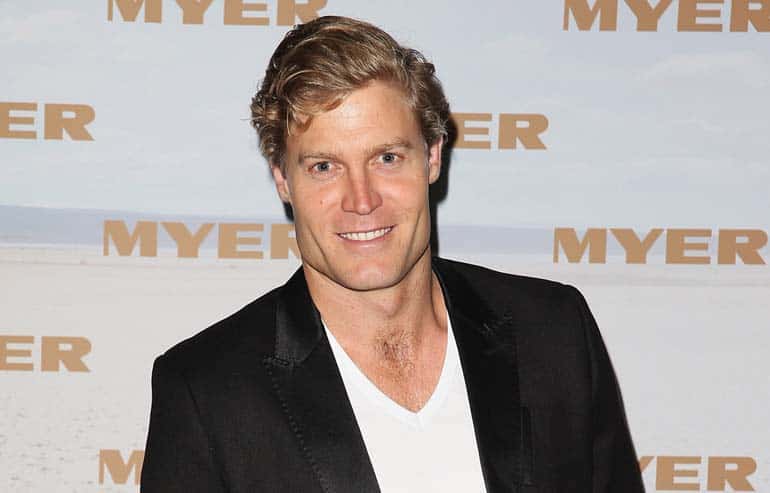 Doctor Chris Brown is an Australian veterinary doctor, author, and television personality. He is best known for his television show, Bondi Vet. In 2018, he launched a reality television series. Vet Gone Wild aired on Discovery channel, and follows Brown as he travels the world to help save and treat animals of all species that are in need of medical services.

He visits African countries like Namibia amongst others. Thailand has also been a recipient of Dr. Brown’s expertise. Find out more on the Bondi Vet and Vet Gone Wild’s cast Dr. Chris Brown’s net worth, wife, age and wiki-bio here.

One of the women has dated is his former girlfriend, Kendall Bora.

The pair first got together in the September of 2016 on the set of the jungle reality show: I’m a celebrity…get me out of here! In November 2019,  Brown was supposed to bend the knee and ask her to be his wife. This was revealed by Woman’s Day, a magazine about celebrity News, Lifestyle, and the Royal Family. 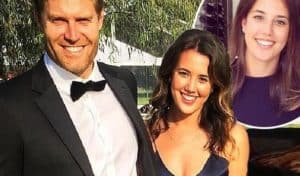 However, the proposal did not happen. Currently, Chris is dating 29-year old model, Brooke Meredith. A few tabloids suggest that this relationship is rocky as well.

Not much of Dr. Chris Brown’s net worth is out in public, but his sources of income are well known. Apart from being a veterinary doctor, Dr. Brown has had loads of television shows in which he hosted or co-hosted at his age.

In Australia, Television networks like Network ten for which Dr. Chris Brown has worked with as a host, pay a minimum of 100,000 dollars per episode. This figure gives you a sneak peek of what Dr. Chris Brown’s bank account and overall net worth.

In 2018, Dr. Brown started a new show Vet Gone Wild which is part of the source of his monthly income. As it already is, it is challenging to say what Dr. Brown’s salary is, unless the network he works for reveals it. 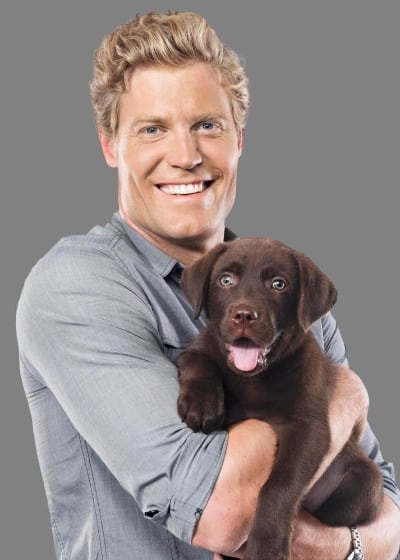 Apart from working as a host, Dr. Chris Brown is also an author. He has written veterinary guides and books such as The Family’s Guide to Pets and Tales from a Bondi Vet which have sold several thousand copies worldwide. His writings form an additional source of income for Dr. Chris Brown.

For a person who can buy a beach house worth 5.8 million dollars, it suffices to say that the Doctor is filthy rich.

Dr. Chris Brown with his parents

Brown was born into a family of five including father and mother. He is the baby of the family because he is the youngest of them all. He has two older siblings; Tim, who is an environmental engineer and Matt who is a Biologist. Their Father and mother go by the names Graham and Anne respectively.

His father Graham is a veterinary doctor, from whom Chris got his inspiration. Aside from his love for animals being instinctive and natural. According to Woman’s Day Magazine, Graham expresses his desire to see his youngest son start a family of his own.

That is if he manages to turn his girlfriend into a wife. Chris Brown has two nephews from his other two brothers, so the pressure is on for him to have a family of his own.

Chris Brown has sold his Bondi house for 2.5 million dollars for a new suburban home in Sydney in which he moved in with his ex-girlfriend, Kendall Bora. He originally bought the house at an approximately 1.29 million dollars making close to double the profit from the original amount. Good business right? The new home cost him roughly 5.8 million dollars

As already mentioned, his net worth is unknown. Dr. Chris Brown did not become a vet just out of the blues. The sudden demise of his dog and best mate Claude at a young age is what convinced him he had to become a veterinary doctor.

Most people also don’t know the fact that he was offered a two-episode role in the American soap film The Bold and the beautiful but the good doctor turned down the offer. Dr. Brown is also quite the amateur magician. He came close to pursuing it as a career.

Dr. Brown’s father Graham, wanted him to be a pilot professionally but that did not come to be as he chose to be a veterinary doctor. Chris Brown says his favorite animal to work on is the giraffe citing understanding the intricate way in which their circulation works to keep them from passing out an unusual characteristic of the animal. 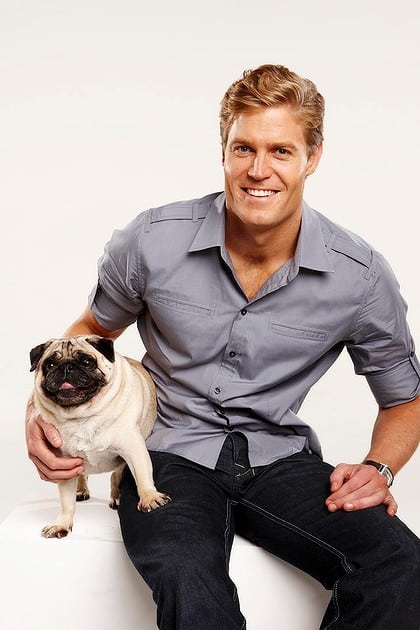 Born on the 11th of September 1978, Dr. Chris Brown is 43 years old. He was born and raised in the suburbs of Merewether Heights, New South Wales, where he attended Merewether public school and Merewether high school.

He was an excellent academic performer, a straight-A student it is said. Being smart led him to study Veterinary Science at the University of Sydney and graduated with a first class honors in the same year, 2001.

After graduation, he accepted a job offer to work in a clinic on the north shore of Sydney, working as a vet. In the third year of this commitment, while telling stories over a beer at a pub in Mosman, New South Wales, he got spotted by a Seven Network Agent who arranged for a screen test. Two weeks later Chris Brown began filming as the new veterinary doctor on Harry’s practice.

The impact was so enormous that he went on to receive the nomination for a Logie award for ‘Most Popular New Talent.’ After a series of collaboration in shows and lifestyle television such as channel nine’s Burkes Backyard co-hosted by Don Burke.

He released his first book titled The Family’s guide to pets, a book whose aim is to guide people when choosing a pet animal. The piece sold over 25000 copies.

In 2009, the breakthrough television show that gave him his fame, Bondi Vet, came into fruition through Network Ten. Recently, Chris Brown released a new book titled Tales from a Bondi Vet. In 2018, Vet gone wild, a program through launched on the Discovery Channel

Dr. Chris Brown is sure a well-decorated Vet. The first-class honor in veterinary science speaks for itself. Being the host of favorite veterinary shows propels him further in the pedigree as an achieved personality.

His net worth is a reflection of his career. He has a kind and loving family and a girlfriend who he is soon to turn into his wife. Best of luck to Bondi Vet Dr. Chris Brown, the good doctor in new series Vet Gone Wild. Not that he needs it though