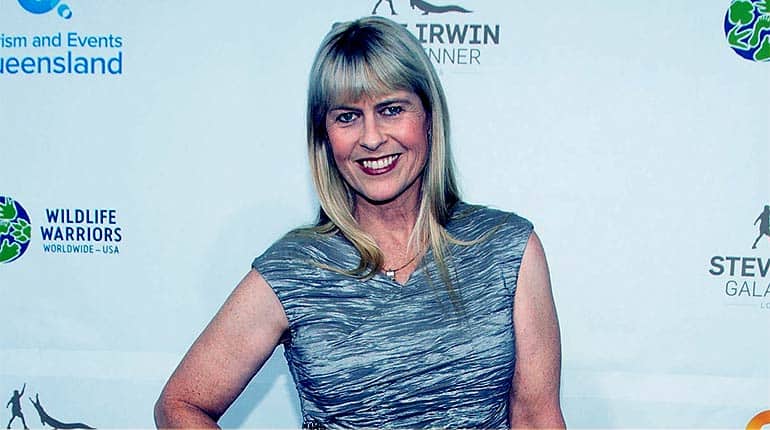 Terri Irwin is an animal rights activist, naturalist, writer, producer, and actress. She is famed for her work as a naturalist. When she was in her early twenties, Terri started a center that was aimed at helping wild animals.

In regards to her television career, Terri has appeared in a host of programs. These include Wild Times, Crocodile Hunter Diaries, and Collision Course. Terri is also a published author, with titles that include The Crocodile hunter and My Steve.

Learn more about Terri Irwin in this review, as we dive into her personal and professional life. Get to know Terri Irwin’s net worth.

Who is Terri Irwin?

Terri Irwin is an American born naturalist who presently resides in Australia. She is also the proprietor of Australia Zoo in Queensland. The Zoo has its roots back in the 70s and was started by Terri’s late husband’s father.

The couple would use the money they earned from their time on reality television in order to refurbish the zoo. They would even go on to set up an animal hospital right next to it.

Back in the 80s, Terri founded Cougar Country. This organization tasked itself with caring for injured wild cats like cougars, and even bears.

A few years later and she started working at an animal clinic. Around the same time, she would host various events for children where she would showcase some of her many pets. 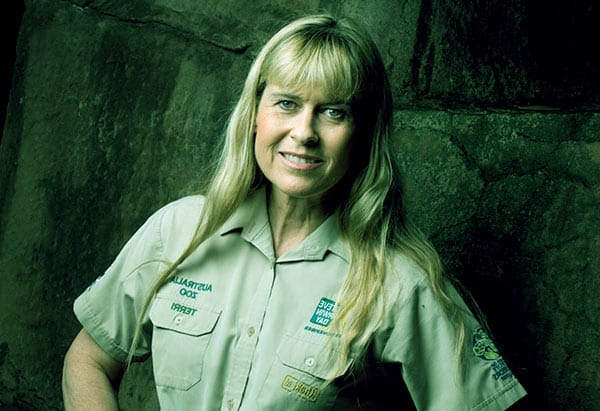 In regards to television, Terri Irwin has been a part of numerous shows over the years. She filmed her very first television show while she was on her honeymoon with her then-husband. This would later go on to feature as the very first episode of the Crocodile Hunter. This dropped back in 1996, and since then went on to rack up eight seasons.

Other shows she starred on include Croc Files, Wild Times, Bindi the Jungle Girl and Crikey! It’s the Irwins. They would eventually work on a film titled The Crocodile Hunter: Collision Course alongside her husband back in the early 2000s.

Terri is also a published author. Some of her renowned works include The Crocodile Hunter,  My Steve, and Crocs and Gators. Terri co-wrote most of these books with her former husband Steve. Most of them detailed their day-to-day lives with dangerous wild animals.

Terri has also been fundamental in promoting animal rights. Several years ago, she ran a successful mining campaign that negatively impacted the environment.

Terri Irwin is a television personality, naturalist, author, and zoo owner. Over the years, it is reported that Terri has built a $26 million empire in her image.

She is also entitled to a $6 million grant annually from the Australian government for running the zoo. Other than that, her foundation receives numerous other awards to keep it up and running. 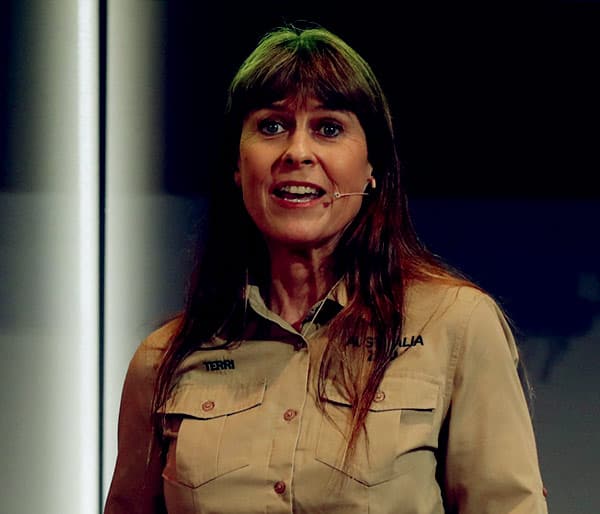 Terri also makes a decent living as a television personality. She has appeared in multiple reality shows. As such, Terri Irwin has a net worth of $66 million as of 2021.

Terri Raines-Irwin was born on July 20th, 1964 to Clarence and Judy Raines in Eugene, Oregon. This means that she turned 57 years old earlier this year. Terri was brought up to value and care for all living things. Her parents taught her to care for animals. By the time she was in her twenties, Terri had started a wildlife conservation organization.

Later on, Terri moved to Australia, where she met the love of her life, Steve. They were bound for their unique love for animals, and as such, their relationship grew serious.

The two went on to get married and have two children together. Steve and Terri built a wonderful life for each other, growing not only in their personal life but also in their professional ones.

Tragedy would, however, hit the family hard when Steve passed away 15 years ago as a result of an accident while he was filming.