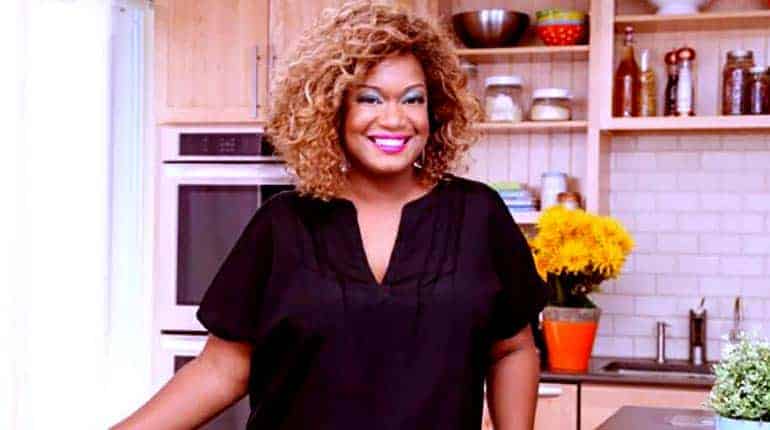 If you are a foodie, you must have heard of the name Sunny Anderson. She is the real definition of beauty and brains as she has had the taste of careers that are complete opposites. Would you like to know more about Sunny Anderson? Then keep it locked and find out more on her age, net worth. Stay tuned to know if chef Sunny Anderson is married to a husband or is she a gay?

Who is Sunny Anderson?

In the year 1995-2001, Sunny worked as a radio personality on different radio stations. Examples are KCJZ and KONO-FM in San Antonio and WYLD-FM and KUMX in Fort Polk, Louisiana. When she was 26, she decided to settle in New York and continued working as a radio personality. This was between 2001 and 2003.

Her first TV appearance was on the Food Network in October 2005 where she was a guest on the Emeril Live program. She later began hosting How’d That Get On My Plate? in July 2008.

Anderson also proudly hosts Cooking for Real and has also served as a co-host for TV program Gotta Get It. Between 2006 and 2007 she worked as a food and lifestyle editor for Hip Hop Weekly magazine. 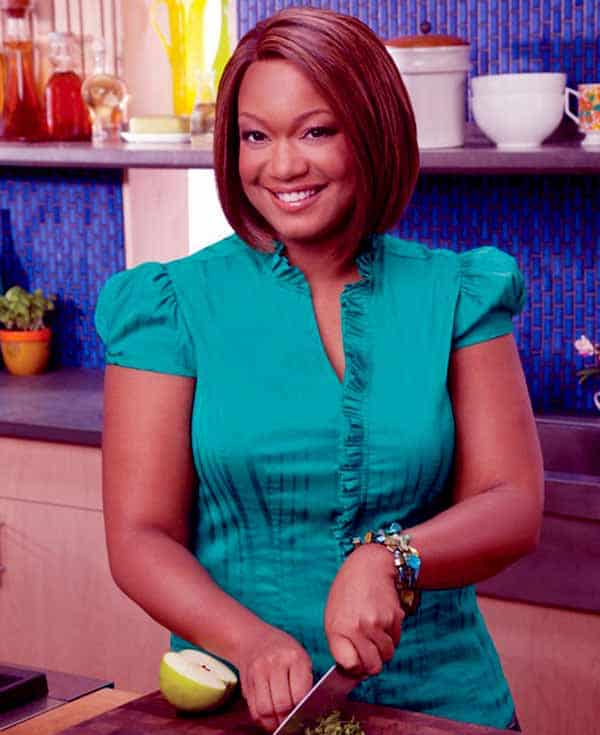 In January 2014, Sunny Anderson again became the co-host of the TV series The Kitchen. She has also appeared as a guest on very many shows such as The Wendy Williams Show, Good Morning America, and The View, among other shows.

Who is Sunny Anderson Married to?

Many of Sunny Anderson’s fans have been eagerly awaiting the news of a wedding, but unfortunately, this will not be anytime soon. She has no husband and does not seem interested in settling down now.

There have been rumors of her dating Chef Aaron Sanchez. This was in 2013 just after he had a divorce.  Sunny rubbished claims that she and Aaron were lovers and labeled him her “play boyfriend.”

She also admitted that her parents had in the past met two serious boyfriends and knows quite well about her dating priorities with no future goals. 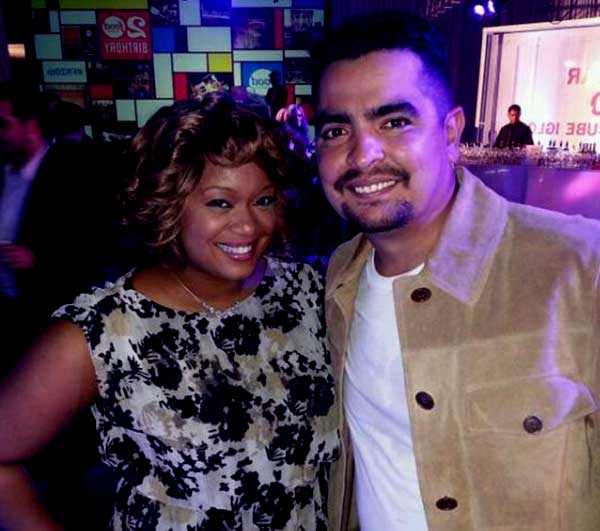 In an interview in 2019, she said she is in a relationship with someone but did not reveal who it is. She mentioned that she loves hanging out with her husband-to-be boyfriend and even cooking for him. Let us hope that Sunny has finally got a man she can in the future call her husband.

The fact that Sunny Anderson has kept her relationship matters hidden under the rug, some of her fans rumored the possibility of her being gay and loving women in a sexual way.

In as much as she has not confirmed these rumors, her on and off past relationships with men indicates that there is no way Sunny could be gay. 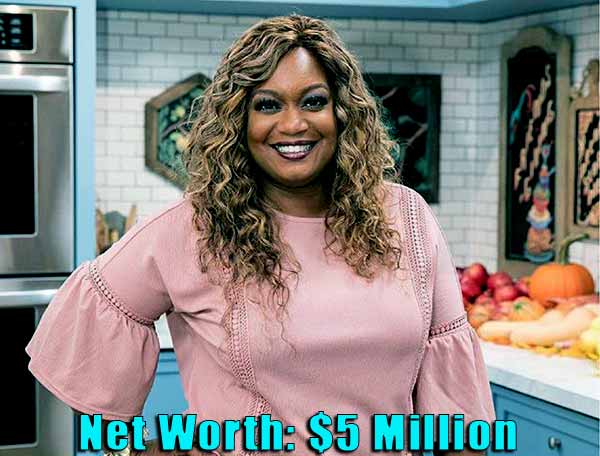 Sunny has been able to make this much money in her life through her TV host career, being a cook and her life serving in the army during her past.

With a thriving career, her net worth is set to keep going up.

Sunny Anderson was born on April 9th, 1975, and is presently 46. She was born in Lawton, Oklahoma, USA and was raised here by both her parents. They were of African-American descent. Her mother is Linda Anderson, and her father is Thomas Anderson. Sunny’s father was an army man, and both her parents were foodies.

She went to Madison High School in Texas and graduated from Loyola University. In June 1993, after graduation, Sunny joined United States Air Force. Here she earned the rank of Senior Airman and also worked as a military radio host in Korea. She was discharged from the Air Force in June 1997.

Sunny has been battling ulcerative colitis which she was diagnosed with at the age of 19. She has one brother, name unknown.

Since Sunny claims to be in a relationship, we do hope she eventually has this man as her husband, and they get married as her age is slowly catching up with her. As for her net worth, we can only watch it keep growing.