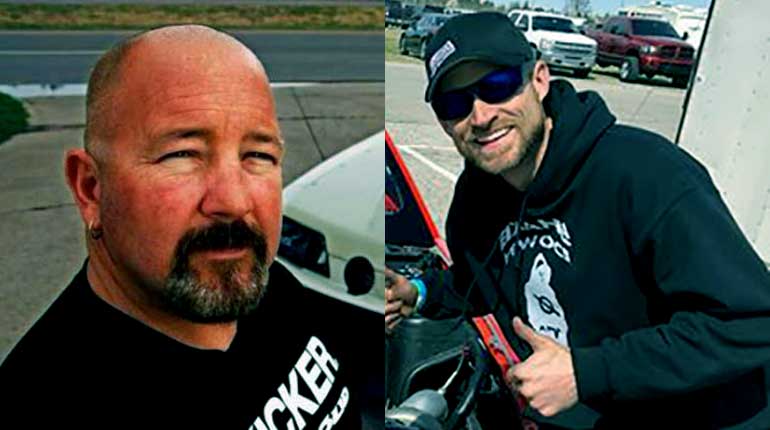 Discovery Channel’s Street Outlaws: No Prep Kings recently rolled out its racing schedule with the third season set to premiere in Spring. This weekend marked one of the season’s first few races in Maryland Int’ Raceway, Mechanicsville. However, fans who normally cheer at the smell of burning rubber when the cars speed off were treated to a gladiator match between Chuck and BoostedGT – minus the weapons of course. Here’s the complete breakdown on Street Outlaws Chuck fight with BoostedGT.

Chuck vs. BoostedGT Fight. Who won?

The physical altercation between Chuck Seitsinger and Chris Hamilton (BoostedGT) lasted for a few seconds before they got separated. The battle ensued after the pair were embroiled in a heated argument that saw Chuck use the ‘F…bomb’ on BoostedGT.

But that’s not all. The racer also threw water at Chris’ face. You’d think the water would help cool down the situation but instead, it fired up Chris into a Frenzy. BoostedGT rocked his world with a couple of punches underneath the scuffle for a few seconds before they got separated. 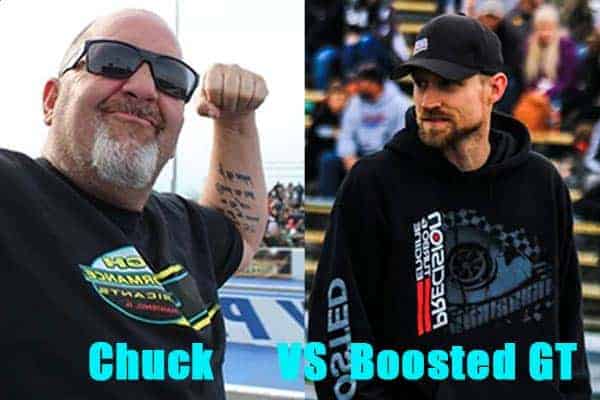 So who won you ask?  Well, fighting is usually considered primitive and an immature way of solving disputes. Nonetheless, we’re not judging, and since you’re already here, it wouldn’t hurt to quench your curiosity. When the dust settled, BoostedGT’s shirt got torn and here’s the video of how the event unfolded.

You’d think they would shake hands and call it a truce; after all, they are both public figureheads, but that wasn’t the case. A day after the scuffle, Chuck took to social media and posted;

“There was no fight, I never swung at all, Boosted interrupted my conversation with some fans, he swung several times, he scratched my forehead, he should ever fight another human, unless it’s a small child, needless to say, I will finish it tonight, keep your phone up, I won’t disrespect the fans or the show, I will disrespect Boosted after this is over.” 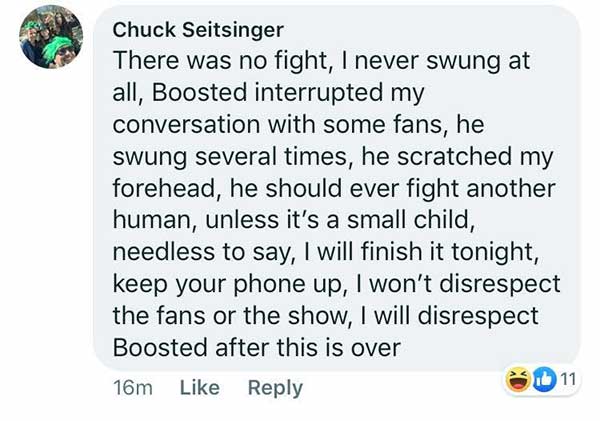 Of course, Drag addicts/fans in the comment section would have any of it. They cited that he drew first blood with his waterworks rather than taking the high road.

In response to Street Outlaws Chuck’s fight with BoostedGt, Others also called him out on some of his previous outbursts that were also uncalled for. What’s even more shocking was the fact that no one seemed to comment on BoostedGT’s reaction. Moreover, he has not responded and seemed to be chill about the whole situation.

In conclusion, we have no idea on the grounds of the brawl or whether it was fake or not. Needless to say, the editors at Pilgrim Studios will either have an easy job dramatizing the whole ordeal by giving it a story or a hard time cutting it out. Our money is on the drama part. We’ll just have to wait for the new season come Spring.

The next set of races will take place at the New England Dragway, Epping, NH come May 24th- 25th.