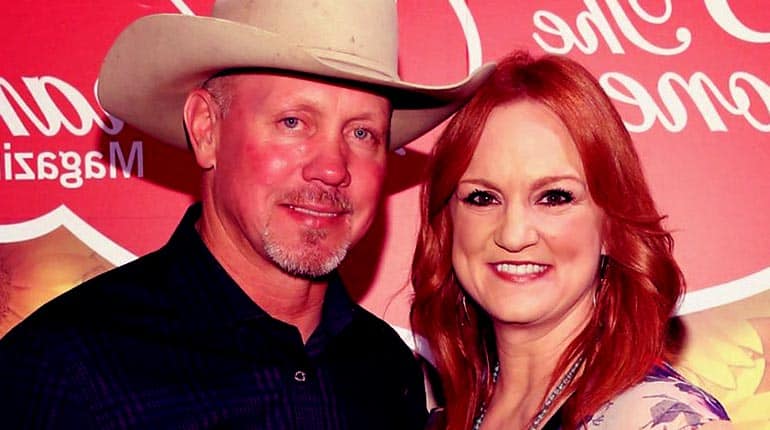 Ree Drummond is an Oklahoma-born television host, photographer, writer, blogger, and food critic. Her show, The Pioneer Woman, is one of the reasons why she became a household name. Presently, she lives on a ranch in Oklahoma with her husband and family.

Ree Drummond’s husband Ladd Drummond, is the focus of our review today. He comes from a family of ranchers and is a proud cowboy. Drummond Land & Cattle and Co is a ranching business Ladd runs with his family. We will take a closer look at Ladd Drummond, focusing on his net worth and wiki-bio.

Who is Ladd Drummond? His career info.

Ladd Drummond is an American Rancher. He comes from one of the most prestigious ranching families in the country. Ladd works full-time on the ranch. It was not surprising to learn that he is a 4th generation rancher, meaning that it is something that runs deep in the family.

Ladd Drummond’s family owns Drummond Land & Cattle Co. It was started back in the 1800s by Ladd’s ancestor, Fred Drummond, a native from Scotland. At the moment, it is a very successful business which deals with rearing livestock. They raise over two thousand cattle and horses at the ranch.

The Drummond family is ranked as the 23rd largest land proprietor in America. Their land reportedly spreads across 433,000 acres. Sources say that Ladd Drummond’s family has received over $20 million from the government. This was done to ensure the care of the animals on their ranch. Things have not always run smoothly for the Drummond family. 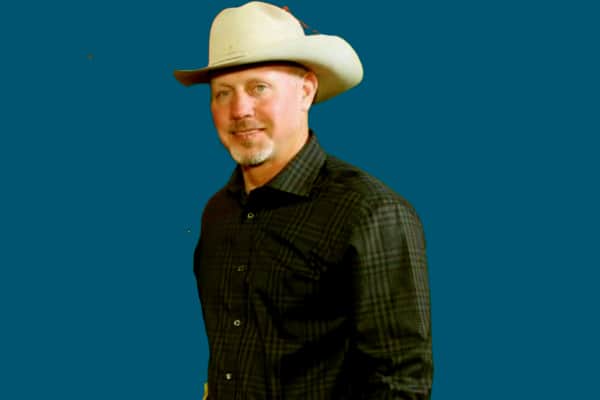 In the 90s, their ranch was barely on its last legs as their cattle herd was hit with the Mad Cow disease. Minimizing their spending became essential to their survival. This meant sacrificing family vacations, as well as other non-essential things. Their resilience paid off, and they got back on their feet soon after.

Ladd and his family would also start starring on the show, the Pioneer Woman back in 2011. It first premiered on the 27th of August and boasts 29 seasons under its belt so far.

In total, it has released more than 200 episodes on the Food Network. The show documents his wife’s acclimatization to life on the ranch, and the Oklahoma-based dishes she comes up with within her kitchen. All of the members of Ladd Drummond’s family are featured on it. The Cowboy and his family launched the Mercantile, a restaurant in Pawhuska, Oklahoma back in 2016.

Ladd Drummond has been married for about 25 years now. His wife’s name is Anne Marie Smith, though she is commonly known as Ree Drummond. The two met at a bar in Oklahoma. Ree had relocated to Oklahoma in search of a fresh start.

She was just about to apply to Law School in Chicago when Ladd swept her off her feet. Shockingly though, Ree was quoted saying that Ladd waited four months before getting in touch with her after their first meeting. 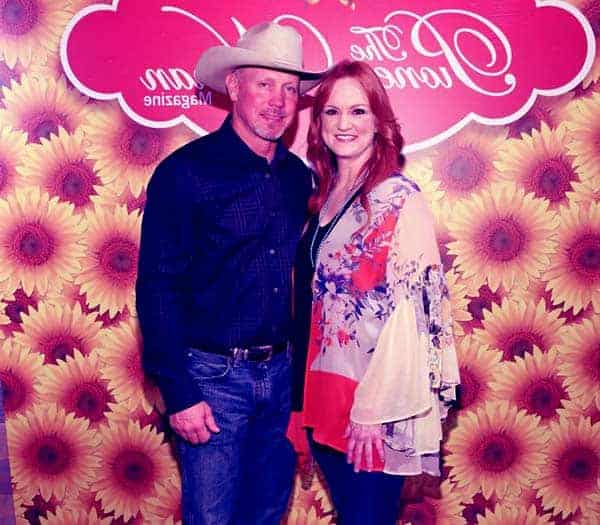 The two would go on to date for some time before finally tying the knot. This came on the 21st of September 1996. Presently, the two have four children: Todd, Alex, Bryce, and Paige. It is also interesting to note that while her sons are homeschooled, their daughters are university graduates.

It could be that Todd and Bryce are being groomed to take over the family business one day. Ree Drummond Husband Ladd and his family reside in a ranch located about 8 miles from Pawhuska, Oklahoma. Ree gave up her life in the city in order to make their relationship work. 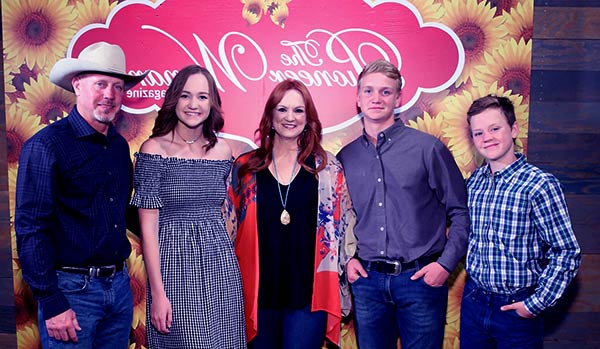 Ladd Drummond with his wife Ree Drummond and with their kids Todd, Bryce and Paige

Ladd is a rancher by profession. He runs his family’s ranch alongside his brother. Sources say that Ladd Drummond’s net worth is $200 million in 2021. 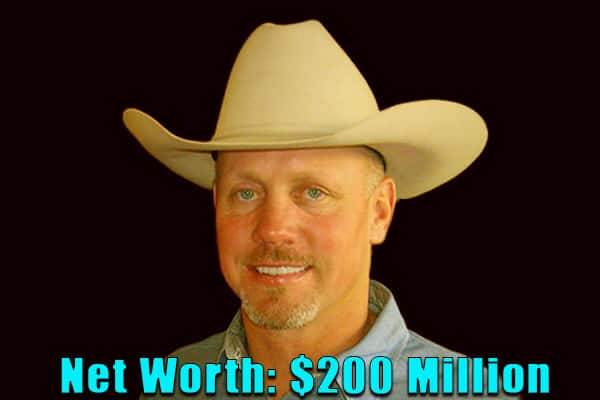 The entirety of his wealth comes from the ranch, and Drummond Land & Cattle Co. Over the last ten years, Ladd and his family have received $24 million from the government as a rent payment for the world horses and animals that live on their ranch.

As long as the ranch remains in the family’s name, they will continue receiving payments from the state. Additionally, Ladd Drummond and his family also star on a Food Network-sponsored reality show. This is an additional source of income.

Ladd Drummonds parents are Chuck and Nun Drummond. Like Ladd, his parents were also ranchers; though this isn’t exactly news as the ranch has been in the family for four generations. Ladd learned the values of hard work as his parents gave him duties and responsibilities on the ranch.

These are core values Ladd would go on to pass to his children as well, instilling in them the importance of hard work. Ladd’s mother is unfortunately no longer with us.

How did Ladd Drummond Brother Die?

Ladd Drummond is no stranger to loss. His brother Todd died in a car accident when he just about to leave for college. He was eighteen years old at the time.

Before his untimely demise, Ladd Drummond brother Todd had been visiting a friend’s ranch back in Texas. Todd was buried on the family’s cemetery in the ranch. It took a while for the family to come to terms with his death. To honor his memory, Ladd and his wife named one of their kids after him.

The Cowboy, Ladd Drummond was born on the 22nd of January 1969. This would him 52 years old at the moment.

The rancher, Ladd Drummond is a fourth-generation rancher. His family lineage can be traced back to Ronald Thacker Drummond, who was his great-great-grandfather. He came from Scotland and settled in America. Ladd’s father is Chuck Drummond. He had three children: Ladd, Tim, and Todd. Ladd, in turn, has four children of his own Alex, Paige, Bryce, and Todd.

Where did Ladd Drummond go to college?

Ree Drummond husband Ladd Drummond is a former student at Arizona State University. This is his alma mater. He played football for his college’s team, the Sun Devils, and remains an avid supporter of them to date. Surprisingly, the cowboy even snuck away from his wedding reception to watch his former team play.