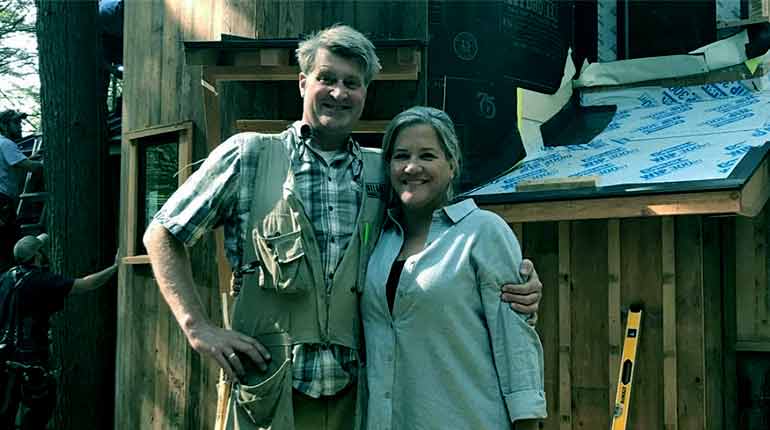 Pete Nelson is a tv star and an American master treehouse builder. He is the owner of  Nelson Treehouse, which is a family business that design and construct houses, resorts, retreat centers, and many more categories on trees.

The idea of tree houses was birthed in him at age five when his dad built him, what he calls an adventurous tree fort right behind their home garage in New Jersey. Read this to know Tree House Master Pete Nelson’s Net Worth.

This idea continued to captivate him over the years, and after college, he embarked on a career path that was tree-centric building up to where he is now. He additionally in cooperated his wife and children into the business.

Before revealing Pete Nelson’s Net Worth, Know about his career.

Right from a young age, he worked with grandfather building small model boats. While attending High School in Massachusetts, he designed his first treehouse event though it was never built.

In 1987 Nelson says one night he had a night brainer, he couldn’t sleep, and that same year his dream was rekindled by a book he read titled How to Build Treehouses, Huts, and Forts written by David Stiles sent to him by a high school friend, and in the same year, Pete Nelson built his first adult treehouse in Colorado Springs at his backyard.

In the same year, 1987, Nelson moved to Washington State and started building homes and writing books regarding treehouses. Beginning 1994 he continued writing more books on the subject of tree houses. In 1997 he co-founded TreeHouse Workshop.

In 2006 he opened Treehouse Point near Fall City. Later, in 2011 he founded Nelson Treehouse and supply which is a high end designed treehouse based in Fall City, Washington. 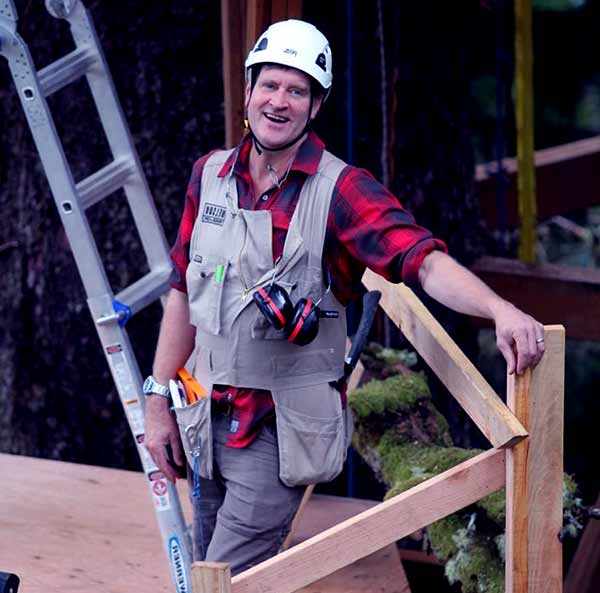 In 2013 Animal Planet reality show was launched, this is a documentary series showing Nelson and his staff building treehouses around the world.

When this opportunity came, he almost turned it down; he considered most of these shows are fake, and he was not in such kind of stuff. A lot of assurance and convincing was done, and he finally agreed.

It turned out a success, statics revealing that this show has an average of 1.3 million viewers per episode as of 2015, two years after it was launched. By now you have guessed Tree House Master Pete Nelson’s Net Worth is huge.

In 2016 Nelson did a noble project which he collaborated with Zac Brown, a music star to build a massive treehouse 1,300 square foot at Brown’s Camp Southern Ground. It is a non-profit project designed for children with neurodevelopment disorder and military families with children struggling with PTSD.

Treehouse Master Pete Nelson’s wealth is attributed to his skilled work of building tree houses, like his famous sanctuary Nelson Treehouse and Supply where people from different parts of the world visit and pay for accommodation to spend time in this marvelous construction. 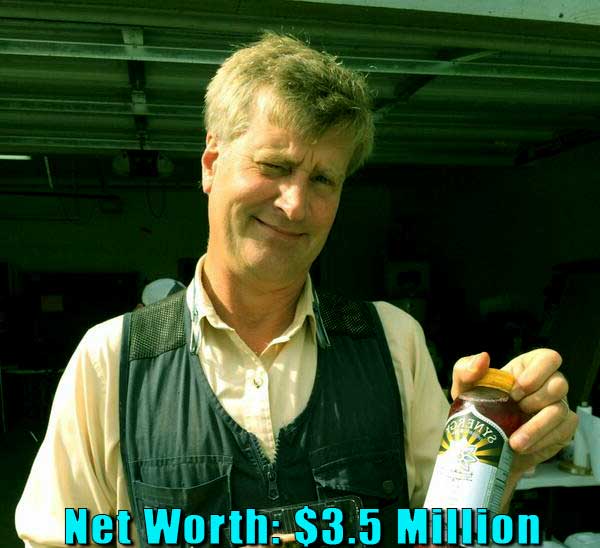 Nelson has also authored more than five books in his name, one of his famous books is the Art and Craft of Living out on a Limb. The sale of these books also contributes to Pete Nelson’s $3.5 Million Net Worth.

As a host of a popular tv show “Tree House Master” in Discovery channel, the network pays him $100,000 annually as a salary.

Treehouse cost varies depending on the range, design services required, and location. Factors that may affect cost include:

However, services can be customized to fit a customer’s budget.

Pete Nelson has not only had a successful career life, but he also been able to build and maintain a beautiful home. While pursuing his Bachelor’s degree in Economics in Colorado College, Colorado Springs, he met his lovely wife Judy who was also a student in the same college. They got married on 30th August 1985 and have been together ever since with no incidents of separation or divorce.

Pete Nelson and wife Judy are blessed with three children, their daughter Emily and twin sons Henry and Charlie. In 2016 their daughter got married Patrick in a colorful wedding held Ohio at the Cleveland Botanical Gardens. 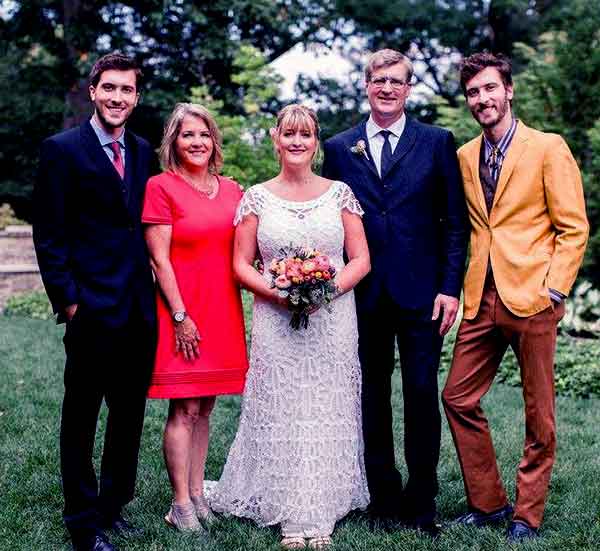 Pete Nelson with his wife Judy Nelson and with their kids

Their daughter Emily is based at Nelson Treehouse Head Quarters overseeing projects operations. She also was very instrumental in founding the online business store ‘Be in a Tree’ that allows clients to purchase treehouse plans, heavy-duty hardware, and lifestyle goods from anywhere in the world. Their son in law has also joined the business as a lead carpenter in the construction team.

The family union, love, and commitment is something the Nelson’s have been able to transfer in their projects hence experiencing great results.

Nelson grew up in Ridgewood New Jersey after his birth on 4th June 1962. This year marks 59 years for him. Nelson’s journey began as a passion which he diligently worked hard to achieve. He began with ground houses, and when thought of doing something outstanding, tree houses was a brilliant idea.

Nelson and Judy began Nelson Treehouse and had amazingly in cooperated all their children in the business, making it a family business. Their son Henry is an experienced, skilled carpenter and often travels with other Nelson treehouse staff on builds, on the other hand, his twin brother Charlie specializes in building boats and guitars hence tending on the business Woodinville property to crystalize it into a Resort and Spa.

Some facts to note worth noting about Pete Nelson are;