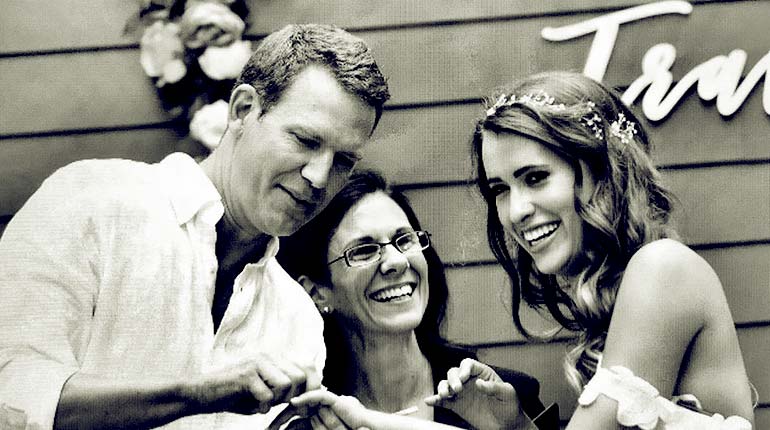 Travis Stork is an American doctor, author and reality star. Not only is he the host of the popular medical-based reality show ‘The Doctors’ but he also once featured on the Bachelor. Dr Travis Stork’s most popular book is titled ‘Change your Life’ where he talks about weight loss.

In this review, we will talk about his wife, Parris Bell Stork. The Tennessee native is a lawyer and television personality. We will explore five interesting facts about Travis Stork’s wife, as well as take a look at the rest of her bio.

Travis and Parris Bell’s secret relationship before getting married.

Dr Stock and Parris Bell met through a mutual friend, Chris Strandburg, who is also a doctor. For a long time, Chris did his best to set up Travis with one of his other friends. Surprisingly, it took a few tries before he was able to play matchmaker. This came back in 2006 when Travis had gone back to his hometown to spend some time with his family.

While Travis was at dinner with his friend Chris, they fortuitously ran into Parris. The connection between them was instant, and Chris would ensure that this spark would not burn out. Soon after, they were going on several dates.

Their friend Chris would jokingly lament that he became the awkward third wheel whenever they went out as there was clearly something between them.

Parris Bell and Travis Stork officially tied the knot on the 3rd of August 2019. Their wedding was an intimate little ceremony in Nashville, Tennessee. Only close friends and family witnessed the beautiful, low-key ceremony. In fact, one of their closest friends, Julie, got the honour of officiating their wedding. It was a reasonably extraordinary affair. 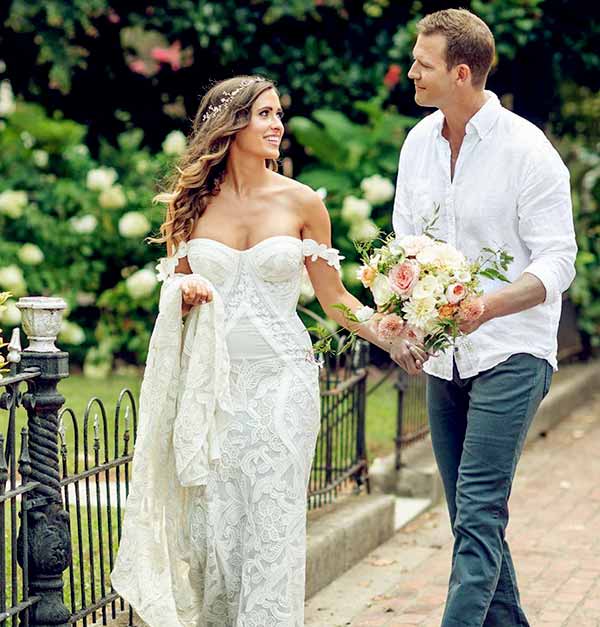 Rather than the traditional wedding cake, the couple offered guests a mountain of doughnuts. In regards to attire, the good doctor even managed to brighten up the ceremony with a pair of sneakers — not your usual wedding attire indeed. Parris Bell and Travis also used this occasion to promote a very important charity, The Cancer Research Institute. They also promised to match all the funds collected, doubling the proceeds.

Surprisingly, the two took a trip to Costa Rica before their wedding, which they described as a pre-honeymoon. After tying the knot, they took another trip to Hawaii.

Parris Bell is a lawyer and celebrity from Nashville. She officially became a lawyer after passing the bar exams in 2018. This came about four years after graduating from Law School at Vanderbilt College. She was catapulted into the limelight after her relationship with the famous Dr Travis Stork came to light. 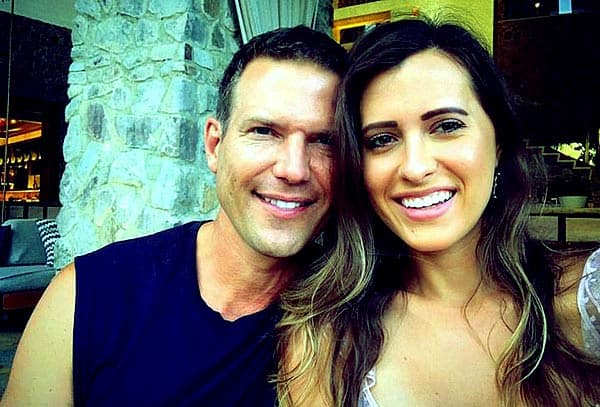 Parris is also very active on social media, and regularly posts pictures of her friends and family. This has gained her a substantial following as she is very beautiful.

Parris Bell came into the world back in the year 1992. This would make her 29 years old this year. We were not able to unearth the exact date of her birth. However, we will keep you updated should we uncover this crucial bit of information.

Parris Bell Stork is a Tennessee native who has shot to fame over the recent years. Information regarding her personal life and early childhood remains scarce. As such, we could not determine the name of her parents. The only other relative she has mentioned is an aunt named Lisa, who she shared a picture of on her Instagram account.

However, we were flush with information regarding her educational background. Parris is a former student of Vanderbilt University where she attained a Juris Doctor’s Degree. The television personality would also go on to sit for and pass her bar exams in 2018. This meant that she was now officially a practising lawyer in the United States of America.

August 2019 would see Parris Bell marry celebrity doctor Travis Stork.  After going on a romantic honeymoon in Hawaii, the two have been married for two years presently. Their son, Grayson, was born on the 17th of June 2020. He turned 2 a few weeks ago.