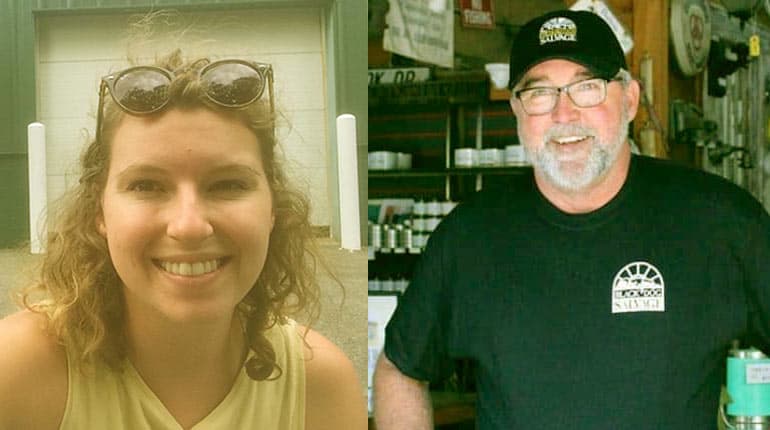 Gracie Whiteside is an American sculptor, installation specialist, and glass-blower. She is famous for being the daughter of Mike Whiteside. Their relationship meant that Gracie appeared on a few episodes of her father’s reality show, Salvage Dawgs.

Gracie mainly works with materials like wallpaper, tiles, and other items, which enable her to formulate her own design identity. This has seen her develop an alter ego, which embodies more feminine characteristics that help her explore various creative avenues.

In this review, learn more about Mike Whiteside’s daughter, Gracie Whiteside, as we uncover all the relevant details relating to her bio.

Who is Gracie Whiteside?

Gracie Whiteside is an American crafting expert who specializes in sculptor design as well as installation. Home improvement is a trade she picked up on the right from childhood as she grew up watching her mother remodel kitchens and houses alike.

However, sculpting is where her forte lies, as she works with wallpaper, tiles, soap, and other materials to craft her unique designs. The work is so taxing that Gracie would go on to create an alternate persona just to manage it and not restrict her creative range.

This came in the form of Stacy Wallman, a persona that enables her to channel all the feminine energy she needs to be the best version of herself that she can be. 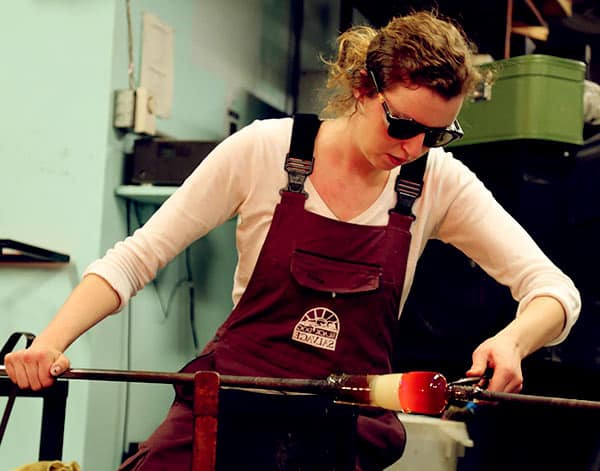 As their rapport on social media would suggest, Mike Whiteside’s daughter Gracie has also worked closely with the black dog salvage crew. The crew, on their Facebook handle, regularly makes posts about the sculptor. Just recently, they sent her birthday wishes on her birthday.

Gracie Whiteside also has several items that are sold on the crew’s merchandise page. These are glass workpieces she has done, and they include a 40-inch wagon chandelier, Amber Bell Pendant,   Double Overlay Vase Pendant, and a Funky Pulley Lamp with Gracie’s Glass name a few.

Gracie Whiteside is a sculptor, glassblower, and businesswoman. Some of the items she makes are usually sold on the black dog salvage website.

These include a Funky Pulley Lamp with Gracie’s Glass, which goes for about $ 800, a repurposed Stool Base Floor Lamp, which is valued at $ 400, and a teardrop pendant which goes for $ 235. There are many more items on the list, and as the creator, Gracie is entitled to a significant chunk of the sales.

Gracie Whiteside’s net worth, however, currently remains undisclosed and under review. We will update the article as soon as we acquire more details regarding the matter.

Gracie Whiteside was born on the 21st of April in Roanoke, Virginia. While her exact year of birth remains a mystery, we estimate her to be in her mid-20s. Gracie was born to parents Susie Farriss and Mike Whiteside. Her mother is a very proficient home design expert and renovator who specializes in remodeling kitchens.

On the other hand, her father runs the black dog salvage crew and is a reality star on the DIY Network. So it is fair to say that Gracie grew up under the limelight. She was raised alongside a sister named Tay Whiteside, who also works with their father on the crew and the show.

There aren’t many details in regards to Gracie’s educational background, save for the fact that she is a former student at Virginia Commonwealth University.

Like her sister and father, Gracie Whiteside would go on to display a knack for sculpting. Gracie is very proficient at crafting things from tiles, glass, and wallpapers. It is fair to say that this is a trait that runs in the family.

Presently, all the sculptures she makes are sold on the black dog salvage crew website.