Mike Rowe Net Worth 2021: Know about his Salary, and Wife 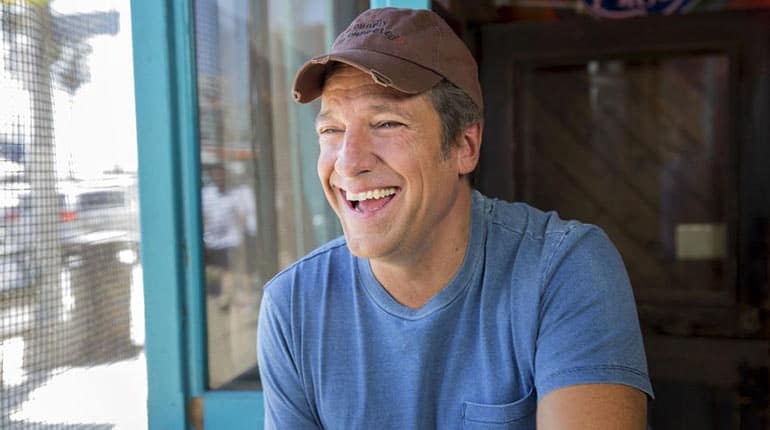 Famous TV host and narrator, Mike Rowe’s smooth deep voice and talent for narrating have landed him life-changing gigs including his most recognized works on Discovery Channel’s Deadliest Catch and Dirty Works, and CNN’s Somebody’s Gotta Do it. With age, Mike has only grown to be a bigger household name. Does this progressive nature have anything to do with his happily married life to wife? Does he even have a wife or is he gay?

With such credentials, it doesn’t take a genius to tell Rowe has made quite a substantial amount of cash in his salary and net worth. So, does he have an heir to this fortune? Or a woman to spoil? Or wife and kids waiting at home? Let’s find out.

Mike Rowe Net Worth, Salary, and Source of Income

The TV shows mentioned earlier are not the only gigs Rowe has had over the years. His television career began way back in the 80s as a host for WJZ-TV’s Your New Home. Mike Rowe Net Worth is a result of a lifelong successful career as a tv host and tv personality.

Rowe also hosted for Radio Active, QVC TV network, Channel 999 for the no longer existing PrimeStar, TBS Worst Case Scenario, The Most for The History Channel, KPIX-TV’s Evening Magazine, Somebody’s Gotta Do It which evolved to Dirty Jobs, and Discovery Channel’s How Booze Built America.

Mike has also appeared on commercials including one for FORD, Popular TV Shows like ABC’s The Last Man Standing, Conferences, and has worked as a pitchman for several industries.

Mind you, all the above and others at one time or another, wrote or are still writing cheques to him which accounts for his $35 million net worth.

Yup, you heard right, Mike Rowe’s net worth is $35 million. His salary should be one heck of an amount to resolve to such colossal net worth.

While his salary remains a mystery to us, we can estimate it to be over a 6-digit sum. His surprisingly big net worth results from his successful career not just as a TV personality but as a  pitchman and has partnered with multiple companies in very successful projects.

Let’s start with the easy one, Mike Rowe is unmarried and is a father to none. But just because Mike Rowe does not have a wife, it doesn’t mean he is gay.

In fact, he has a weakness for beautiful women. Rowe even joined an opera to meet girls, well that and for a union card. Mike Rowe future wife better keep a close eye on him throughout their married life, he is a wild one. 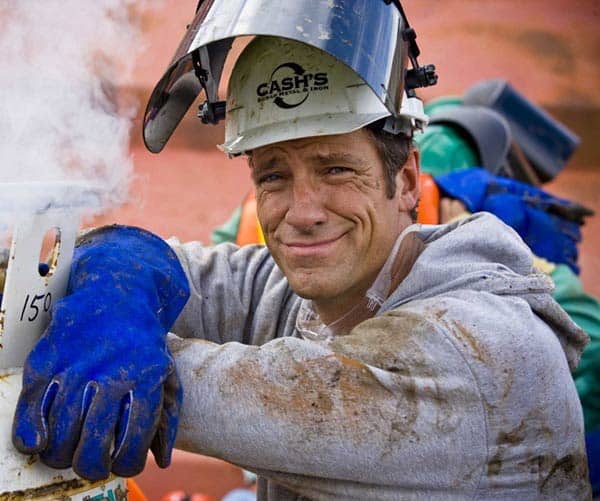 Caption:- Mike Rowe is still single he is not married yet.

His most recent girlfriend and now ex is Danielle Burgio a Hollywood stuntwoman and actress. But as far as 2021 goes, Mike Rowe is single.

It’s no doubt, Mike Rowe, is one of the most sought out narrators of the 21st century but where did it all start? Michael Gregory Rowe was born in Baltimore, Maryland to Joe and Peggy Rowe on the 18th of March 1962.

Mike Rowe grew up in a Christian home and attended the Presbyterian Church of Baltimore. For his education, he attended Overlea High School, Essex Community College and graduated from Towson Uni with a degree in Communications Studies. 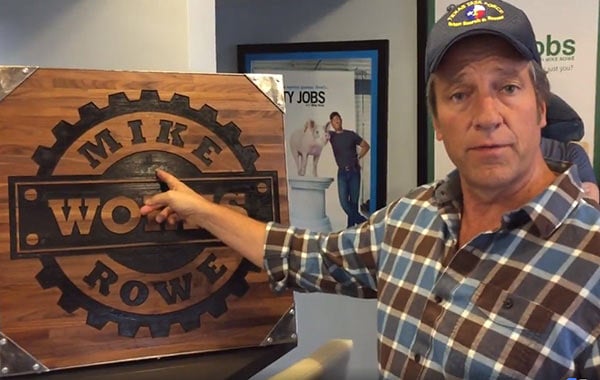 When he was 17, he became a Baltimore Boy Scout Troop 16 and in 2016 was awarded the Distinguished Eagle Scout Award. He credits a narration session he had with students at the Maryland School of the Blind as one of the reasons that inspired his writing and narration passion.

Rowe is also musically talented and sung with the Chorus of the Chesapeake for a short period. He also sang professionally in the Baltimore Opera. He currently resides in San Francisco, California.