You’ve probably heard of Lori Greiner and her famous slogan; Invent It, Sell it, Bank It! However, what she probably left out was Manage It! Lucky for her she has a husband who not only loves her but also manages both their finances on her behalf.

Lori’s work and personality often overshadow her husband’s, Dan Greiner. However, people are oblivious to the fact that they operate as a single unit. Let’s have a look at the Greiner’s family.

Lori and Dan met a while back in the early ’90s at Kincaid’s bar in Lincoln Park area, Chicago and instantly hit it off.  They made their acquaintance which grew into a love and marriage somewhere in between the mid-’90s.

It was right around the time when she worked as a costume jewellery designer when they were both living ordinary lives. It’s now over a decade and their marriage is still going strong. So what’s their secret? Well, it’s no brainer that Dan has always been supportive of his wife and her alike.

He cheered on for her and went as far as leaving his job in support of Lori’s but more on that later. However, one fundamental principle that they work on is their need for personal space.

She reportedly confirmed in an interview, “I love my husband, but I’d kill him if I had to be with him 24/7.” Consequently, the couple operates from both their homes in Exton, Pennsylvania and another in Philadelphia.

The Greiner’s are a tiny odd couple that is hell-bent on their privacy. Their marriage upholds the utmost discretion which doesn’t leave room for any outside interference. So you can only imagine their previous relationships whose information is probably non-existent.

On the one hand, we’d love to tell you all about Lori and Dan’s prom dates, but on the other, that’s a story we don’t have the luxury nor citations to say.

Considering they have lived together for several years in Holy matrimony, you’d expect the couple to at least have a copy of themselves. However, that’s not the case for the Greiner’s who have no kids of their own.

Nevertheless, Lori has gone on record to state that she doesn’t hate kids.

”I tell my friends they can leave their babies on my doorstep and I’d be happy to take them in, I love kids.”

If there’s a better time to sire her children, now would be the time considering she’s fast approaching her 50’s; passed her prime years.

The star seldom shines on Dan Greiner and his contribution towards his wife’s success. It’s mostly because of the inventions that his wife has patented and the progress that follows. However, let’s not underestimate that he is just as qualified in various fields.

Although he hasn’t revealed much about his early life, an educated guess should show his hometown as Chicago. Lori Greiner husband Dan has some background training in accounting and once worked as a division controller at Bell and Howell Corporation. 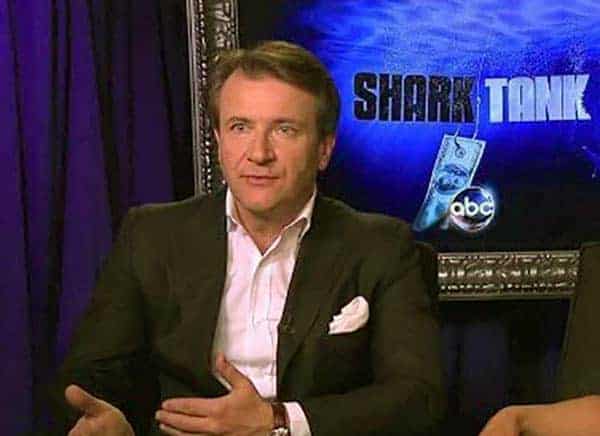 He later quit his job to manage her company, For Your Ease Only. Moreover, the couple also works together with Dan as the CFO and COO while Lori handles the creative and marketing division. They are also partners to their investment holding company and as a result, have an equal share to the firm.

Greiner and grew up from a broken family. She was born in on the Near North Side of Chicago on December 9th, 1969, which means she’ll turn 52 by the end of the year. Her father was a real estate agent while her mom, a psychologist. Judging from her parents’ professions, she lived an above average life. Moreover, there is no mention of the existence of any of her siblings which hints that she’s the only child.

However, it wasn’t all roses for Lori and the family especially after her parents divorced when she was nine years old. The reasons for the split remain unknown and whether she’s estranged to either of them remains a mystery. Guess we’ll have to wait for her to publish another book on her biography to figure out her family.