Meet all Kyle Richards’ Children. She has 4 Daughters. 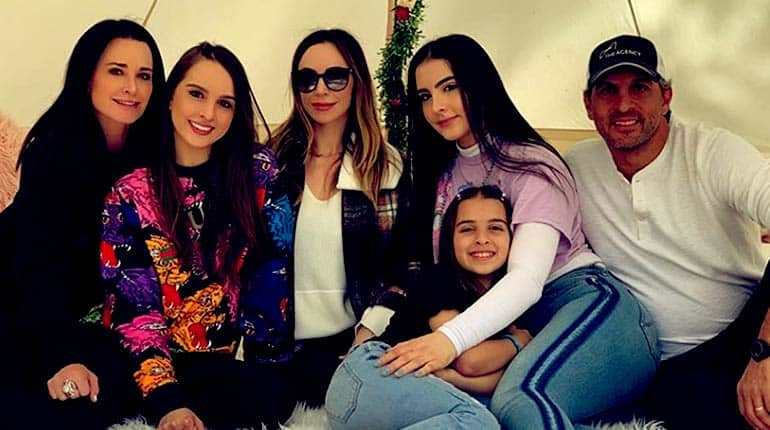 Kyle Richards (real name: Kyle Egan Richards) is a 52-year-old American reality star, TV Personality, actress, and humanitarian. She was born in Los Angeles, California, all the way back on January 11th, 1969.

The LA native got her start in the television business by featuring on the show, Little House on the Prairie. This would later be followed up by appearances on several horror films.

Her most notable scream queen appearance came in John Carpenter’s lauded Halloween. Kyle’s exploits also extended to print where she penned the book; Life is Not a Reality Show. Kyle Richards has four children. Learn more about them right here.

The actress, Kyle, also stars on the hit reality show, The Real Housewives of Beverly Hills. She has been married twice and has four daughters. These are Alexia Umansky, Sophia Umansky, Farrah Aldjufrie, and Portia Umansky. Learn more about the girls in the following paragraphs.

Farrah Aldjufrie’s parents are Kyle Richards and Indonesian born Guraish Aldjufrie. She was born in America, more specifically, in the Beverly Hills region. Kyle’s date of birth is May 29th, 1988. This would make the reality star 33 years old as of 2021. Farrah’s parents split up four years after she was born. Though they are separated, her father makes an effort to stay in her life, continually visiting Farrah in LA.

Her educational background includes studying at the University of Southern California, where she earned a degree in Psychology. Kyle Richard’s daughter Farrah was also reportedly a student at New York University. Before venturing into the world of reality television, Farrah worked as a realtor for Mauricio Umansky, who is her stepfather. 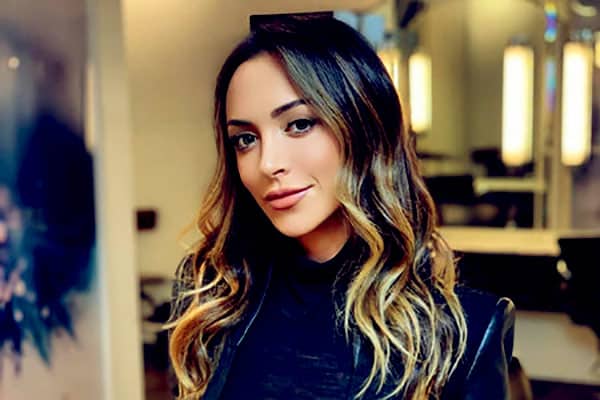 Later on, she would use the experience gained to help launch the Agency. Farrah Aldjufrie has also appeared next to her mother, Kyle, on the reality show Real Housewives of Beverly Hills. It is reported that she earns $270K for every season she features in.

Currently, however, her net worth remains undisclosed and under review. Her mother, Kyle, on the other hand, is reportedly worth $50 million. Check back to keep up with regular updates. In regards to her dating life, Farrah is romantically involved with a man named Alex Manos.

Alex is a businessman and the proprietor of the Beverly Hills Car Club. His business deals with acquiring and selling classic cars to their clientele. Farrah and her boyfriend Alex first came out to the public during a famous music festival back in 2018. The two regular attend social events together.

Kyle Richards’ second daughter is Alexia Umansky. She gave birth to Alexia after her mother got together with her second husband, Mauricio Umansky. Alexia is 25 years old currently. This means that she came into this world back on June 18th, 1996. She was born in Los Angeles, California. Alexia went to Milken Community School before enrolling at Arizona University.

Besides featuring alongside her mother and sisters on the Real Housewives of Beverly Hills, Alexia is also quite popular on social media, with a significant following. On Instagram, for example, Kyle Richards’ daughter Alexia boasts about 140K followers. It is through the same Instagram account that we learned that Alexia is in a relationship. 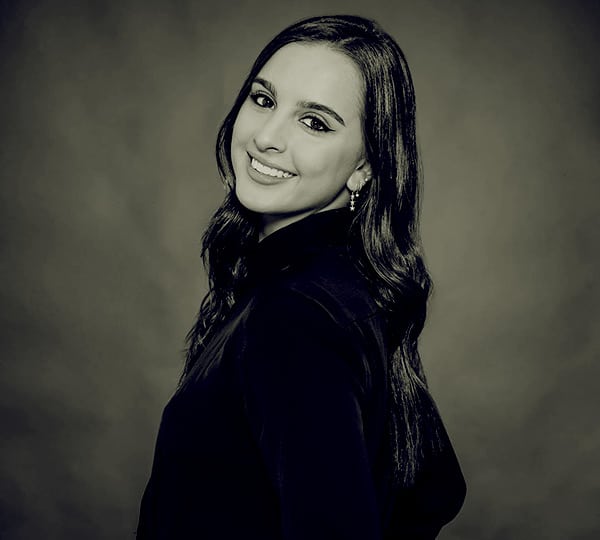 However, his name currently remains a mystery. They recently posted a picture together in Greece. This is not surprising as Alexia loves to travel, having been struck with a wanderlust for several years now. She also strives to maintain a healthy lifestyle by working out and eating healthy.

As one of the stars on the Real Housewives of Beverly Hills, Alexia Umansky earns quite a significant amount of money from this. It is reported that she makes well over $100K for every season, which she stars on. At the moment, however, Alexia’s net worth remains under review. From the look of things, it must be substantial as her mother, Kyle, is reportedly valued at $50 million.

Kyle Richards’ youngest daughter is one Portia Umansky. Her father is Mauricio Umansky. She is just 13 years old at the moment, having been born back on the 1st of March 2008.

As such, she does not have much going in regards to an educational background as well as a career history. Like her sisters however, she is a proud California girl and features on the show that propelled her mother to fame from time to time.

We were also able to learn that Portia is extremely close to her mother, Kyle Richards. In an interview with Bravo TV, the little girl revealed that her mother is the person she looks up to most.

The two can also be seen all over Kyle’s social media profile, as she regularly shares pictures of the pair. 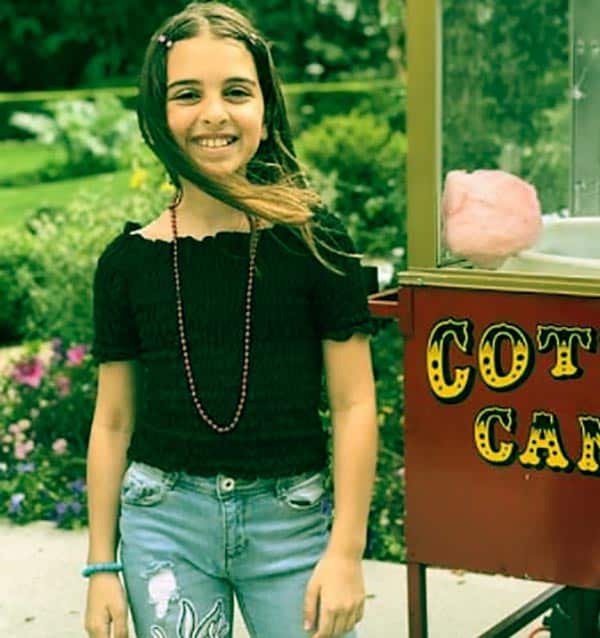 Being only 13, we are quite certain that she is not dating anyone at the moment.

There is not much in regards to her net worth us; she is still quite young. However, we will keep you updated as Portia Umansky gets older.

Perhaps she will follow in her mother’s footsteps and become a reality star as well. This will surely boost her income, and net worth as Kyle reportedly earns well over $200K for every season of the Real Housewives of Beverly Hills.

Mauricio and Kyle’s second-born daughter is Sophia Umansky. Like her sisters, Sophia was born in Los Angeles, back on January 18th at the turn of the millennium.

This means that she is 21 years old as of 2021. Sophia has made several appearances on the real housewives, alongside the rest of her family. This is where viewers would learn that she went to George Washington University. 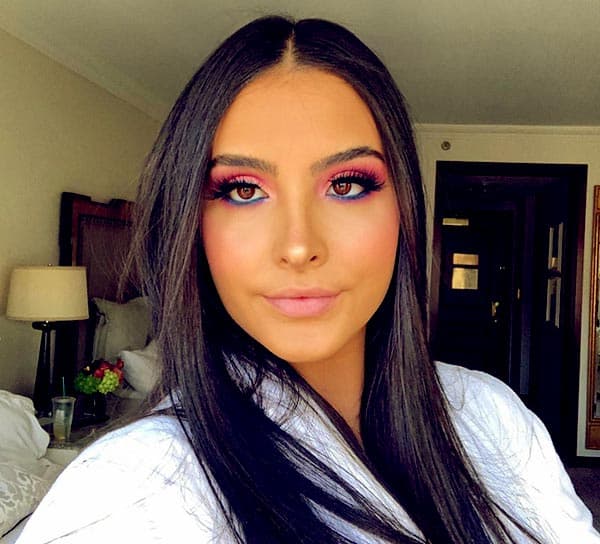 Sophia and her family were recently dragged into the University admissions saga that rocked America early this year.

This is because her mother is close to Lori Loughlin, one of the celebrities accused of paying for their daughters to get into Ivy League institutions. However, there was no evidence to suggest that Kyle Richards did the same.

Talking about her career, Sophia is still a student. This means that her net worth currently remains undisclosed at the moment.