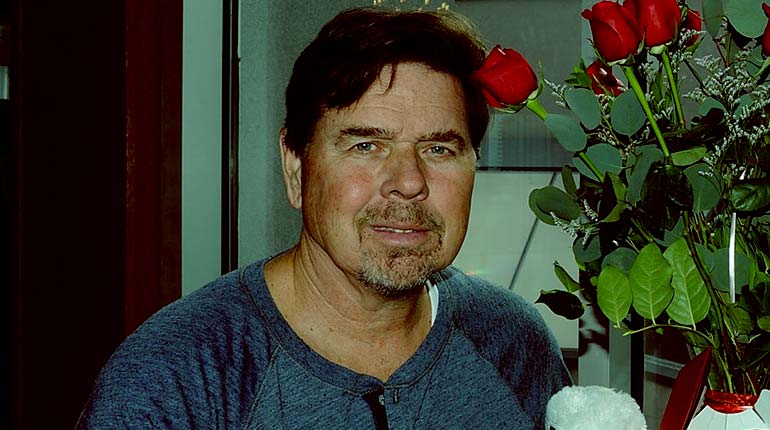 Marty Caffrey is a famous American personality and entrepreneur who came into the limelight after tying the knot with American television personality, Danielle Staub. He leads a low-key profile and has not openly talked about his professional career and personal life. Read this Marty Caffrey Wikipedia Bio. Marty Caffre’s Net Worth revealed including his occupation.

Who is Marty Caffrey?

Marty Caffrey, who was born Martin P. Caffrey, is a former investment banking managing director and entrepreneur. He was born in 1953 and 68 years old, as of 2021.

Before being an entrepreneur, he worked as an investment banking managing director at the Credit Suisse before he retired. He also worked for A.G. Becker Inc. However, he came into the spotlight for appearing on Real Housewives of New Jersey. 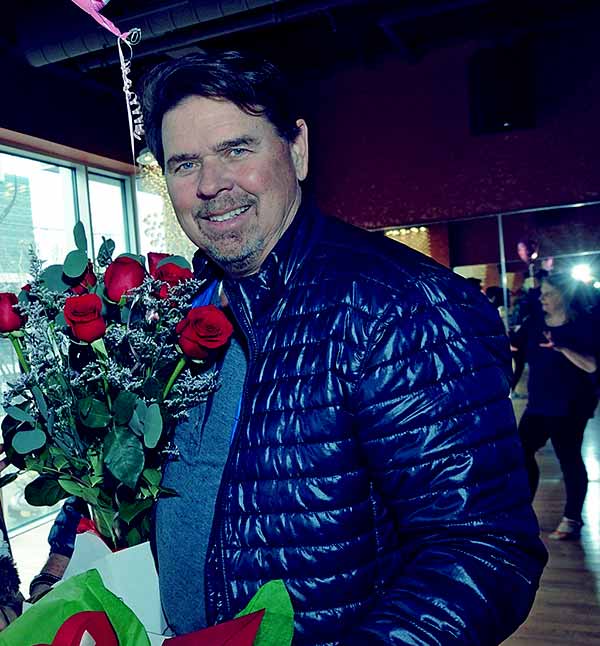 In the ninth season of RHONJ, Marty and Danielle’s wedding played a significant plot on the show.

Marty Caffrey’s Net Worth, Job; What Does He Do For a Living?

The 68 year old television personality has been engaged in a couple of fields. Before starting working in investment banking, Marty had a brief baseball career for the Old Yankees.

After his baseball career, he was involved in the investment banking sector, where he worked as a managing director at Credit Suisse. Now, he is a rising entrepreneur and television personality.

Talking about Marty Caffrey’s net worth in 2021, the exact figure is close to $2 million. The millionaire has definitely earned such a high figure of money from investment banking and entrepreneur career.

Likewise, being a television personality might have helped him to push his worth a little higher.

Marty Caffrey’s former wife, Danielle Staub’s net worth is reported to be somewhere in $3 million as per The Richest, but Celebrity Net Worth claimed that she is $1 million in debt. 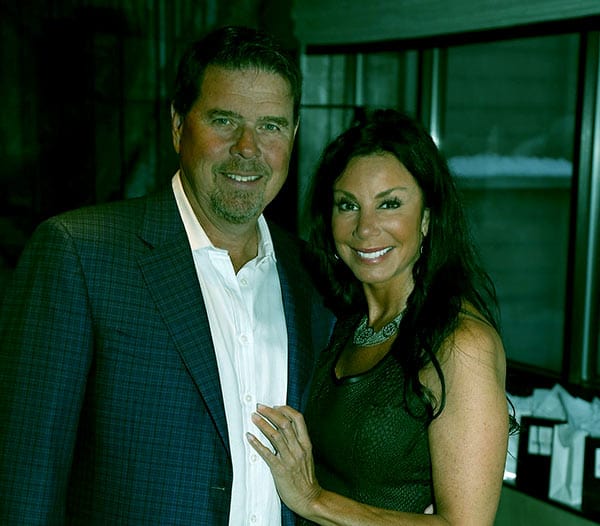 Her sources of income are television career, acting career, and book sales. His former wife once filed for chapter 7 bankruptcy protection where she reported that she was in debt in between $500,000 to $1 million.

The Former Couple’s Million Worth Mansion.

On 8th November 2018, Marty listed the couple’s New Jersey home on sale without even consulting his estranged spouse. The mansion was where Danielle and her youngest daughter were residing. 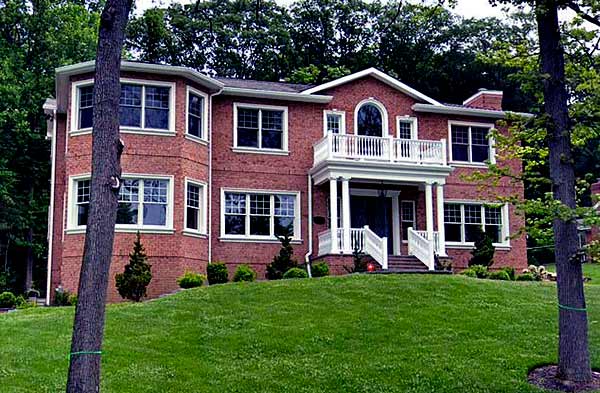 The mansion spread up to 7500 square foot and seemed lavish. The couple was living in the house since their marriage to separation. The exact worth of the house is not revealed, but no doubt, the price of the house is in millions.

Before coming into the spotlight or working in investment banking, Danielle Staub’s former husband was engaged briefly playing for the Old Yankees team in Oneonta, New York. He started his baseball career at the Seton Hall University.

Marty Caffrey played in two College World Series as a pitcher and was even ranked in the top 10 nationally. He was one of the best averages in the country among collegiate pitchers.

With an impressive playing statistics, the Yankees drafted him back in 1975. While he was still a junior at the Seton Hall Prep, the New York Mets offered him an opportunity. Marty Caffrey decided to follow his brother Paul Caffrey to SHU.

During high school days, the Mets, Yankees, and Philadelphia Phillies drafted him. Danielle’s former best friend turned enemy, Kim Granatell accused her of lying about her then husband’s Yankees.

Soon after baseball career, Marty started working in investment banking in the position of managing director at Credit Suisse before his retirement. He even worked for A.G. Becker Inc.

Now, he is known as an entrepreneur and television personality.

Marty stands at a height of 6 feet tall and weighs around 95 kg. His biceps size is 16 inches whereas his body measurements are 42-34-37 inches. He wears a shoe size of 12. His eye color is blue, and his hair color is brown. 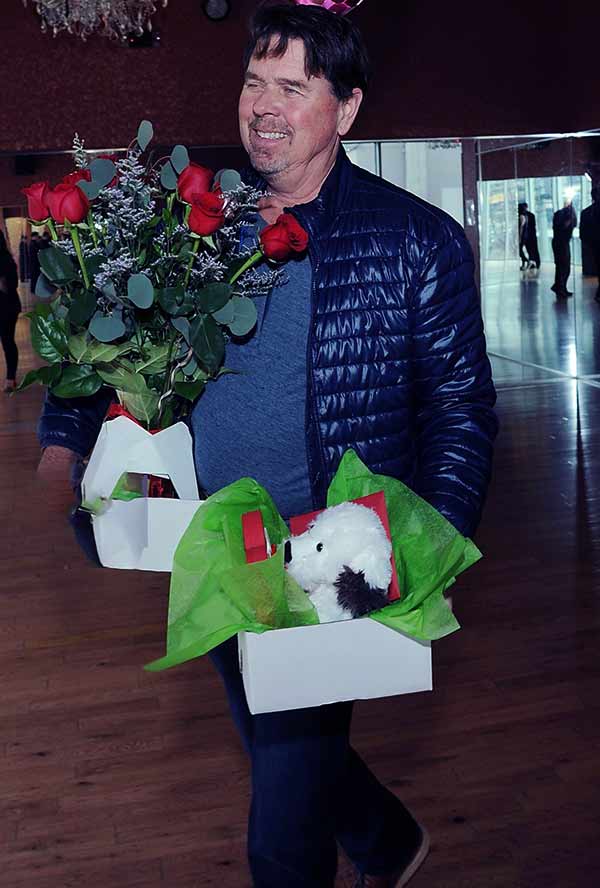 Regarding his hobby, he loves to listen to music, travel, and read. His favorite actor is Vin Diesel whereas favorite actress is Emma Stone. His dream holiday destination is Miami and Italy.

Marty Caffrey’s Wikipedia page is yet not ready.

His married life as Danielle Staub Husband until their divorce in 2019.

Marty Caffrey is known for his personal life rather than for his professional career. He is famous as Danielle Staub’s third husband.

To begin; Marty and Danielle started dating in 2016. A year later, he popped out the question in May 2017. The worth of her engagement ring was in between $4 thousand to $145 thousand.

Danielle Staub and husband Marty Caffrey were all set to get married in May 2018 in Bimini, the Bahamas in a televised wedding ceremony.

Her matrons of honor were Teresa Giudice and Margaret Josephs whereas her daughters named Christine and Jillian were the bridesmaids.

Danielle’s co-stars claimed that the couple had ill-fated from the beginning and they had to confront them on separate occasions. Everything that we see on-screen is sometimes far away from reality, and the same happened with them.

PEOPLE reported that Marty was willing to reconcile with Danielle, but he later realized that there was no point of being together on the relationship.

The Radar Online reported that Danielle threatened to stab him in the weekend altercation.

Just after being married for four short times, the couple announced their separation on 23 August 2018. Danielle claimed that physical and emotional abuse towards her was the main reason behind the divorce.

Danielle Staub accused him of abuse.

It was Marty who filed for divorce. Just after a couple of weeks of filing the divorce, Danielle sought a restraining order against him. She accused him of physically and emotionally abusing her during their relationship.

As per Danielle, Marty forced her to film love-making video and threatened her to expose the videos in public. She also claimed that Marty emotionally abused her daughters. As per her, he even listed the house on sale.

On the other side, Marty denied the accusations claiming that she was fabricating them when he declined to drop the divorce case. Marty also claimed that Danielle threatened to destroy him and even go after his children if he did not call off the divorce.

Marty then filed a cease and desist order against her where he threatened her to take legal action if she continued to talk about him and his family.

Danielle Staub’s ex-husband Marty became dead serious as he even added the report of the filing on his Instagram bio so everyone can see it.

Marty Caffrey and Danielle Staub’s Past Marriages And Divorces.

Well, everyone might not be familiar with the fact that Danielle is Marty’s second wife. He was previously married to Gail Marie Sincavage of New Jersey. 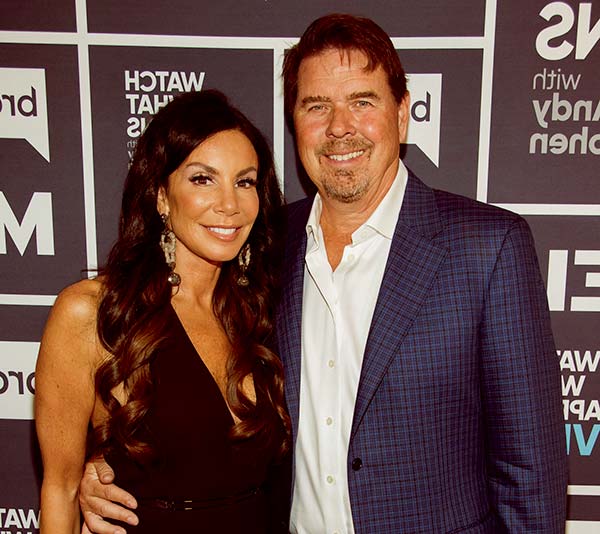 Gossip mongers reported that the pair got married in 1979. The details regarding their wedding ceremony and conjugal life are not disclosed in the media. Likewise, it is still not known when they separated and when their divorce was finalized.

His first wife studied at New York University and was working in an insurance company during the time of their wedding.

On the other side, Marty is Danielle’s third husband. She was first married to Kevin Maher. The couple got married in 1986 and got divorced within less than a year. Their divorce was finalized in 1987.

After divorcing the first husband, she started dating Thomas N. Staub. The duo exchanged the wedding vows in 1993. Her second marriage is the longest marriage among the three.

Even after being married for fourteen years, the former couple could not save their marriage by turning to divorce. They got divorced in 2007.

Her third husband is Marty Caffrey who she exchanged the wedding vows in 2018. They separated and got divorced just after six months of conjugal life.

Marty Caffrey is the father of three children and has a granddaughter.

Well, Marty did not share any children, Danielle, but is the father of three children. Marty and her first wife, Sincavage, welcomed three children together named David, Allison, and Lauren.

The former couple’s daughter Allison is married and has a daughter named Reese. If you ever go across Marty’s Instagram, you can see him sharing numerous pictures of his children and granddaughter.

Marty Caffrey’s daughter Lauren got engaged back in November 2018.

Danielle is the mother of two children; Christine and Jillian who she welcomed from her marriage with former husband, Thomas Staub.

During one of the episodes on RHONJ, Danielle claimed that the first sign of trouble in their relationship paradise came out when Marty’s children hated her. Only two of his traveled to Bimini for their marriage.

When the estranged divorce drama was playing on, Danielle accused him of not getting along with the children. Later, Marty’s husband denied the allegations.