Love & Hip Hop: Miami Cast and Their Net Worth. 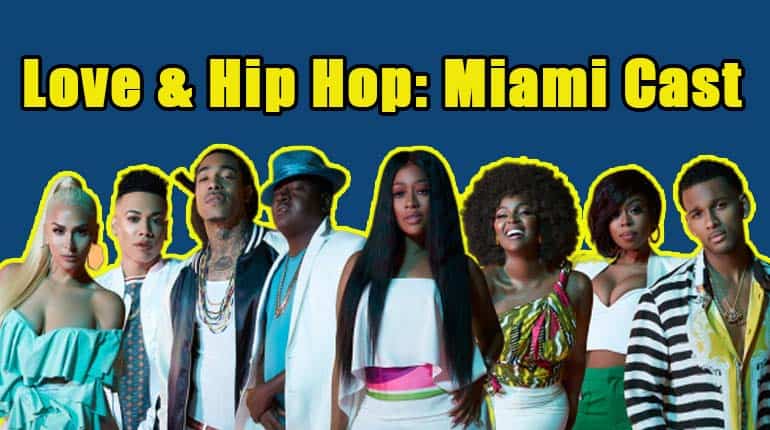 The Love & Hip Hop reality television franchise is all about the day-to-day lives of many people that lives in the Miami area. The show follows some of the big names in the South Florida music scene.

The Love & Hip Hop: Miami premiered in November 2018, and the show returned for its second season in January 2019. Read on to know the cast members’ bio, career, relationship status, and net worth below.

Trina is one of the original casts of Love & Hip Hop: Miami. Her birth name is Katrina Laverne Taylor. Trina has worked to build an empire as an artist and a label head at Rockstar Music. Love and Hip Hop cast Trina was born on 3rd December 1974, in Miami, Florida, making her age 47. 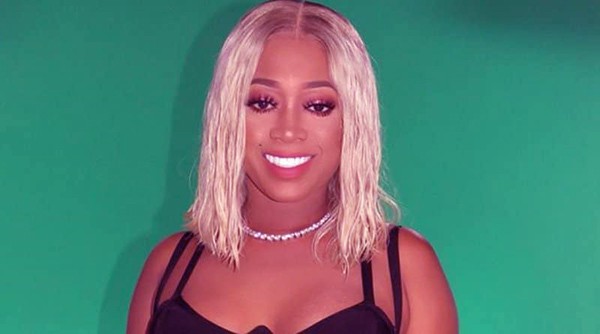 Her latest album “The One” dropped out in 2017 that charted at no. 1 on both US Rap and US R&B. The net worth of the Love & Hip Hop Miami cast Trina is believed to be at least $6 million. The reality star got paid $1 million from LHHM and also got an extra $30,000 to film the reunion.

Trina founded a non-profit organization, the Diamond Doll Foundation, that aims to help younger girls with their life struggles.

The rapper told The Breakfast Club that she is bisexual and has dated both men and women. Trina is in a relationship with Raymond Taylor. Previously, Trina was engaged to rapper Lil Wayne. Also, she dated French Montana and Kenyon Martin.

Prince is the main cast of Love & Hip Hop Miami. He was born in Miami on 30th September 1989 and is 32 currently. Prince has made his name by himself as a host and has provided VIP service to celebrities, athletes, and socialites like Amber Rose and Floyd Mayweather Jr. He worked for the company Varsity LG.

Prince’s real name is Christopher Michael Harty. Prince appeared along with Trick Daddy on Love & Hip Hop: Miami. In the past, the reality star has dealt with his sexuality. Due to his dress-up and tone of voice, people speculated that he was gay. 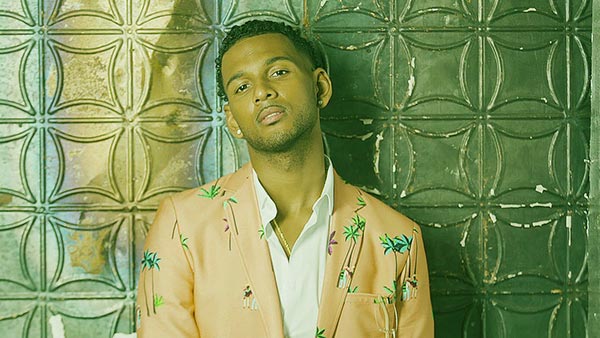 In an interview with The Grio, Prince opened up that he was bullied at a young age, and people even called him gay while he was in fourth grade. He told Miami.com that he is straight. The reality star Prince has an on-off relationship with girlfriend Liz Cifuentes.

Well, Prince Michael Harty makes a good fortune for himself from the reality show as well as his profession. As per sources, Prince’s estimated net worth is $1 million.

Love & Hip Hop cast Amara La Negra has been the topic of conversation since episode one. The Miami-born Afro-Dominican singer rose to prominence after her appearance on the VH1 show Love & Hip Hop: Miami. Amara was born on October 4, 1990, which makes her age 31. Her real name is Diana Danelys De Los Santos. 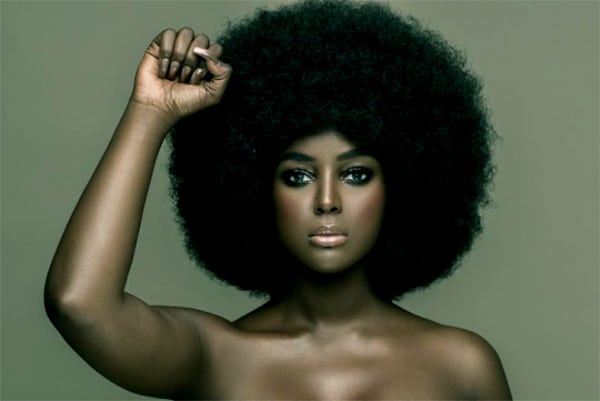 The reality star began her musical career at the of four. During her teenage, she founded a girl band called Amara. However, the group didn’t last forever. The singer released her debut album “Unstoppable” in 2019 and dropped out nine singles to date.

The 31-year-old singer Amara’s net worth to be $1.5 million. Additionally, Amara La Negra has boosted her net worth from her appearance at Love & Hip Hop: Miami. The reality star is dating her co-star Shay Johnson’s brother, EmJay, who is also a singer.

Hip-hop music artist Veronica is famous for her track “Wicked.” Additionally, Veronica is also one of the main casts of VH1’s reality series, “Love & Hip Hop: Miami.” The reality star was born on April 23, 1991, and the eldest daughter of her family. She is 30 years old and also has two sisters. 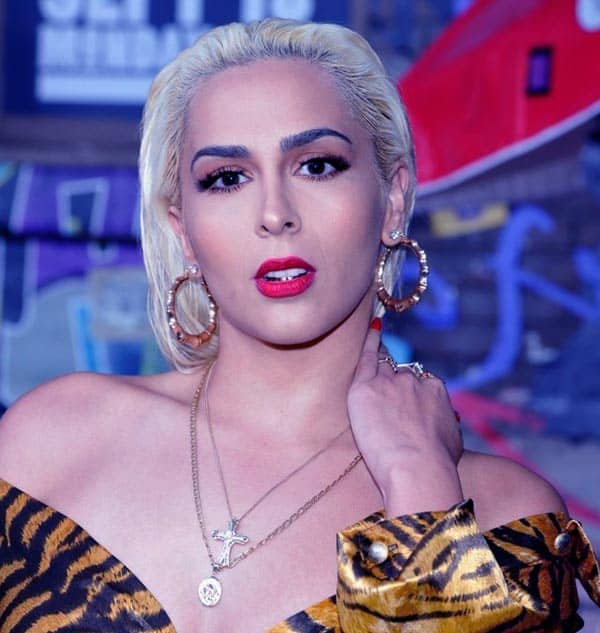 During the first season, Veronica has dealt with the controversy. She used the N-word during the show. The TV personality faced many backlashes from the audience as well as the other participants of the show.

Shockingly, the reality star didn’t apologize, but instead, she defended her self and claimed she belongs to black ethnicity. The Latina star has managed to keep her private life and has nothing revealed about her relationship status.

As per sources, Vega seemed to flirt with producer Young Hollywood in one of the episodes of Love & Hip-Hop Miami season 1. Vega generates impressive income from her music career as well as merchandise selling clothes through her self-titled website. As of 2021, Veronica Vega’s net worth is $1 Million.

Richard Morales, aka Gunplay, makes his career in the music career. Although his career took off after he was cast on Love & Hip-Hop: Miami. Living in Miami isn’t always easy for Gunplay due to his past life. The rapper claimed that he had a long battle with drugs and alcohol that impacted his career, friends, and family as well. 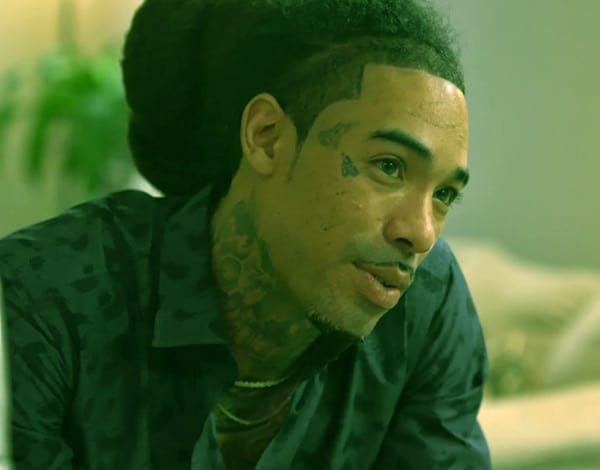 The rapper signed to Rick Ross’ Maybach Music Group and released several mixtapes such as 601 & Snort. Gunplay released his debut studio album ‘Living Legend’ at the end of July 2015, featuring Yo Gotti, Rick Ross, and other hip-hop artists.

The TV personality is dating fellow hip hop star Keyara Stone. Prior to her, he dated ex-girlfriend Aneka Johnston from 2010 to 2012. Furthermore, the rapper has a son named Richard Morales III from his ex-wife, whom he divorced in 2008.

Going straight through his income, Gunplay’s net worth is said to be around $1 million.

Bobby Lytes is one who loves being in front of the camera. The rapper and singer-songwriter joined the cast of Love & Hip Hop: Miami in 2018. Bobby is the cousin of rapper Trina.

Lytes was born on 24th October 1990, in Miami, Florida, to Dominican parents. He is 31 years old. Bobby is busy in making his career in music. The singer released his first single “Make Some Money” in September 2014. 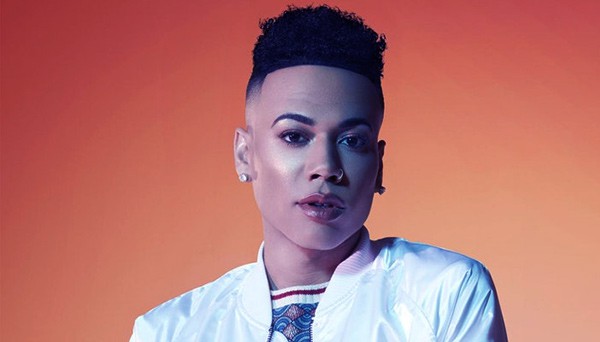 Reportedly, Lytes is the first openly gay cast member in the Love & Hip Hop franchise’s history. Bobby Lytes was in a relationship with YouTuber Jeffrey Star for one and a half years. The reason behind their split was, his ex-boyfriend cheated on him with his ex Malik.

With such a massive success as a singer and entrepreneur, he has accumulated a net worth of $500,000.

Love & Hip Hop: Miami star Shay Johnson came to fame as a cast member on the season two of reality dating show Flavor of Love 2 on which she completed for the hear of rapper Flavor Flav.

Shay was born on 30 September 1983, in Miami. As of now, she is 38 years old. She is a reality star, model, and fitness guru. Moreover, Johnson is a former video Vixen and has appeared in hip-hop videos for rapper Fabolous and Young Dro. 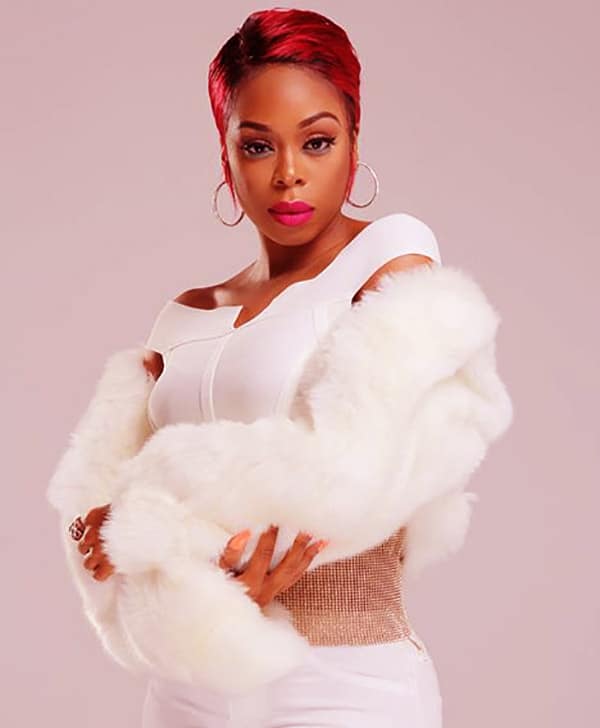 Other than that, she appeared as cast on the first two seasons of Love & Hip Hop: Atlanta as Lil Scrappy. Johnson has been in a long-distance relationship with her co-star Pleasure P for two years. The couple broke up during the first season of Love & Hip Hop: Miami. It seems the TV personality is single and not dating anyone else right now.

She makes a hefty amount of worth from her the reality show as well as modeling. Shay Johnson has a net worth of $400,000.

Maurice Samuel Young, aka Trick Daddy, is a professional rapper and record producer who appeared on Love & Hip Hop: Miami as the main cast. Maurice was born and raised in Liberty City, Miami. The rapper has ten siblings. At the age of fifteen, Daddy was arrested for drug and firearm possession and sentenced jail at 20 years old. 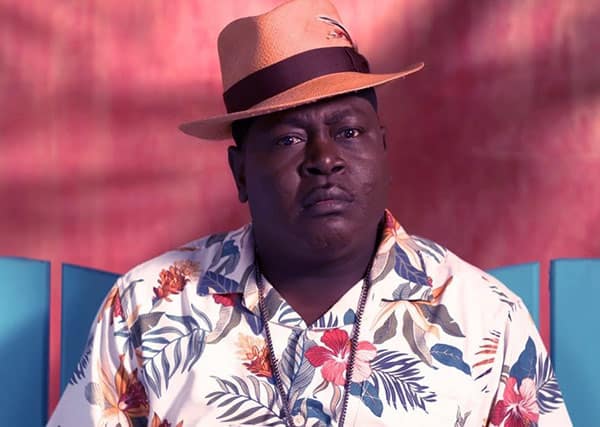 Trick Daddy rose to stardom in the early 2000s after he dropped his debut album ‘Based on a True Story.’ To date, the rapper released a total of eight studio albums, one mixtape, and an Ep.

In addition, Daddy collaborated with rapper Trina for his latest music project, including the launch of TNT. In the first season of LHHM, he reunited with his estranged wife, Joy.

Furthermore, Trick Daddy was diagnosed with lupus that affected his skin. At the time, he refused to take medicine. The TV personality makes a good fortune form his albums and other ventures that help to increase his net worth. According to Celebrity Net Worth, Trick Daddy’s net worth is $100,000.

Joanna Nemar Zarur is also known as Jojo, who is a celebrity stylist and entrepreneur. Jojo was born on November 5, 1991, in Mexico City, Mexico. She is 30 years old. Zarur raised in Coral Gable, Florida, to a Mexican father and Lebanese-Arabic mother. Jonna graduated from the University of Alabama and studied pre-law and economics at Stanford. 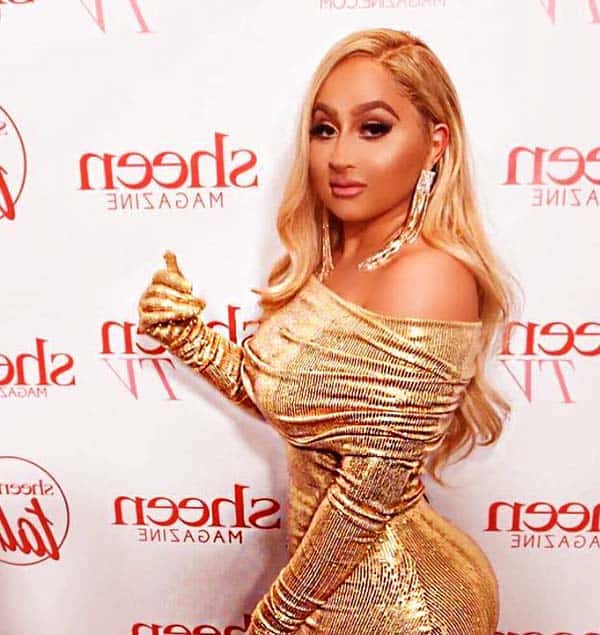 She joined as supporting cast member in the first season and main cast in the second season. She is a close friend of Amara La Negra and Bobby. During the show, she dated co-star Pleasure P.