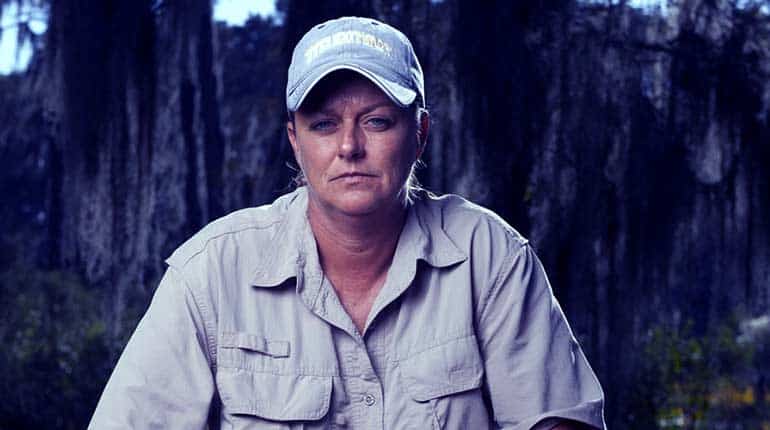 Elizabeth Cavalier, Liz from Swamp People is popularly known as Gator Queen, owing to her fame from reality TV series the Swamp People, based on an alligator hunt in her home town South Lousiana, a craft she learned from her father from an early age.

Liz’s birth name is Elizabeth Dupre. Now she uses Liz Choate, having changed after getting married.

Liz Cavalier was born in Pierre Part, Lousiana and would travel with her parents to Marsh South of Houma learning the craft of alligator hunting. She was not allowed to handle alligators until she was 12 years old. That’s when she acquired an alligator pet she named Chalie Pie, a 7-foot long reptile.

Liz became a cast in the History Channel after representatives of the show went to Pierre Pack, her home town, searching for a lady alligator hunter. 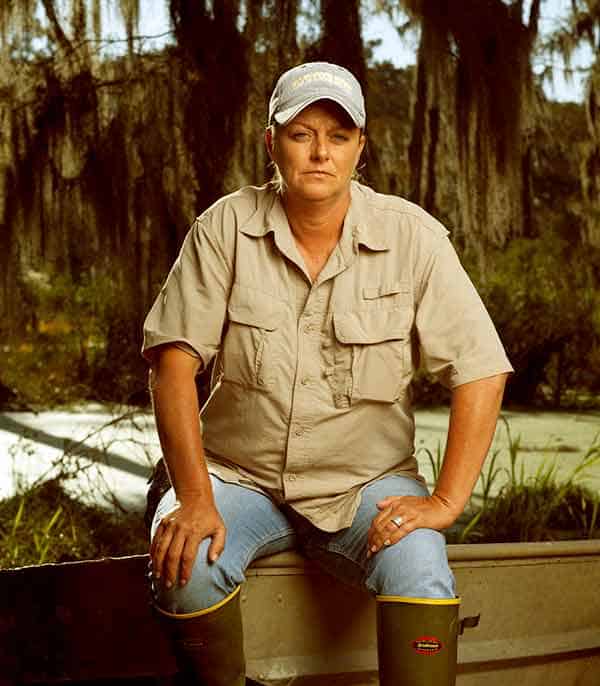 In the Swamp People, she hunted with her childhood friend Troy Landry, the only person apart from her father she allowed to call her Elizabeth. Liz Cavalier’s role in the Swamp People came to an end in 2015 after six seasons.

Liz Cavalier has a net worth of $3 million, as of 2021: an amount she earned as the cast of Swamp People from 2011 in season 6. She also owns a website, gatorqueen.com, where she sells her merchandise that includes but not limited to seasonings and T-shirt. 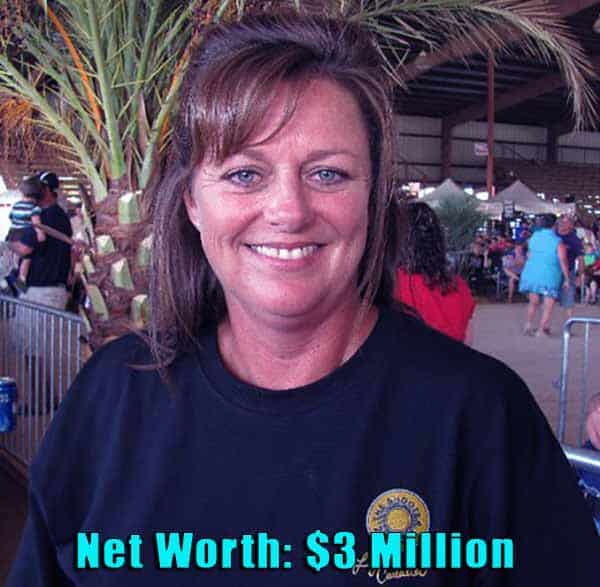 She joined this position as a replacement of former cast, a sharpshooter, Clint Landry. Having been Troy Landry’s friend, she perfectly fits into his team.

Liz Cavalier has a daughter, Jessica Cavalier, also known as Gator Princess. Jessica Cavalier, her stepdad and mum were both cast of Swamp People from the 4th to the 6th season. Jessica made Liz Cavalier a happy grandmum in September 2015 after delivering a baby girl. That is despite previously struggling with substance abuse which she eventually overcame. 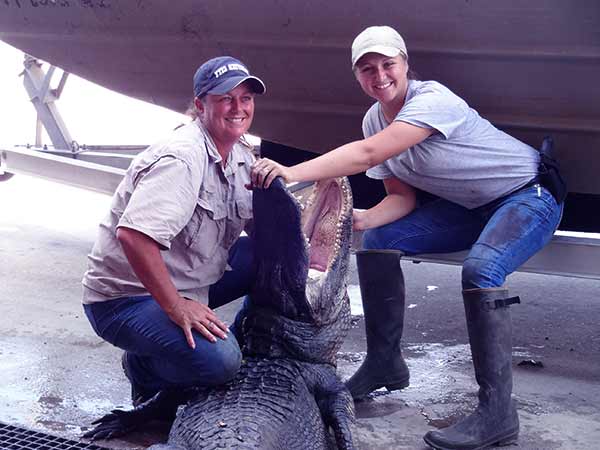 Liz Cavalier was first married to Cavalier, with whom she begot Jessica Cavalier. They later divorced and got married to her current husband, Justin Choate, in 2014.

They have been together for the past 7 years now. Justin Choate was a part Swamp People in seasons 4 and 6. Together they currently live in Lousiana, Pecan Island. 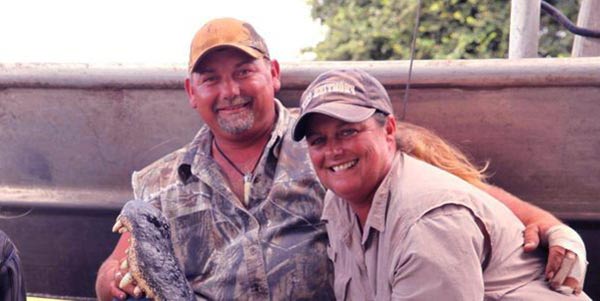 Liz is a daughter to Charles Dupre and Ella Dupre, both deceased. She is sister to Don Rich who is the composer and producer of Gator Queen, a song done in support of Liz Cavalier.

Her parents are Charles Dupree and Ella Dupree, both of them were involved in alligator hunting. She learned the gator hunting skills from an early age from her parents whom she used to accompany.

Liz watched her father hunting in their boat and got accustomed to the hunting lifestyle. She was not allowed to get into close proximity with the reptiles until she was 12 years old: when she acquired an alligator pet she named Chalie- Pie. Elizabeth joined the Swamp People in 2011 in the show’s second season. That was after the departure of a cast, Clint Landry.

She appeared in the show until 2015 at the end of the sixth season.  Liz was overhauled along with other casts without reason disclosure by the production company, Original Media. Liz currently runs an alligator hunting business in Pecan Island, Louisiana.

She has a website that sells her products. In 2014, she appeared in the Queen Latifah show as a guest. Liz’s net worth stood at $3,000,000 as of 2021. This amount she accumulated mostly from the Swamp People show.

Liz had a daughter in her marriage with Cavalier, Jessica Cavalier. Jessica featured in the show in its 4th to the 6th season. Jessica gave birth in 2015 making Liz a grandmum. Liz remarried Justin Choate in 2014 and together shared two sons, Daimon and Destin.

Liz Cavalier and her family currently live in Louisiana, Pecan Island at Freshwater City Road where they run the alligator hunting family business.