Lil Kim Before and After Plastic Surgery 2021. 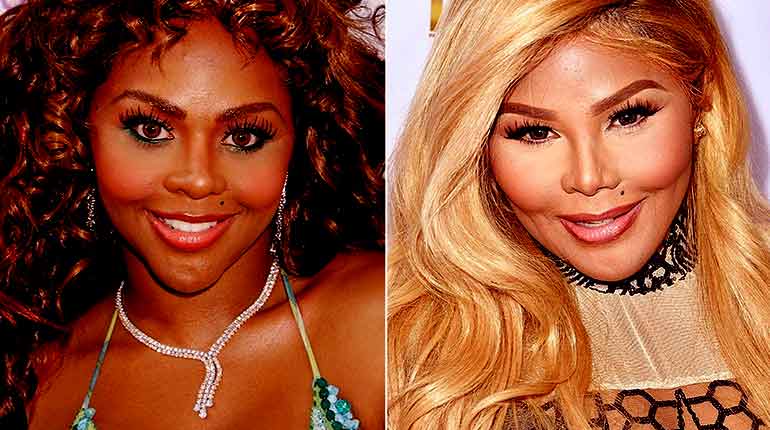 Lil Kim was a lovely dark-skinned queen in her initial stages in the music industry. However, there has been plenty of changes in her physique and more notably on her face. But wait a minute! Before making judgments on her, let’s consider some painful truths of her past. These in a way are the major contributors to her change. This is according to her confessions in various interviews.

Since the time she was a small girl, Lil Kim felt like an outcast. This not only happened in school but also at home. When she was 8 years, her own father rejected her. She seemed different from others considering her hair, her clothes, and her looks. She since then developed a very wrong mindset that has costed her love life.

Every time she gets into a relationship, it has always been men putting her down. Similar to what her dad did to her. Lil Kim didn’t see herself beautiful. And even if someone else said it to her, she knew it was not true.

The rapper also confessed that she has always had low self-esteem. The guys she related with always cheated on her with beautiful, white ladies. This prompted her to think of a way out.

Lil Kim Before and After Plastic Surgery.

The first physical change she did on her body was breast implants. Despite the pain in the procedure, she couldn’t relent in her mission to make herself over. In 2005, Lil Kim revealed that she faced violence in her relationship. The physical torture she experienced resulted in her nose breaking, black eyes and much more. This prompted her to undergo surgery to fix it.

Besides this, Lil Kim has undergone quite a number of surgeries on her body. She appears with a new look in public every time over the years. The changes in her body cannot be concealed. Her eyes, lips, nose, chin, and cheeks are no longer the same. 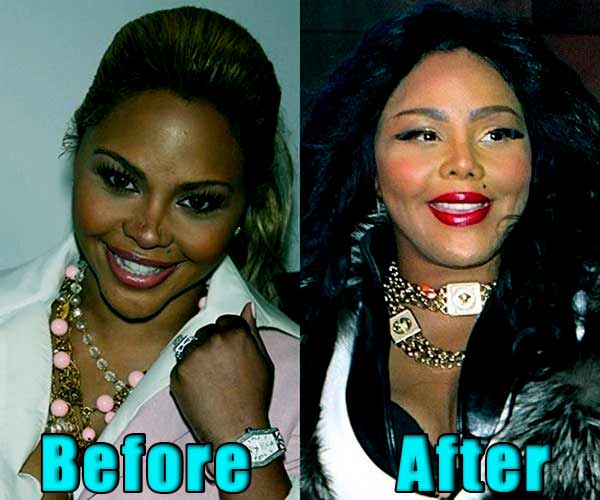 Rapper, Lil Kim plastic surgery before and after

Plastic surgery has been part of her lifestyle ever since she entered the entertainment industry. Seemingly, she has no plans of abandoning this cosmetic enhancement in the near future.

Her most shocking appearance was during the Dancing with the Stars. Lil Kim had been out of the scene for a while before she re-appeared. This time, her nose appeared thinner and sharper. Also, the shape of her eyes had completely changed. Moreover, her skin appeared extremely delicate.

In 2014, she talked of her facelifts as “re-inventing herself”, of which everybody knows about her. In 2016 again, she appeared on stage with a differently shaped nose and slimmer lips. In addition, she has long blonde hair. At the moment, she is unrecognizable.

According to a specialist, she presumably used very high doses of acid creams to lighten her skin. Further, she might have undergone surgery to remove fat, skin, and tissue from her eyes. Resulting in new eye shape. As for her jawline, she probably had Botox injections. Or rather, she may have had filler injections in her cheeks.

Lil Kim is a renowned American rapper. She has been married and divorced severally and at the moment she is single. She has one lovely daughter named Royal Reign. The celebrity has an approximated net worth of $ 18 million.