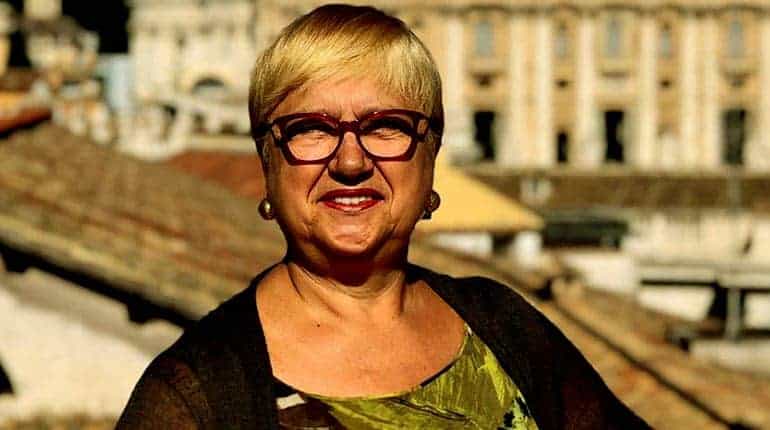 Lidia Bastianich is a television personality and celebrity chef who specializes in Italian dishes. Lidia became famous in her field after she got her show, Lidia’s Italy In America back in 2011. Since then, Chef Linda has gone on to be part of several more shows. Continue reading to know her ex-husband Felice Bastianich and her mother Erminia Matticchio.

Her hard work on television has led to a few Daytime Emmy Awards. Lidia, alongside her son, also own four Italian restaurants in Manhattan. Also, the chef is a published author with successful cookbooks in the market. The mother of two is an alumnus of Hunter College. Know more about Lidia Bastianich’s net worth and bio in the following paragraphs.

Who is Lidia Bastianich?

Lidia Bastianich is an Italian-American cookbook writer, television host, and businesswoman. Her primary specialty is Italian cuisine. This isn’t surprising, as it is part of her culture.

Lidia’s career trajectory can be traced back to the early 70s when her family opened their very first establishment, Tiny Buonavia in Queens. Since they were new to the scene, Lidia and her family decided to play it smart.

They did so by emulating the already proven practices and recipes used by established Italian restaurants. Also, the family was quick to poach and acquire the very best Italian-American cook in the area.

Tiny Bounavia proved a hit, prompting the family to set up a second establishment in Queens. This came in the form of a restaurant named Villa Secondo.

Lidia put everything she had learned to good use, wowing customers and food critics alike with her remarkable dishes. Around this time, she would also start giving live demonstrations to interested fans of her culinary skills.

Tragedy struck when her father died, and the rest of the family decided to sell off the two existing establishments they owned.

Lidia Bastianich finally decided it was time to branch out on her own, and opened a restaurant called Felidia. A few years would pass before her son, green into a career in Wall Street, left what was a lucrative field and ventured into the restaurant business.

He did this by convincing Lidia and her husband to invest in his project, a restaurant he would name Becco. Also, Lidia has her hand-dipped in other successful establishments. These are Eataly, Lidia’s Pittsburg, Friuli Venezia Giulia, and Lidia’s Kansas City. 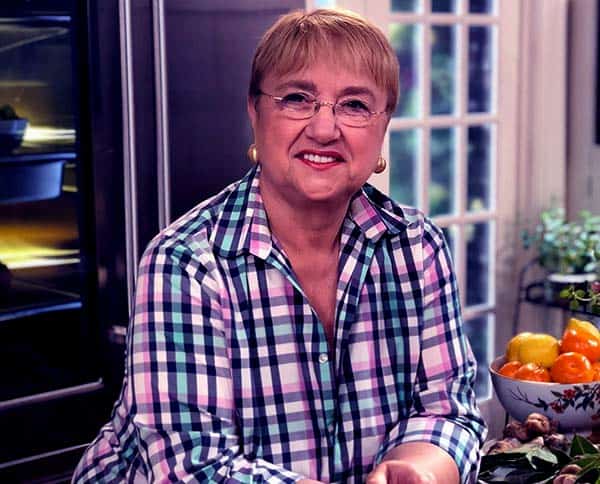 Two years before the turn of the millennium, Lidia Bastianich would get the chance to star in her program. She made her on-screen debut with the reality-based cook show, Lidia’s Italian table. Since then, the celebrity chef has gone on to host a plethora of shows.

These include: The Lidia Celebrates America series, Lidia’s Kitchen, and Lidia’s Christmas Kitchen. In addition to this, Linda Bastianich has also been a guest judge on MasterChef USA.

Lidia is also a published author. Most of her cookbooks have been well received. Some of the titles she has worked on include Felidia, Recipes from My Flagship Restaurant, Lidia’s Italian-American Kitchen, and La Cucina di Lidia. In total, the celebrity chef has sixteen published books to her name.

Erminia Matticchio was the mother of celebrity chef, Lidia Bastianich. While we were unable to get any details regarding her exact date of birth, we can confirm that Lidia’s mother passed away after turning 100 years old. Her husband’s name was Vittorio Matticchio. The two reportedly grew up in Yugoslavia.

Lidia and the rest of the family would call this place home until 1956 when Erminia and her husband would move the family to Italy. The move came as a consequence of the uneasy climate at the time. The family fled in fear of being persecuted for their religious beliefs. 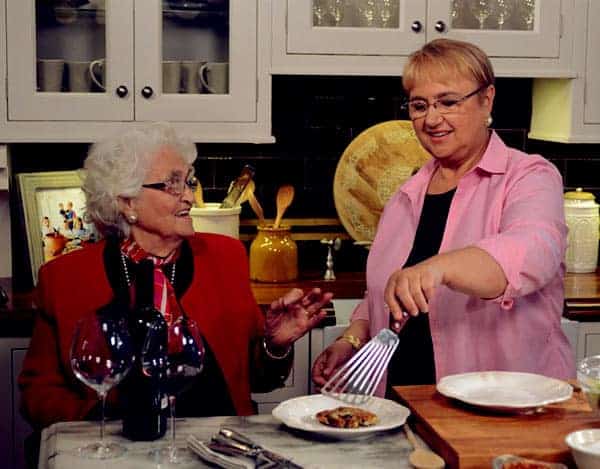 They would live in Italy for two years before eventually moving to the US. Erminia and her husband were business-minded individuals who went on to start several business ventures together.

This came in the form of a plethora of restaurants. After her husband died, Erminia would find a new companion in Gianni Bencina. Even in her old age, Lidia Bastianich’s mother worked hard to maintain the garden from which the celebrity chef got some of her ingredients.

The celebrity chef, Lidia Bastianich, has had a long-standing career in the culinary world. In addition to this, she is also the owner of several restaurants, as well as the author of sixteen cookbooks. This alone should give you a hint of how substantial her net worth might be, as she has multiple sources of income.

Lastly, Lidia has also been a mainstay on reality television. The list of cooking-based programs she has been on is endless. As such, Lidia Bastianich’s estimated net worth is $3.75 million as of 2021. 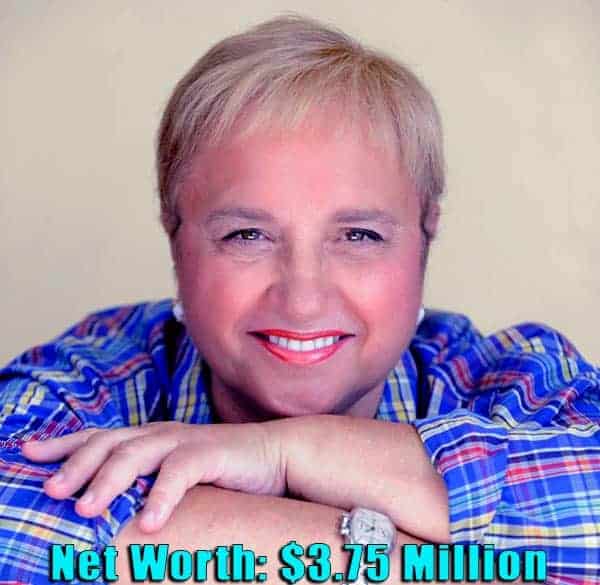 The celebrity chef was formerly a married woman. Lidia Bastianich was once married to a man named Felice. Sadly, her ex-husband passed away on December 12th, 2010. Like Lidia, Felice was also in the culinary business. This is undoubtedly what bonded the two together in the first place. 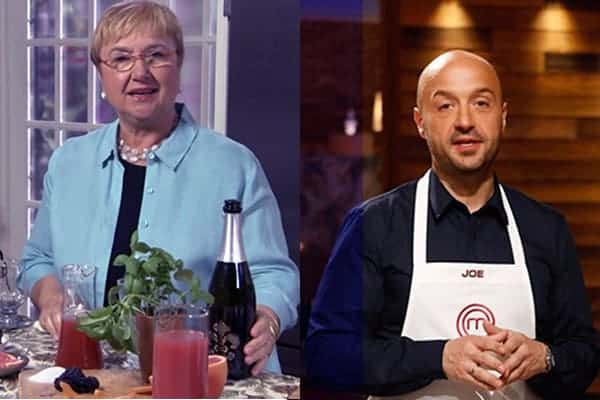 The couple was married from 1966 to 1997 when they separated. This came after over three decades of marriage. Also, Felice was the biological father of Lidia’s son. The man left behind a son, an ex-wife, and four grandchildren.

Lidia Bastianich has two children. Her firstborn child is Joe Bastianich. Joe is 53 years old at the moment, as he came into this world on the 17th of September back in 1968.

He is a businessman, writer, wine expert, and reality television star. Joe and his mother co-own over twenty restaurants scattered all across America. Joe Bastianich quit his job in Wall Street to go into business with his parents. 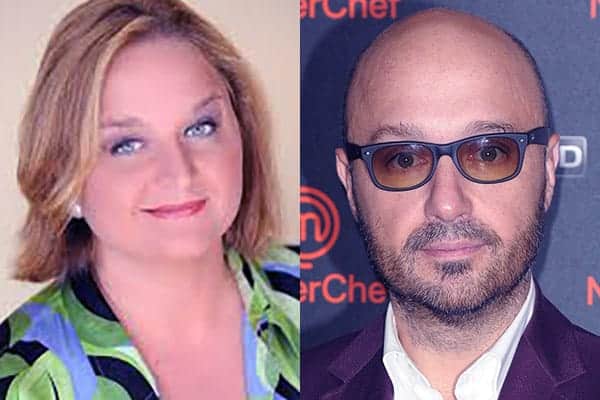 Joe is a married man, and his wife’s name is Deanne. Also, they have three kids of their own. Lidia’s other child is Tanya Bastianich.

She is two years younger than her older brother, which makes her 51 years old at the moment. Tanya is a writer and highly accomplished businesswoman. Also, she is married to a man named Corrado Manuali, and they have one child together.

Lidia Giuliana Matticchio Bastianich hails from Pula, Croatia. The celebrity chef is 74 years old. Linda celebrates her birthday on the 21st of February. This means that she came into this world back in 1947.

Lidia Bastianich did not have an easy childhood, as her family was forced to flee their home in fear of religious persecution. Also, their fortunes would eventually turn for the better when they started their chain of restaurants.