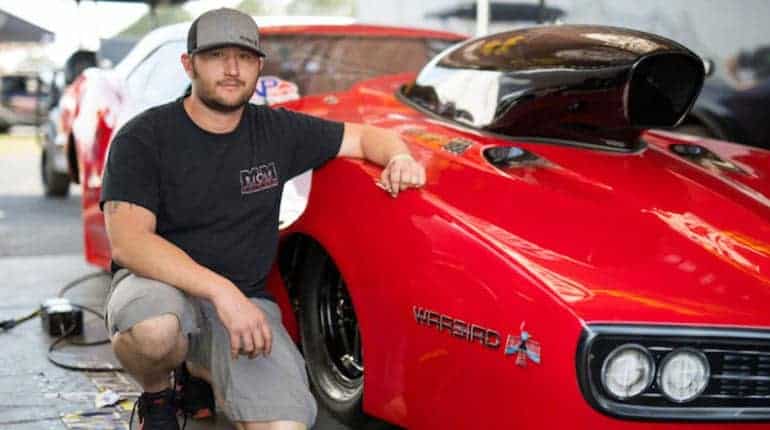 Hobbies can turn out to be fantastic opportunities and even change one ’s life for the better. Out of his passion for cars and motor racing, Kye Kelly has appeared in several competitions and also won.  Consequently, this has enabled him to earn some considerable amount of money.

Street Outlaws: New Orleans will star him a lot due to his unequaled driving prowess. To top it all, the different cars that he drives will get to feature in the reality show on Discovery channel. So strap in and ride with us as we highlight on Street Outlaws’ Kye Kelly’s net worth, age, ex-wife, girlfriend and his new car.

In his early life, the racer worked for an oil company to earn a living. However, after some time, he realized that his passion was not there and he decided to follow his heart in racing. Out of his outstanding skills, he leads the New Orleans racing group. Many aspiring youngsters look up to him as their role model. Moreover, he has a shop in a cars performance city. The TV star has gathered all his skills and prowess from the 27 years that he has been racing.

Street Outlaws’ Kye Kelly has competed far and wide in many cities across the US and also goes by the name Shocker. His legendary skills made him give other top and renowned racers a hard time in the competitive reality show. The reality TV star brags owning one of the high-end cars in this show: Chevrolet Camaro.

He was born in Mississippi, and he developed a passion for cars right from childhood. Previously, he did not command a huge following, but when he appeared in Street Outlaws New Orleans, his status changed. Currently, he has many fans from the Street Laws New Orleans.

The famous racer does not have a lot to smile about when it comes to married life. He has experienced many love hiccups that have not given him any joy, happiness or peace. 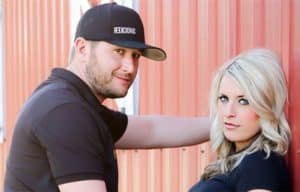 Similarly, the case was not different for his ex-wife Alisa Mote. As a girlfriend, Mote dated him for a long time. However, after they wed, things fell apart with the union lasting for just a short time.

The former couple has been divorced for a year now and has a daughter called Kenadeigh Alexa Kelley. Furthermore, word on the Internet and Media has it that before he married Alisa, he was married to another lady. Moreover, rumor also has it that before the TV star’s divorce, he had a son with the said lady.

Kye Kelly Dated a new girlfriend Lizzy Musi after Divorce from Ex-Wife Alisa Mote, But They Broke Up Later.

After his divorce from his ex-wife, he secured another girlfriend, Lizzy Musi. The pair is an item and in love with their pictures flooded on Musi’s Instagram account. 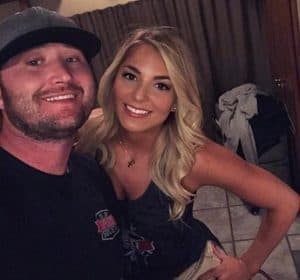 They were spotted having some fun and spending quality time together. His girlfriend is from a family that has a lot to do with car racing, and that’s most probably where they met.

However, there have been rumors circulating their relationship, and they confirmed it on Facebook recently. From the talks, it seems that the lovebirds were also not meant to be because they are also purported to have broken up. However, time will tell whether Musi will be Kelly’s wife.

Kye Kelly net worth and age

Kelly is quite a hard working man. Out of his passion for racing, he is always aggressive, and on the lookout for any opportunity he can grab and make money after winning. 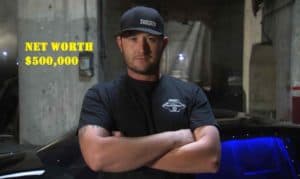 Kye had a passion for racing and cars ever since childhood. Kelly is not only a renowned car racer but also a distinguished and a professional driver who is admired for his skills and looked up to by many youngsters. 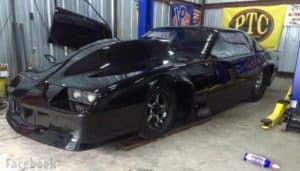 He worked so hard because he comes from a humble background that was unable to support his education. His passion and racing prowess motivated him to participate in many races in diverse places. That is the same thing that qualified him to appear in the Street Outlaws reality show. He believes that anyone can make it even without education. Kye Kelly new car is an expensive Chevrolet Camaro.

Street Outlaws’ Kye Kelly grabs every opportunity that comes his way, and thus he is always increasing his income and net worth at his age. This wealth is also because fate still acts in his favor and makes him win most of the competitions. Kye Kelly’s doesn’t limit his racing to a particular place; he travels far and wide to compete with other people.