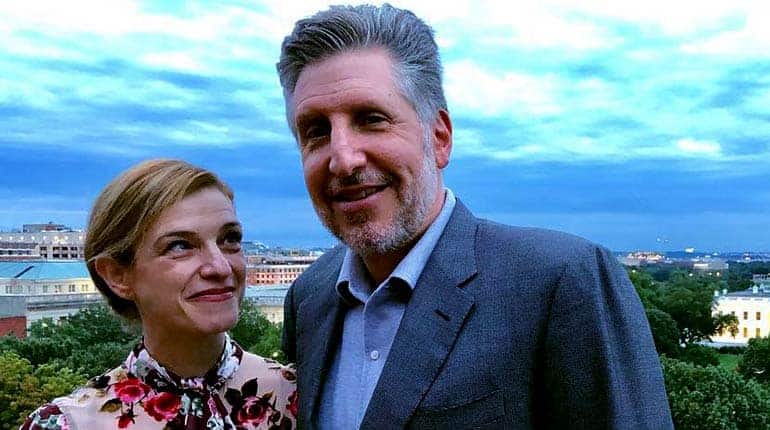 Mexican born Pati Jinich is a famous culinary artist, food writer, Television star, and cookbook writer. She became a household name after the launch of her show, Pati’s Mexican Table.

Pati is an award-winning chef, with a couple of Emmy and James Beard Awards in her cabinet. She is also a former student of Georgetown University. Read this to know more about Pati Jinich’s husband Daniel Jinich.

One of her most popular books is titled, The Secrets of Real Mexican Home Cooking. Also, the chef is a married woman and a proud mother of three. We will take a look at Pati Jinich’s bio, exploring her net worth and other interesting details as well.

Who is Pati Jinich? Career and TV shows.

Pati Jinich is a 49-year-old chef, writer, and television personality. She is well known because of her popular cooking based reality show, Pati’s Mexican Table.

The show was first made its way on television on April 2nd, 2011. It found its home on the PBS Network.  Pati would share original Mexican recipes with the American public.

Each episode introduces a unique Mexican dish. So far, Pati’s show has been on the air for eight seasons. The impressive run has seen the chef receive two Daytime Emmy Awards for Outstanding Culinary Host. 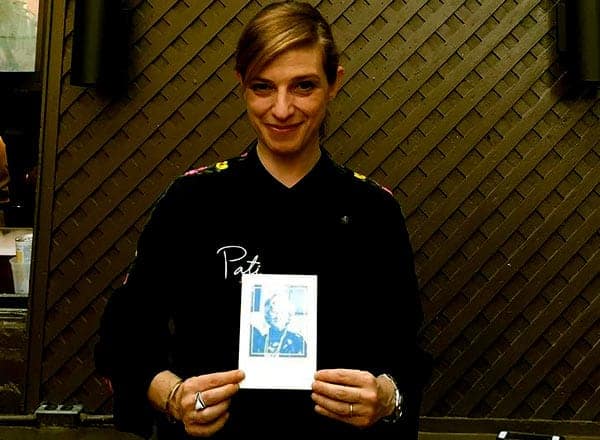 Before television, Pati Jinich had made a move from her hometown to Dallas, Texas to be with her husband. This naturally led to her missing her home country.

This led her to dive into research based on Mexican food and recipes. Pati would go on to share her extensive knowledge on the matter with those around her. This would inevitably lead to her earning the call up to help produce the local PBS show, New Tastes from Texas.

Pati Jinich would later move the family to Washington to further L’Academie de Cuisine. By 2007, she had gotten enough experience to start a sequence of live cooking shows along with subsequent dinners. This program was known as the Mexican table. She would later start a Mexican Cuisine based blog which was also well received, prompting numerous publications to come in and ask her to write for them.

Pati Jinich’s early success with eventually see her go into television, and the rest, as they say, was history. The chef has also enjoyed relative success in the world of literature.

She is the author of two critically acclaimed cookbooks. The first is the Secrets of Real Mexican Home Cooking, which was published back in March 2013. The second was New and Rediscovered Recipes for Contemporary Kitchens which dropped three years after her first book.

Being a successful television host guarantees one an impressive net worth. This is also true if the host has been the recipient of multiple Daytime Emmy Awards.

Your average reality star can make about $10,000 per episode. So it stands to reason that an award-winning host must surely make much more. 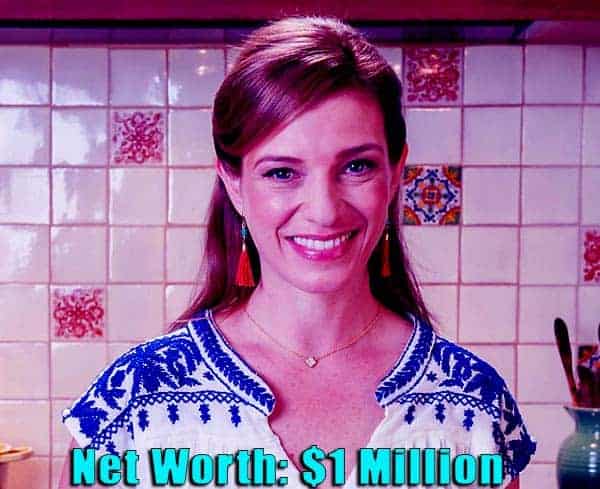 In addition to this, Pati is also the author of two successful cookbooks. Taking all of these into account, Pati Jinich’s estimated net worth is $1 million. Additionally, Pati also shares in her husband’s wealth. The man is a business tycoon whose net worth is valued at over $3 million.

The Mexican born TV personality is a married woman. Pati’s husband is Daniel Jinich.  Like Pati, Daniel was also born in Mexico.

At the moment, Daniel is one of the managing partners of ACON investments. The couple met through mutual friends, as they were set up on what was a blind date. After dating for a while, Daniel would propose, and the pair would be married by the time Pati was 24. 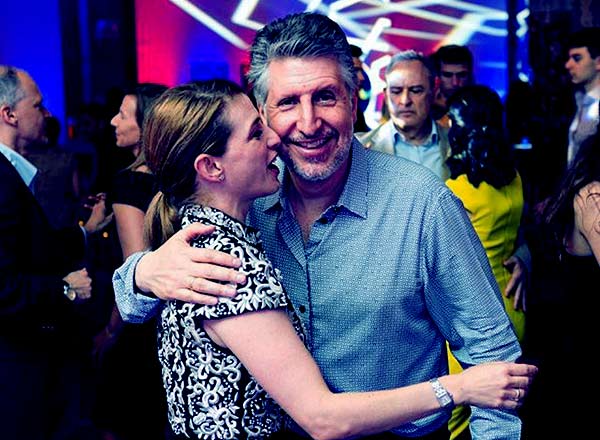 This was back in 1996, and Pati and husband Daniel Jinich tied the knot in their home country, Mexico. The couple would later relocate to Texas and start their new life there.

They would then move to Washington in order to help further Pati Jinich’s culinary dreams. So far, they have been married for more than 20 years now.  Pati Jinich and Husband Daniel Jinich also have three beautiful children together, all boys.

There is not much information available on Chef Pati Jinich’s husband, Daniel Jinich. This is because compared to his wife, he is a relatively private individual.

This is further compounded by the fact that his social media presence is non-existence. We did, however, learn that he was born in Mexico. 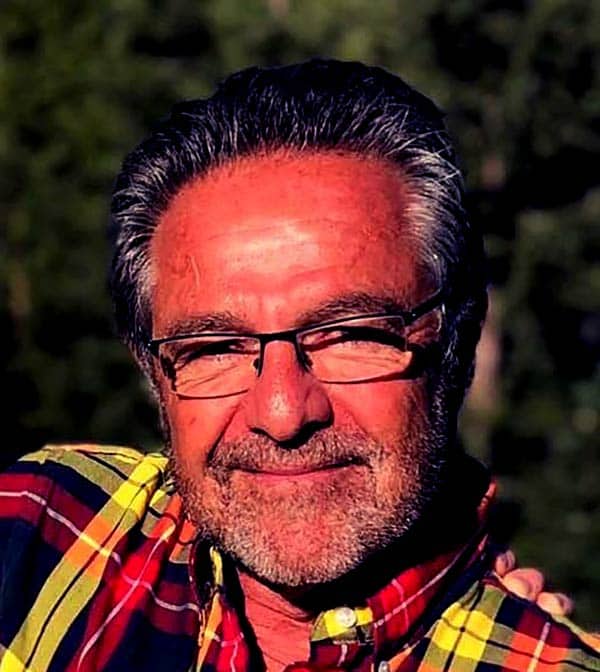 Pati Jinich Husband Daniel also works at ACON investments at the moment, serving as one of the partners at the firm. His successful stint in the world of business has seen Daniel accumulate a net worth that tallies up to $3 million.

While the names of the celebrity chef’s parents remain unknown, she has revealed a lot of information about them. Her father, for instance, was a jack of all trades. He worked as an architect, as well as a jeweler at a certain point.

Pati’s dad would also later open a restaurant. Her mother was an artist. She ran her art gallery back in Mexico. Pati Jinich also revealed that her parents had divorced a while back. This was on an old post on Facebook.

The celebrity chef has three sons with her husband, Daniel. Pati’s firstborn son is Alan Jinich. Though the exact date he came into this world remains undisclosed, it is estimated that he is around 22 years old.

Her middle child is Sami Jinich. He celebrates his birthday on the 17th of October and was born in the year 2001. At the moment, Sami is 19 years old. 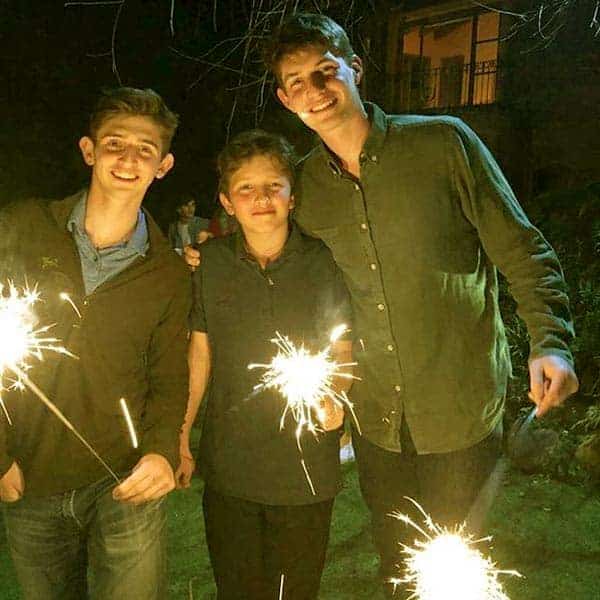 Her last born son is Julian Jinich. He is 15 years old at the moment and came into this world on May 12th, 2006. His family gave Julian the nickname Juju.

Juju is a confessed chocoholic, and it is high up the list of demands during birthdays. Like the rest of his brothers, he regularly helps his mother in the kitchen.

Patricia Jinich is a 49-year-old Mexican born celebrity chef. She was born in Mexico City but later moved to America to further her studies.

Pati attended Georgetown University after a stint at Instituto Tecnológico Autónomo de México. The love she has for her culture is what ultimately jump-started her career.

Pati was feeling homesick back in Texas when she started to devote her life to researching about cuisine from her native country.

This has translated to an impressive run on television as well as successful published works out there in the market. In addition to her professional accomplishments, she is a wife and mother of three.