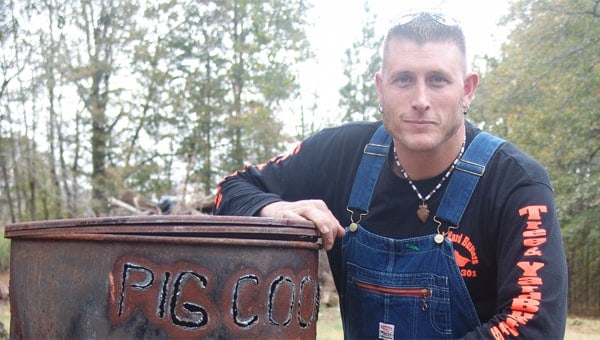 Moonshiners’ Josh Owens has done what very few have achieved by making his passion his career and in doing so gained huge success and net worth. He learned to moonshine from his late musician buddy, Barney Barnwell. Learn more about his life focusing on his wife and wiki-bio.

Moonshiners TV series that airs on Discovery Channel is the face of a lot of controversies. The show documents the lives of various people that illegally brew moonshine in Kentucky, Tennessee, Virginia, North and South Carolina. However, Virginia authorities claim that none of the alcohol produced by the cast is illegal, and if it were, law enforcement would intervene.

Before his television debut, Josh was and still is a professional motorbike racer and was North Carolina’s state champion for two consecutive years, 2003 and 2004. His love for biking is undeniable and is it just me or are most of his photos taken with him on a bike? 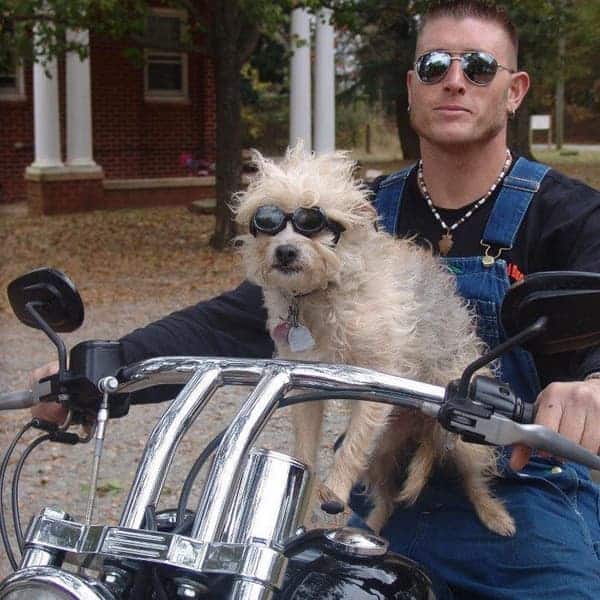 Josh’s TV career was launched in 2012 in Moonshiners season two premiere. Since then he has made an appearance in all of the seasons that followed and is unquestionably the star of the show.

And although the TV show has been profitable, it’s time-consuming, so he doesn’t spend as much time as he’d like with his daughter. Plus it’s not like his work environment is suitable for a “Bring your daughter to work day”

Net Worth and Sources of Income

Some suggest that he also makes a 6-figure salary from selling the illegal alcohol he brews. Might be, he does, after all, know how to avoid the long arm of the law.

Whatever the reason be people believe his net worth to be more than 400k dollars after various other ventures he has not mentioned to the public. The estimated net worth is never exact and can be updated in the future for this very reason.

“…plus juggle a crazy ex-girlfriend…” Josh Owens said this back in 2015 in an interview with MOTO USA. Well, whether or not Josh finally found a non-crazy girlfriend remains unheard of to me.

I do however know he has two loves, his daughter, and his dog, Cutie Pie. You can see endless photos of the two on his Facebook page, Official Moonshiner Josh Owens.

Oh, he likes blonde women according to his ‘About’ Facebook section. So it looks like Josh lacks a wife in his life so speaking about his married life is not possible.

What is possible is to hope that Moonshiners’ Josh Owens has a secret girlfriend stacked up somewhere who could be his future wife, after all, celebrities have been known to keep their wife and girlfriend in the dark from the media. 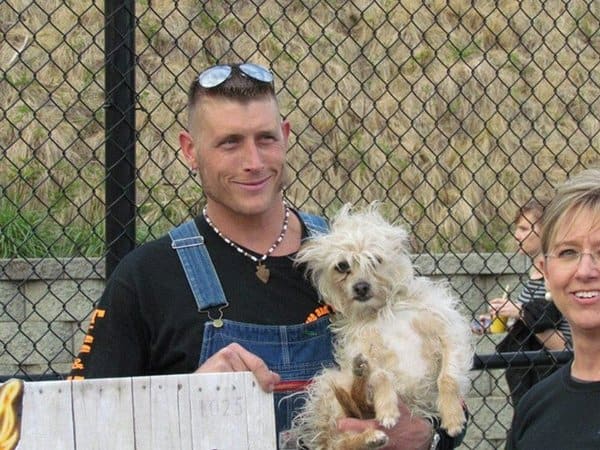 Other than the cute pics of his daughter and a dog you’ll see a very recent photo of bandaged Josh with the caption,

“Josh is still recovering, the ribs and punctured lung are taking some time to heal. He appreciates all the concern and messages”

So what happened this time? Well, an earlier post dated 18th March 2018 said,

“Josh was in a wreck but is ok. Broke nose, ribs, collapsed a lung, lost the test of his already amputated finger but not in immediate danger now. Will post more info when it becomes available. Please respect his privacy at this time and let him recover in peace…”

Speaking of an already amputated finger, do you remember that time in 2016 when Josh lost his finger? It was apparently as a result of grinding wheel explosion.

I sure hope they’ll be no more Josh Owen accidents to report, but I guess they are somewhat inevitable considering his lifestyle. In that case, try to be a more careful next time.

Josh Owens Sturgis has always loved fast cars, fast bikes, and fast go-karts. His wiki-bio states that as a child, he would play with a race go-karts. This Moonshiners’ cast desired to be a race car driver, motocross racer, and actor. He made it!

He lost his mum and mentor, Barney Barnwell just around the time he got the Moonshiners gig. Josh Owens also loves to hunt, fish, kayaking, mountain climbing, and lumberjacking.

He was born on August 28th 1977, and is 44-years old at the time of writing. A few other personal details include his measurements. Owens stands at 1.8 meters tall, weighing about 84 kilos.