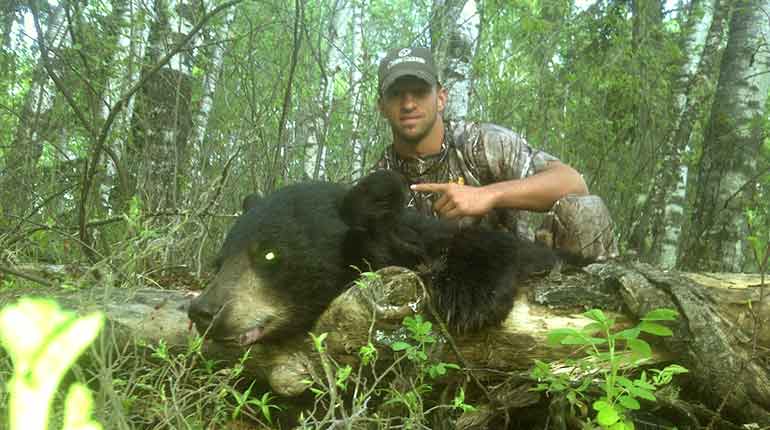 Jay Paul Molinere is reality personnel that stars alongside his father R. J Molinere on the History Channel’s Swamp People.

Swamp People is an American reality series. Its first broadcast was on August 22, 2010. The show focuses on daily activities of alligator hunters who live in the swamps of the Atchafalaya River Basin also known as Louisiana airborne memorial bridge

Not only is Jay Paul Molinere reality personnel, but also a sportsperson, all thanks to his desirable height and athletic body – having played football back in high school. He also enjoys taking on his opponents in the ring, and he excels. Yes, he is a boxer. Paul won the golden boxing championship twice; he is also a regional boxing champion and an MMA fighter.

Jay Paul Molinere was born on August 20th, 1988, which makes his age 33, in Grand Bois, Lousiana in the United States.  He belongs to the white ethnicity. His parents are R.J Molinere and Stacey Molinere.

Jay Paul Molinere from ‘Swamp People’ learned alligator hunting skills, crabbing and trapping from his father. R.J Molinere started teaching him these skills at the tender age of three. Alligator hunting is a family thing that has been handed down from generation to generation. To top it all, R. J Molinere, learned the skills from his mother.

He first appeared on Swamp People in its second season. Swamp People is the show that also gave people like Troy Landry, Brandon Landry, and Chase Landry a chance to shine in the entertainment world. 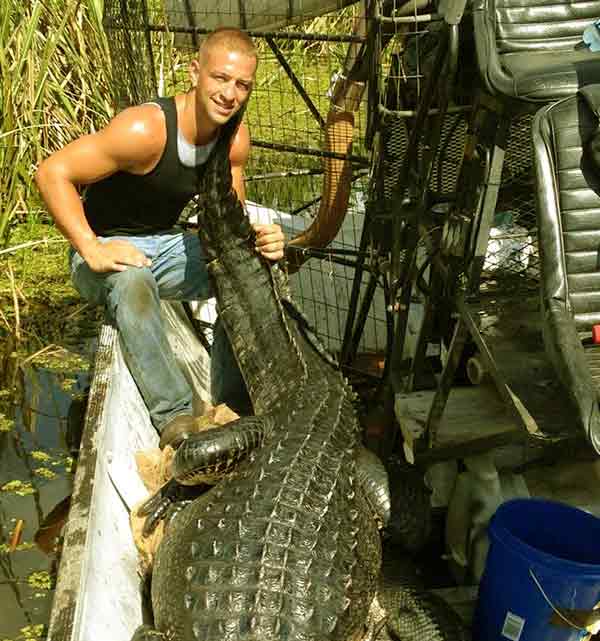 Apart from hunting the deadly alligators with his father, the duo is said to be enjoying a very close relationship. They have managed to become the best of friends all thanks to the over 30 years that they have been hunting together.

While away from hunting and casting, Paul loves hiking and traveling to exotic destinations with his wife, Ashleigh Price Molinere.

Jay Paul Molinere started boxing at an early age of six years and was being trained by his uncle, Elsie. He used to train in their backyard. His father was his main pillar as he always inspired and encouraged him to keep on boxing. Paul inherited his athletic genes from his father who was a wrestler and is the defending World champion in Arm Wrestling. 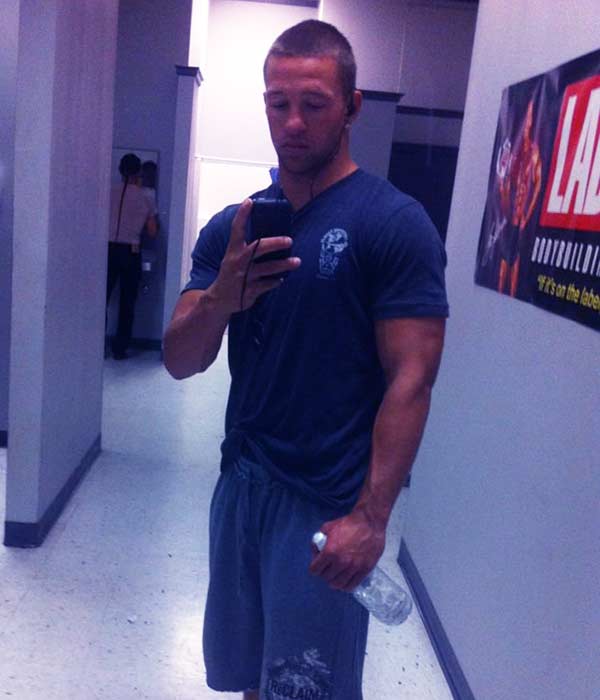 Later, Jay Paul Molinere won the golden championships twice,  regional boxing championship once and he is also an MMA fighter. He recently hinted that he would be going back to his boxing career.

Boxing did not just give him fame; it also won him a scholarship. He was among the nine excellent boxers that were awarded $2000 scholarship by the Columbus rotary.

Jay Paul Molinere attended the South Terrebonne High School. While at school he played football for four seasons in the defensive back position. He graduated from high school in 2006 and proceeded to study an Anesthesiology Degree at Fletcher Technical Community College. Jay Paul Molinere left Fletcher  Technical Community college in 2001, the very year he made his debut in theTV heat reality series Swamp People.

At the age of 10, lady luck was not on his side as he suffered a fatal jet ski accident that left his skull fractured.  The fracture was around 6-t0 -8 inches. He had gone for family camping on the fourth of July holiday when he was hit by a malfunctioned jet ski.

The injury was so severe that it sent him to a three days coma. The doctors thought he would never be normal again, but God had other plans for him; he was lucky enough to have healed completely.

Being a tall, handsome young man, a boxing champion and a star in a heat reality series, (a celebrity) Jau Paul is every lady’s dream guy. Girls are crazy about his physique and personality but sorry to disappoint you ladies; Jay Paul Molinere from ‘Swamp People’ is Married to a wife. 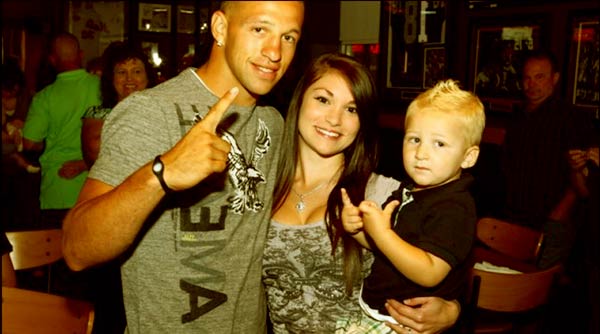 He is married to one Ashleigh Price Molinere. Even though they did not wed, the lovely couple has been married for almost five years now.  The young Molinere couple is blessed with three adorable children.

Their firstborn, a son named Jayden was born on the 14 of April 2009. Their second born, a daughter, A’niyah  Nicole Molinere was born on July 29, 2013. It is said that they recently had their third child, but not many details are known about it. We are yet to know whether it is a girl or boy and its name.

It is not mandatory that Jaydin will become an alligator hunter like his dad, but he is already showing signs and interest since his dad is teaching him how to shoot guns and hunt. Remember hunting is a family thing that has been passed down from generation to generation. Anyway, only time will tell.

Having been born on the 20th of August 1988, Jay Paul Molinere is 33 . He is still quite a young man, and we hope to be seeing more of him on the reality series swamp people, that is if he won’t be devoured by the deadly alligators on one of his hunting sprees. We all know that that is unlikely to happen since he has been doing this for a long time, he is well experienced and a sharpshooter too.

Although hunting alligators is seasonal, Jay Paul and his dad earn some impressive amount of money from it. We bet they do their best to make the most out of each season. Being a cast on the reality show Swamp People, he also makes some good cash in terms of the pay he gets. 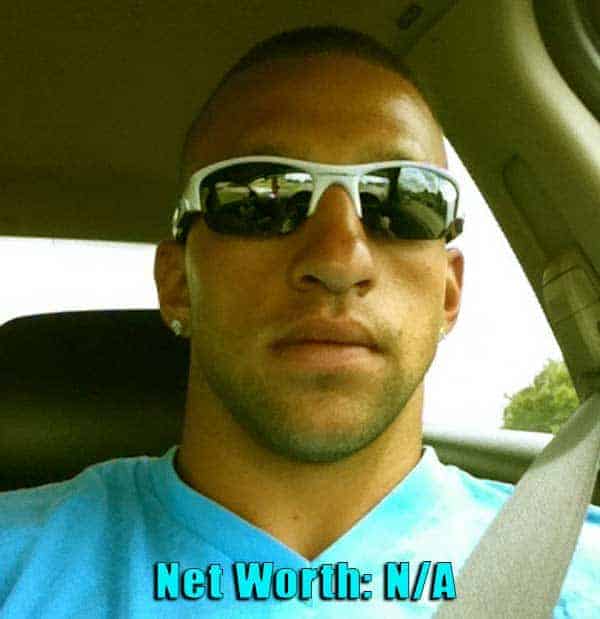 Jay Paul Molinere exact net worth is $2 Million. According to celebritynetworth.com, his father R J Molinere’s net worth is approximated to be around $500, 000.