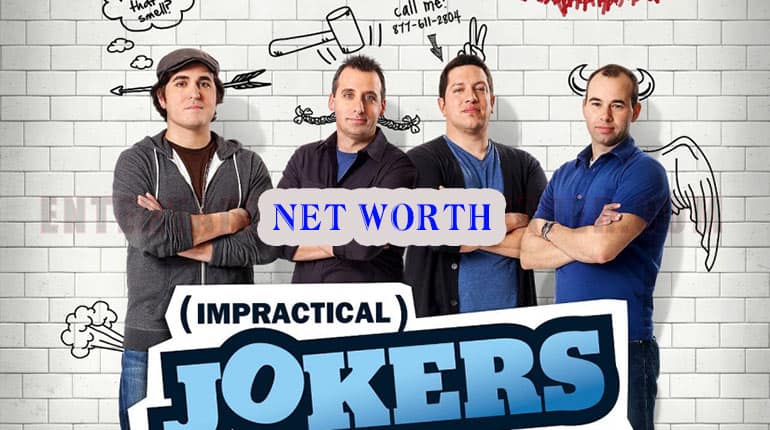 Impractical Jokers is a Tv show first premiered in 2011 and which involves four friends that embarrass each other in public. If you have been in the search to find out facts about the cast members and their net worth, search no further as we are here with that information. In this article, we will look at the four cast members in the show and their net worth.

Impractical Jokers Salary and Net Worth

Impractical Jokers is a Tv series first aired in December 2011. The Tv show is centered on four friends James ‘’Murr’’ Murray, Sal Vulcano, Joseph Gatto and Brian Quinn, who go out of their way to embarrass each other in public. 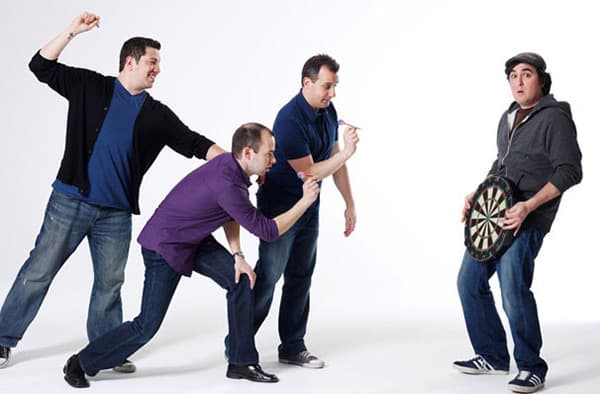 Impractical Jokers having fun as always

The intrigue in the Impractical Joker is that the cast does not know the prank they are to carry out until they are in the public eyes. The joke if not carried out by the cast involved, gets some punishments. One fact about the Tv show is that the cast all went to the same college and are all from the New York City.

James Murray is one of the cast members in the Tv show, out of the four friends, James takes up double responsibility in the show, one as a cast member and as the producer of the show. This implies that he gets paid as the cast member as well as been in-charge of the show. He was born on 1st May 1976 in Staten Island, New York, and this makes him 45.

James net worth is put at $1 million. He is the richest among the four-cast going by their net worth.

Sal Vulcano was born on 6th November 1976, and is set to turn 45 as well. From the start, Vulcano knew he wanted to be a comedian, having worked for several production agencies before settling down with the Impractical Jokers.

Brian Quin, born on March 14th, 1976, and has already turned 45-years old. It should be noted that Quinn had been friends long before he joined Vulcano and Patterson. Quinn and Murray both attended high school together and studied performing art.

Brian Quinn’s net worth is put at $500,000, and he is okay being put under pressure from the cast members.

Drew Patterson Net Worth and Salary

Drew Patterson is not the character you get to see with other members of the series; he has a different job which is the voice behind the narration in the Impractical Jokers Tv show. He has equally worked on Ann Wilson; In Focus. At present, his salary and net worth are unavailable.

He was born in 1976 in the New York. Like the rest of his friends, he is also 45. Joe Gatto is the founder of the troupe The Tenderloins and a third member of the casting team. He is a known comedian and writer.