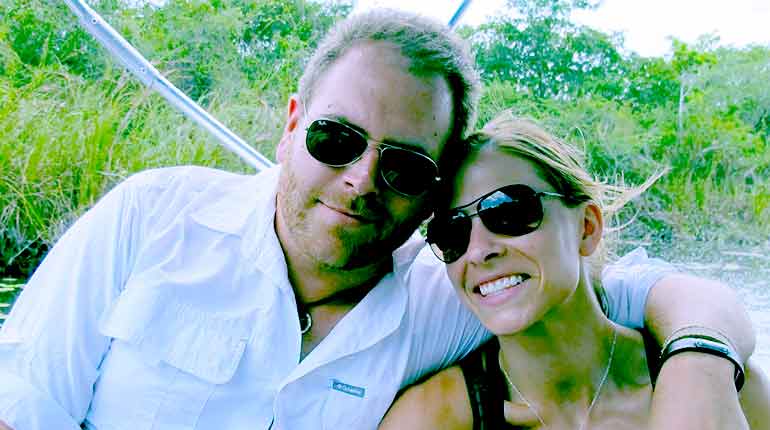 Hallie Gnatovich was the wife of the famous American television personality and explorer, Josh Gates. She is a former actress mostly known for her appearances on Destination Truth (2007).  She also played as an actress on Archer House (2007).

Initially, Hallie Gnatovich wanted to become an actress. As a result, she pursued Theatre as her first degree. In 2007, Gnatovich undertook small roles on Archer House, a short comedy. She portrayed as Marnie in the comedy.

Around the same time, she joined Destination Truth. Actually, she began working with Josh Gates as one of the researchers on this show in 2008. After some months, she started making on-screen appearances in the show. In total, she featured in 8 episodes of Destination truth.

Apparently, Hallie had already made up her mind to change career before she joined Destination Truth. As a result, she had already enrolled for a Masters degree in Marriage and Family Therapy/Counselling. 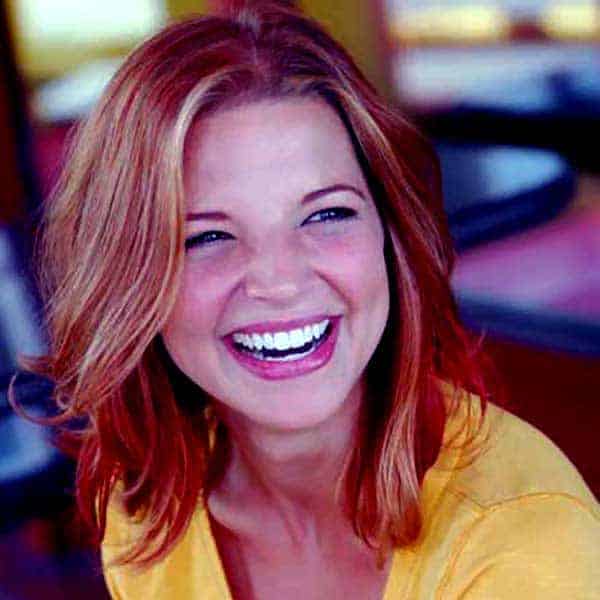 Before getting into a fulltime counseling career, Hallie Gnatovich worked as a researcher for various movies. Some of which are; Issie & Icelandic Elves and Ninki Nanka & Kikiyaon

Her Career as a Therapist.

From 2009 to 2012, Hallie Gnatovich worked at the Jeneese Center as a Therapist. She undertook a similar role at the Jewish Family Center in 2011. Here, she worked for one year and three months.

In 2009, Josh Gate’s wife founded her own counseling firm named, Hallie G Therapy. After her graduation in 2010, Hallie Gnatovich went ahead and acquired a certification in mindfulness. In 2012, she acquired her license for her business.

Presently, Hallie Gnatovich works at her firm. Her approach to work is majorly on Cognitive Behavioral and mindfulness perspective. Using this approach, she first tries to understand her clients’ viewpoints about life.  To her, this is the first and foremost step to treatment.

Reportedly, her clients are mostly those in the age of 20s and 30s. Majorly, she targets lesbian couples, actors, writers, and Hollywood executives. Hallie charges $125/hour session for individuals and $150/hour for couples. Therefore, she must be having an admirable net worth at the moment.

Hallie Gnatovich has other roles besides running her counselling firm. She works as a consultant for MedAvante-ProPhase, a post she has held since 2008. Her roles here are assisting in the training of pharmaceutical researchers in DSM symptomatology.

Josh Gates’ ex-wife, Hallie Gnatovich Gates, has undoubtedly made a huge net worth. However, wiki-bio has not disclosed her actual net worth. 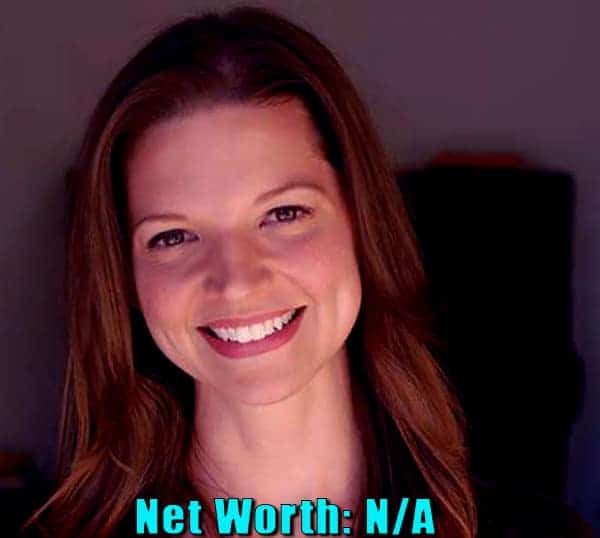 Actress, Hallie Gnatovich net worth is currently not available

Her husband, on the other hand, has an estimated net worth of $3 million. After her divorce, she undoubtedly got a decent amount of this for the settlement.

Initially, she worked as a researcher behind the scenes but later, she started featuring on screen. Within no time, the two fell in love and started dating. Eventually, their love graduated into a marriage. She got married to her beloved husband, Josh Gates, on 13th September 2014. 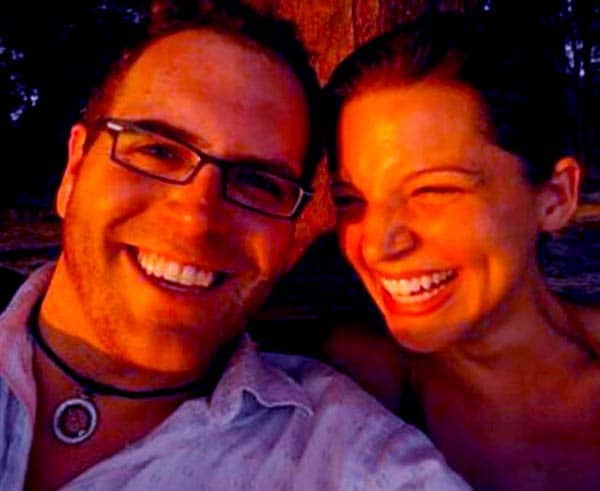 They held a private wedding ceremony at the Hidden Pond luxury resort in Kennebunkport, York, Maine.  In-attendance was only their two families and very close friends. Thereafter, Josh Gates broke the good news of the marriage via his Facebook and Twitter accounts. He did this by posting a photo of a car with a sign reading, Just Married.

They shared a very loving relationship for the next seven years or so, living in Los Angeles, California together with their two children. In August 2020, Hallie shocked the world when she took to Instagram to reveal that she and her former spouse had been separated for nearly a year. After several months of trying to resolve their issues, their divorce was finalized on the 13th of July 2021.

Josh Gates and his former spouse Hallie have two children from their marriage. On 12th February 2016, the couple welcomed their first child, a boy named Owen Gates. He turned 5 at the start of the year. It was really amazing how Hallie revealed the news of her first pregnancy. She did it via a phone call while Josh Gates was in the middle of a show. 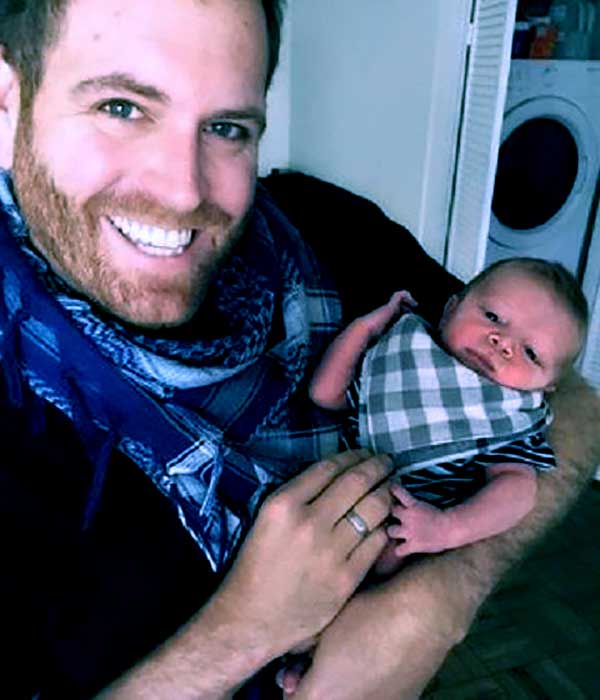 Hallie Gnatovich hails from a nuclear family of five members. She is the only daughter to her parents, Rock Gnatovich and Stana Gnatovich. Her two siblings are both males. One of them is known as Steven. Her second brother refers to himself as “Simongnat” on Instagram.

Reportedly, her mother, Stana, is a licensed Marriage and Family therapist. Perhaps, Hallie got the love for being a therapist from her mother.

Hallie Gnatovich is currently 40 years old. According to her wiki-bio, she was born on 26th January 1981 in Boston, United States. Wiki-bio has not yet revealed her education background. However, from 2000 to 2004, she attended Oberlin College whereby she graduated with a BA in Theater.

Later on, Hallie Gnatovich decided to switch her career and this prompted her to go back to class. She enrolled at the Alliant International University undertaking a Masters degree in Marriage and Family Therapy/Counselling. Hallie graduated from herein in 2010. Wiki-bio reveals that therapist Hallie holds an American nationality and belongs to white ethnicity.