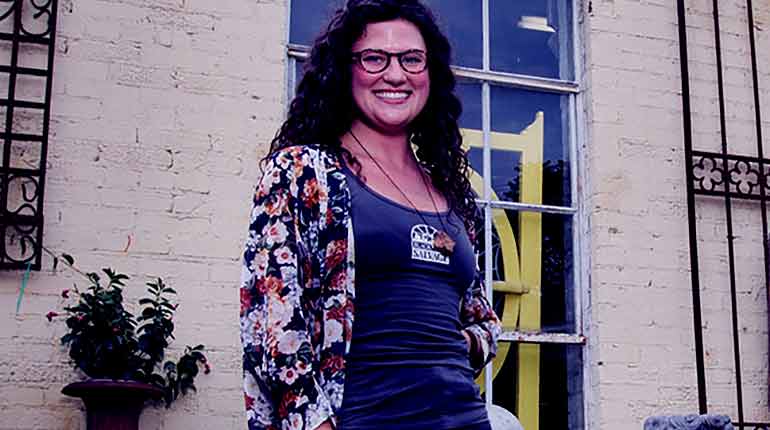 The DIY cable network has its set of queer shows, but nothing says strange like its very own Salvage Dawgs. Even Wikipedia still doesn’t have a page for it despite having run for ten seasons since 2012 and amassing tons of viewers across the globe. So what makes it odd, you ask?

Well, it’s a series that broadcasts the lives of Black Dog Salvage crew or ‘Salvage Dogs’ who secure remarkable architectural artifacts from condemned homes. Today, we’re going to look into the personal life Salvage Dawg Grayson Goldsmith and probe onto her spouse and married life. Read this complete Grayson Goldsmith’s Wikipedia type bio for all info.

Who is Grayson Goldsmith?

Goldsmith may not be the top frontier Salvage Dog but has a respectable reputation to uphold. She got recruited by Robert Kulp and Mike Whiteside, the co-owner of Black Dog Salvage with no prior exposure to television. In an interview with ASU, the two went on record to state;

‘It’s been fun to watch her grow, because from the first time she was on TV – real scared, and not knowing what to say, and now you can’t shut her up.’

Salvage Dog Grayson had just completed her college major from the Appalachian State University and did a bit of traveling before joining the crew.

She had toured the world to Scotland, France, and Spain before heading back to Roanoke, Virginia. Moreover, she also had the opportunity to help out Brooke Shields in her movie, The Hot Flashes as the lighting and camera stand-in. 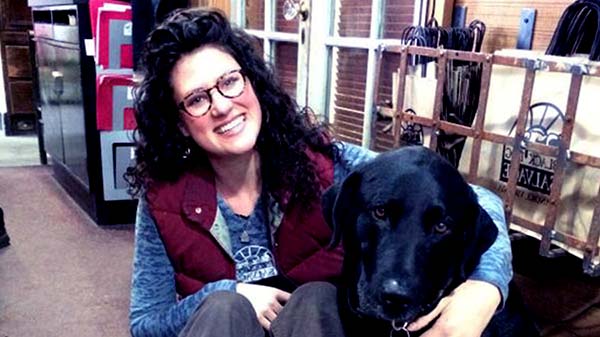 However, now that she’s a celebrity in her capacity, the Salvage Dogs star goes on Q&A’s briefings and keeps her fans entertained. Initially, the crew was only made up of 11 workers but has now grown into a little community of well over 30 people.

Is Salvage Dawgs star Grayson Goldsmith Married to husband? Or is She dating a boyfriend?

Grayson from Salvage Dawgs is pretty uptight about who she brings into her personal space. As a result, she has never disclosed any details regarding her boyfriend or whether or not she is married to a husband. Moreover, online sources also don’t have concrete evidence to determine whether she’s even straight or not.

Regardless, fans often speculated that she might have had a thing for her fellow co-star, Tay Whiteside. The two frequently go live on Facebook Watch every Thursday to do Q&A’s with some of their fans. One fan, in particular, speculated that they looked cute together and asked if she and Tay were a thing.

As a result, Salvage Dog’s Grayson put an end to the rumor before it started by clarifying that they were just friends. Furthermore, the title of the video clearly states that they are neither dating nor related. 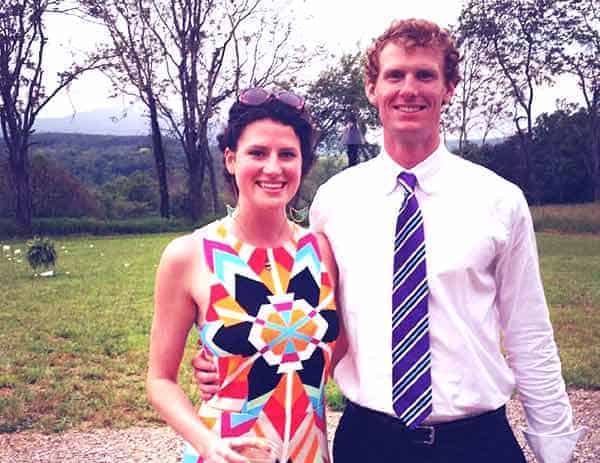 On the other hand, we dug around and found that Salvage Dogs Grayson is indeed married. Her low-key wedding to her husband, Garrett Hollingsworth, took place on June 15th, 2019, in Roanoke, VA. They celebrated their 2nd wedding anniversary mid way through the year. We know this from Sew Right, LLC; sewing alterations for bride gowns who shared the post on Facebook .

To begin with, the Salvage Dogstar was born on November 13th, 1998 in Roanoke, Virginia making her 32 years of age. In a few months, she’ll  be 33. There are no known details of her parents or siblings, except for the fact that she grew up in her home town.

Later on, in 2007, she enrolled at the Appalachian State University to study Geology. However, in 2009, she completely switched off from Geology. As a result, Goldsmith switched courses and majored in Sustainable Development, graduating in the class of 2011.

In hindsight, the reality star likes hiking, biking, and paddleboarding in her free time. She is also a dog enthusiast and has one colossal hound dog called Joey. Now that you’re all caught up with her wiki-bio, you can catch up with Salvage Dawgs every Wednesdays on the DIY Network.