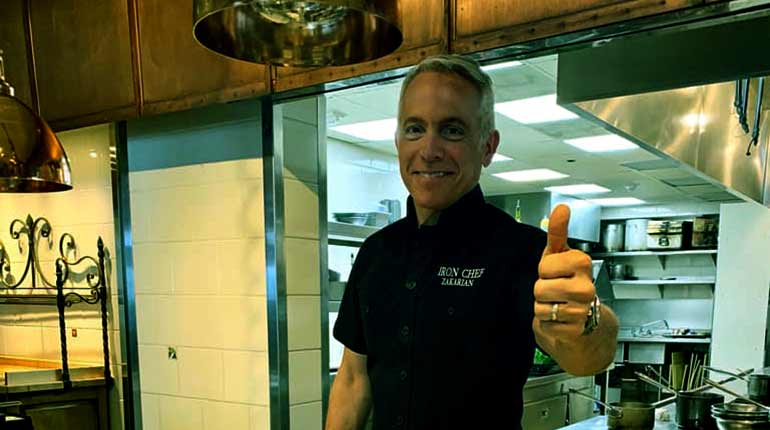 If you are a lover of food and culinary arts, you must have heard of the famous American chef, restaurateur, television personality and author by the name Geoffrey Zakarian. This successful man has been an executive chef of many respected restaurants and has featured on countless shows.

He has been one who always gives his best and is loved for his judge role on cooking shows. With a huge social media following, it is evident that he is loved and appreciated by his fans. Let us now get to know more about Geoffrey’s net worth, age, career information, and his birthday as well.

Who is Geoffrey Zakarian? His career info and TV shows.

Geoffrey Zakarian was born on July 25th, 1959; it makes him 62-years old. He was born in Worcester, Massachusetts and raised by both parents and two siblings. American Chef Geoffrey Zakarian graduated from Burncoat High School and later earned a degree in economics from Worcester State University.

He then moved to France and decided he wants to be a chef and got an associate degree from the Culinary Institute of America in Hyde Park, New York.

Geoffrey started working as an apprentice chef at Le Cirque where he got the title “Chef de Cuisine” from 1982-1987. He later became an executive chef for 44 which was located in Manhattan. In 1996, he worked for the Blue Door of the Delano Hotel in South Beach, Miami. Geoffrey then became the executive chef for Patroon in Manhattan in 1998.

He later opened up two restaurants by the names Town and Country.

Geoffrey has appeared on the show Chopped severally as a judge alongside other chefs. He has also appeared on 24 Hour Restaurant Battle as a judge.

Zakarian has also been privileged to be a judge on Top Chef and Hell’s Kitchen. On May 2010, Geoffrey competed in Iron Chef America but lost. In December 2011, he competed again and successfully won. In January 2014, Geoffrey became the host of the show The Kitchen. He was lucky again to be a judge on the show Cutthroat Kitchen as both a judge and at one time a contestant. 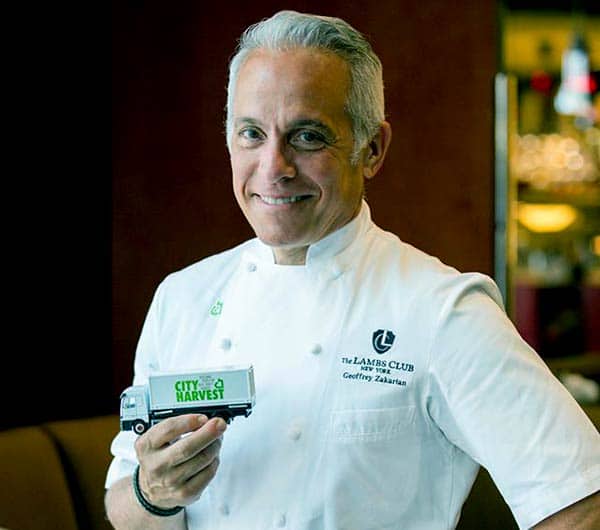 Geoffrey Zakarian from the TV show, The Kitchen

In 2016, Geoffrey began to host Cooks vs. Cons that feature on The Food Network Channel.

Would you like to know how much Geoffrey Zakarian is worth? How much he has in his accounts and what his current Net worth is as we speak? 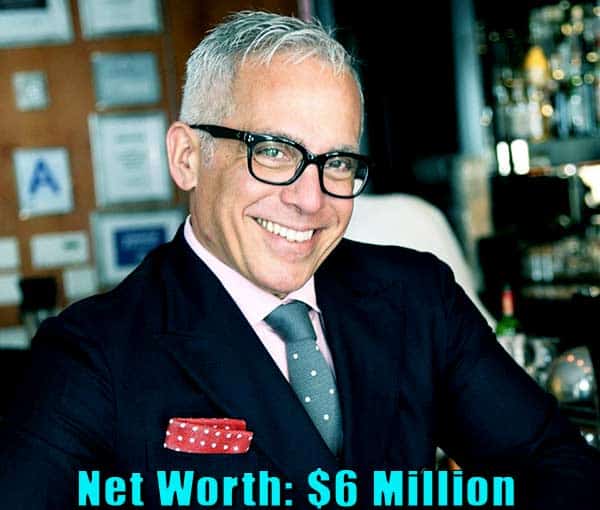 His high net worth has been sourced from his career. He has made a massive sum of money from his book Geoffrey Zakarian’s Town / Country, which was a top seller in 2006 with 150 recipes.

Geoffrey Zakarian’s wealth also comes through his restaurant businesses that have served and still serve thousands of customers on end. His Networth has also come from his consulting agency called Zakarian Hospitality Consulting which provides concepts for bars and restaurants.

Geoffrey is estimated to have a net worth of $6 million.

He is also a TV personality and even won competitions such as The Next Iron Chef. Being an executive chef has also managed to add to his riches because he is paid well in this position.

Geoffrey Zakarian net worth is set to keep growing over the years.

During spring 2001, Geoffrey opened a restaurant with his wife in Manhattan. The first one was called Town and located in the East Side of Midtown Manhattan in the Chambers Hotel. It later closed down in 2009. 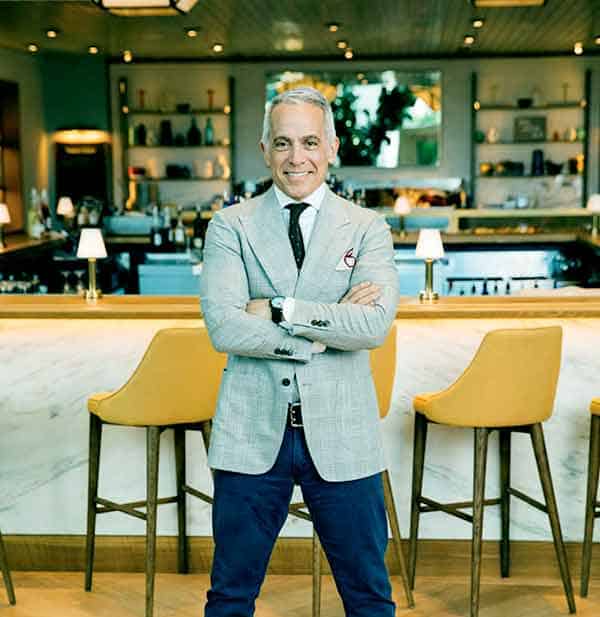 He and his wife Margaret Anne Williams opened this restaurant because they wanted a business that could well define their relationship not only as love birds but also business partners. It used to serve over 100 guests a day. His second restaurant was called Country, which he also opened with his wife to remember their wedding.

It is located in Carlton Hotel near Madison Square Park and was opened in 2005. This restaurant earned a Michelin Star while both have been rated with three stars by The New York Times.

The income from Geoffrey Zakarian Resturants is also a source of income to add in his Net Worth.

How old is Geoffrey Zakarian? Know his age and Birthdate