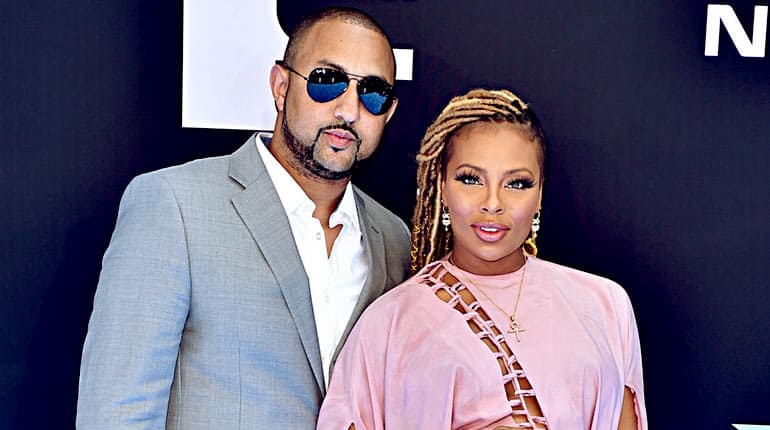 American attorney Michael T. Sterling is known for his skills in the world of law. He has successfully presided over financial crimes, Ponzi schemes, government frauds, and child exploitation as a top federal prosecutor. Find out more in Michael Sterling’s Wikipedia type biography.

Eva Marcille husband Michael Sterling represented renowned institutional clients and also functioned as an adviser to the Mayor of the City of Atlanta. He has also been a promising candidate for Mayor of Atlanta in the year 2017.

The attorney’s rise to the top coincided with inclusion in the “On the rise” top 40 lawyers below 40 list by The Fulton County Daily Report. Here we will discuss the biography of Eva Marcille’s husband Michael T. Sterling, along with his net worth and parents info.

Who is Michael Sterling?

Michael’s full name is Michael T. Sterling. He is an American attorney and political advisor by profession. The attorney is best recognised as the husband of popular actress, model, and TV personality, Eva Marcille Sterling.

Michael Sterling was born in Beaumont, Texas, USA. The lawyer stands at 6 feet tall and is a resident of Atlanta, Georgia. Michael is American by nationality, with a mixed ethnic background. 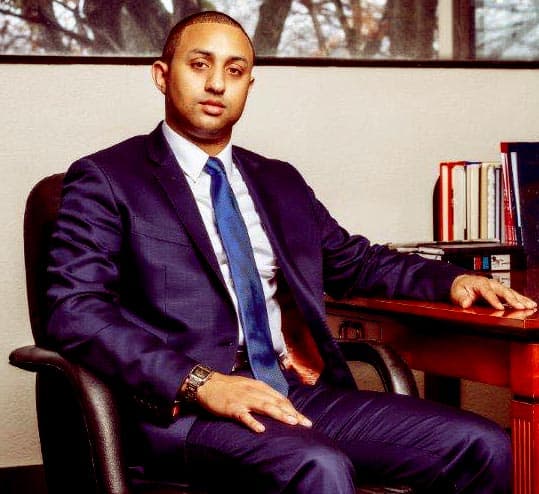 The attorney went to Morehouse College, where he earned a bachelor’s degree in Political Science in the year 2004. Afterwards, he enrolled at Texas Southern University. He studied at Thurgood Marshall School of Law and earned his degree in Juris Doctor (JD) in the year 2007.

In the year 2013, Eva Marcille Michael Sterling graduated from Lead Atlanta and joined the Harvard Kennedy School of Government’s Project Municipal Innovation. Additionally, he has also worked as a speaker for the Charles Hamilton Houston Institute Lecture Series which is affiliated with Harvard Law School.

Michael Sterling commenced his professional career at the international law firm Sidley Austin, LLP. He got to represent international clients and others in court. When Michael was 27 years old, Attorney General Eric Holder appointed him as an Assistant US Attorney in the Northern District of Illinois, Eastern Division, Chicago. He was able to handle numerous trials successfully.

Moreover, Michael is a managing partner at Dreye Sterling, LLC, which focus on civil and criminal matters. He operated as a lead attorney for Robert Schuler Smith on the date of August 2017.

Similarly, 2017 was also the year when Eva Marcille’s husband Michael appeared as a candidate for Mayor of Atlanta. This came after working as an executive Director of the Atlanta Workforce Development Agency. He was also a Senior Advisor to Mayor of the City of Atlanta.

Michael T. Sterling is a married man. He exchanged wedding vows with Eva Marcille last year on the 8th of October. 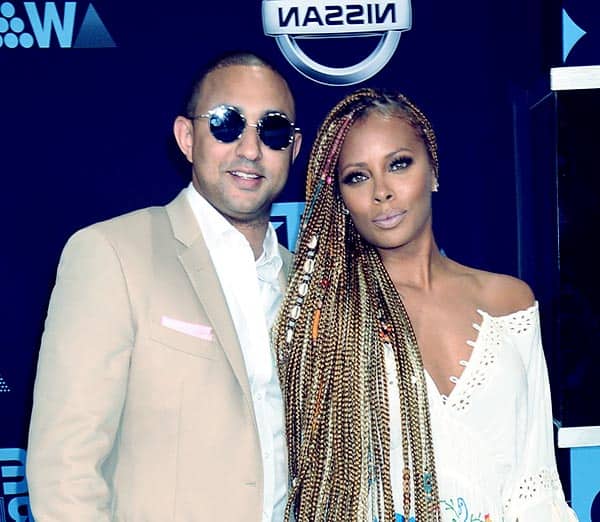 Michael Sterling’s wife Eva Marcille is a popular American actress, a fashion model and also a TV host. She plays the role of Tyra Hamilton in “The Young and The Restless.”

Also, Michael and Eva Marcille married in Atlanta. Coincidentally, this is the place where they first met and fell in love. Their two children are a son, Michael Jr and a stepdaughter, Marley Rae McCall. 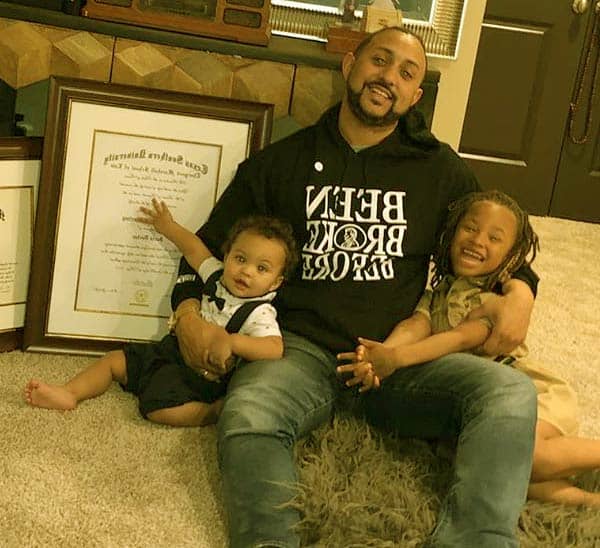 Michael Sterling with his son, Michael Jr and a stepdaughter, Marley Rae McCall.

His son was born on the date of April 13, 2018, which then followed their marriage while Marley is his stepdaughter, who was born in 2014 from Eva’s past relationship with singer and musician, Kevin McCall.

At the moment, the 37-year-old lawyer is living in the Summer Hill Community in the suburbs of Atlanta, GA, along with his beautiful family of four.

The couple enjoyed a lavish wedding ceremony at Atlanta’s Southern Exchange Ballrooms. The wedding hall was enclosed with $20,000 worth of roses and costs escalated to over $200,000. Eva Marcille and husband Michael Sterling’s marriage celebration saw a guest of over 235 people who were mostly close friends and family members.

They took a photo of their marriage day where their son, Michael Jr., and daughter, Marley Rae McCall were framed together as a family portrait.

From his aspiring career as a talented lawyer and political advisor, Michael T Sterling has accumulated a hefty amount of fortune. 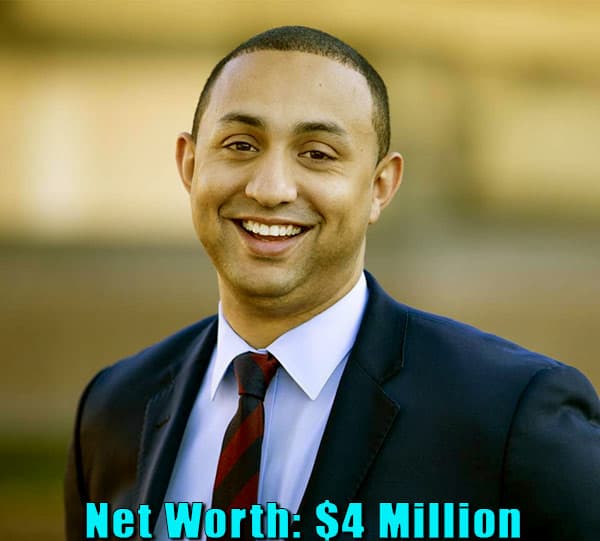 Michael Sterling’s net worth sits at around $4 million. However, he has yet to disclose info on his salary and income.

There is no information regarding Michael T. Sterling’s parents. If any further details come out, then we will surely be the first ones to update you.

How old is Michael Sterling? 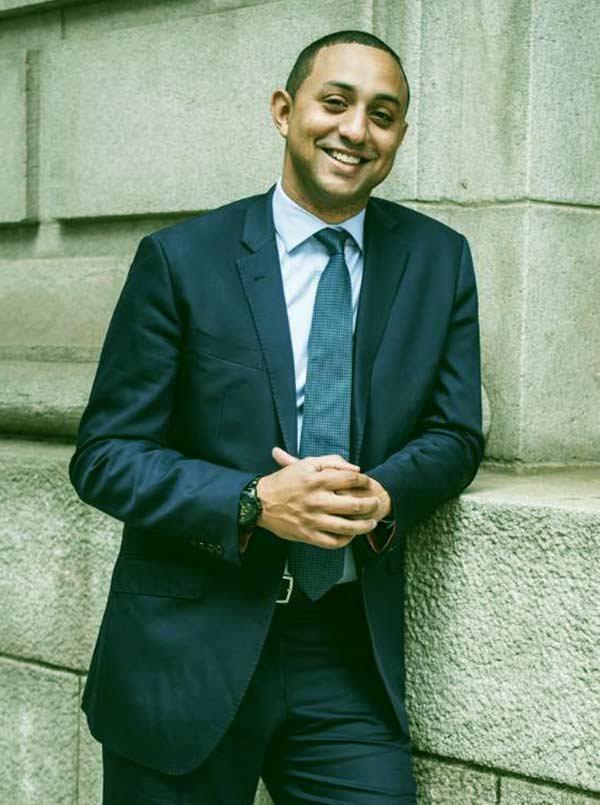 Sterling wears a shoe size of 10 and has brown eyes. His hair is black.