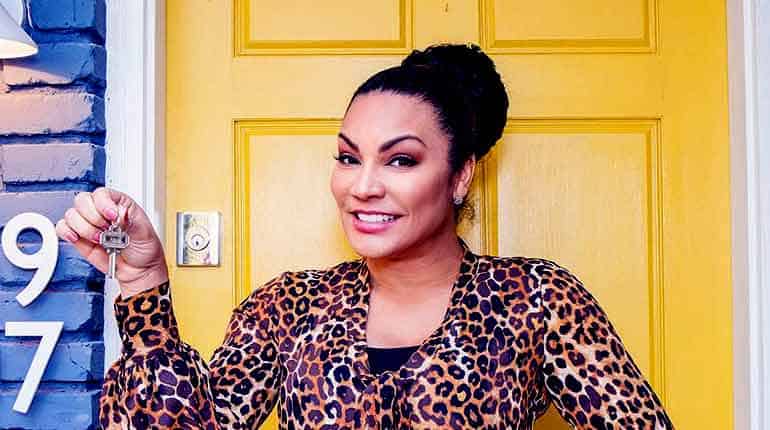 Egypt Sherrod is an American celebrity mother, syndicated radio, and television personality famous on the HGTV network. Some of her popular shows include Flipping Virgins, Property Virgins, and Urban Oasis. Similarly, her expertise in home renovation comes from her certification as a Master Negotiator, Accredited Buyer Representative, and Residential Specialist.

Want to know about Egypt Sherrod’s net worth, husband DJ Mike Jackson, age, sister, family, and weight loss? Stick around; we’ve got you.

Moreover, the TV personality also pats herself in the back from time to time for establishing the Egypt Sherrod Real Estate Group. When she doesn’t, her young family of growing girls and husband have her back. Recently, she welcomed baby number two into the family despite her age and against all the odds.

Who is Egypt Sherrod? Her Career Info.

Though she currently resides in Atlanta, Sherrod accredits much of her early life in Philadelphia. Her dad and grandfather were both real estate brokers who showed her the ropes in the premise.

However, she still had much growing up to do. By the age of 18, she landed her first job as a radio host at a local jazz station and developed a taste for broadcasting.

Consequently, Egypt Sherrod got her degree in broadcasting and telecommunications and supplemented it by studying theatre. Her strategy was to build connections and settle in real estate after building the proper clientele. Suffice to say; her vision came into a reality when she interviewed celebrities like Oprah, Prince, and many more. 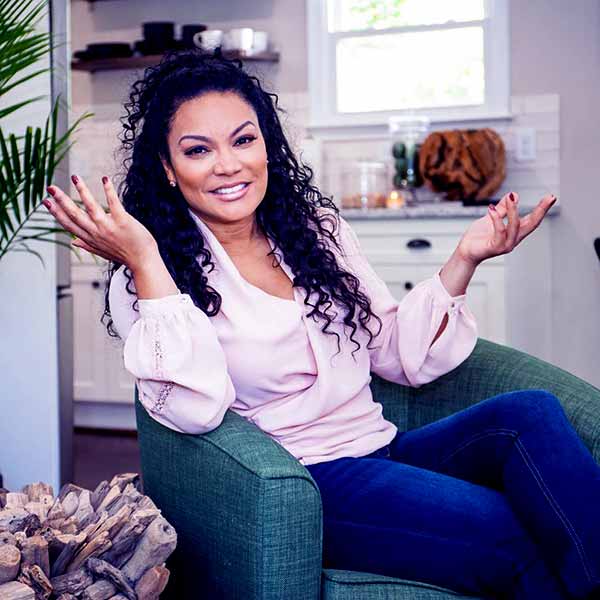 The radio host bought her first home at the age of 24 and began her agency. As a result, HGTV contacted her for an opportunity to host their very own Property Virgins, which she willingly took. Filming began in 2010 launching her career into television.

Egypt Sherrod hosted many syndicated shows like the White House Christmas Special, Home Delivery and Oprah’s The Life You Want Tour. She’s also NBC’s, CNBC and FOX go-to-girl when it comes to home buyers/sellers. However, her home network lies at HGTV, where she has three shows.

From her fast-tracking career in radio, television, and real estate, Egypt Sherrod has an estimated net worth of $6 million. What you didn’t know is that she also pulls her finances as a respected community advocate, author, and entrepreneur. 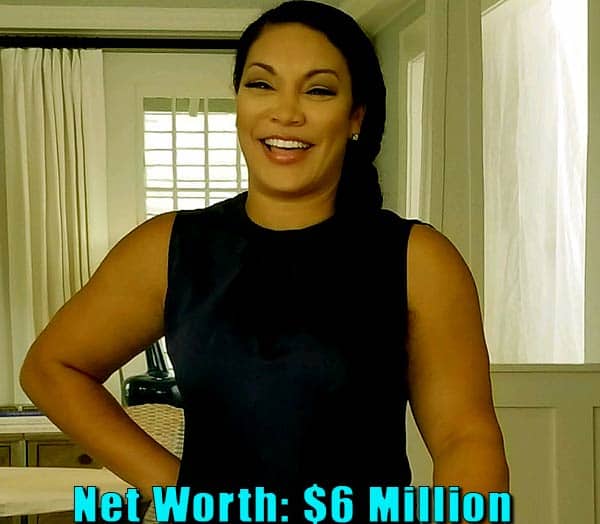 To give back to the community, the real estate specialist engaged in charitable runs and founded the Egypt Cares Family Foundation. Similarly, she also gives annual boot camps to kids in her Egypt Cares Give Back Tour.

On screen, presence is not the only sources of income for Egypt Sherrod’s $6 Million Net worth. The radio host wrote her bibliography, Keep Calm…It’s Just Real Estate which sold thousands of copies worldwide. Moreover, Sherrod also writes columns and articles for several magazines like Home Edition and Atlanta Magazine. On the same note, she also frequently makes speeches as the guest of honor upon invitation.

Is Egypt Sherrod Married to husband?

Now that you know Egypt Sherrod’s net worth, it’s time we tell you about DJ Mike Jackson.

Yes, Egypt Sherrod is married to a husband, and his name is Mike Jackson, a DJ by profession with the pseudonym, Fadelf. Egypt often goes on record to state that he’s the best thing ever to come along.

The year was 2010; she had gotten her big break into television when she married her long-time boyfriend on his birthday on September 11th, 2010. Reportedly, the couple dated for five years and exchanged their vows at the West Mount Country Club. 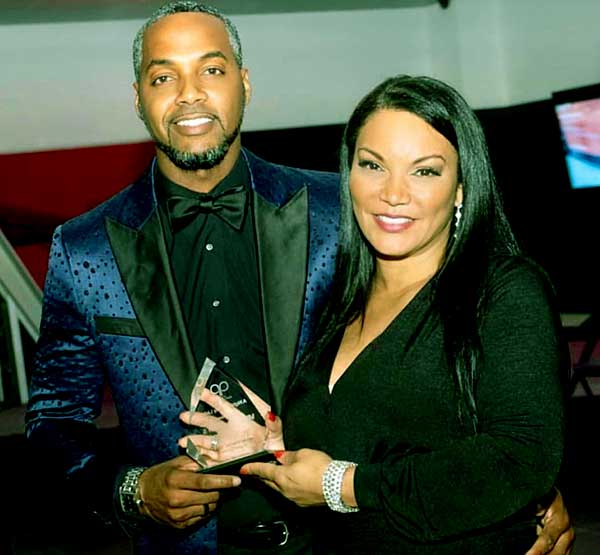 The former was born in January 2012 whereas Harper came into being in February 2019 through caesarean birth. Currently, Harper is two years old. The real estate mogul is also the stepmother to her husband’s teenage daughter from his previous relationship. 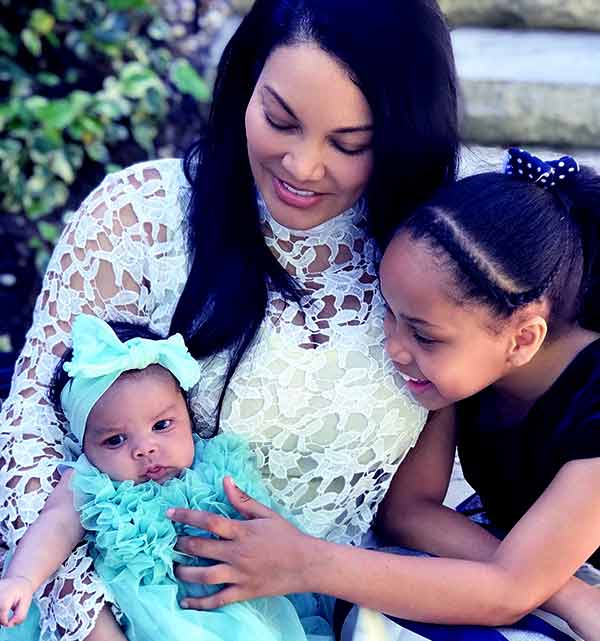 Egypt Sherrod with her kids Kendall and Harper Jackson

Nonetheless, her immediate family is a puzzle not yet solved. We know she grew up with her grandparents in Philadelphia while her father worked as a real estate agent. The likely that she might have a sister and possibly other siblings is possible. Regardless, there are no sources to back up their existence.

How old is Egypt Sherrod?

The mother of two recently gave birth at the age of 44-years old. Her birthdate was on November 16th, 1972.

From the onslaught of her youth, Egypt Sherrod had always been short at 5 feet 5 inches and plump. Something she hated, even more, was her weight. The birth of Kendall didn’t make it any less comforting with the baby weight she gained during the trimesters. As a result, she embarked on a strict diet and workout regime to keep her body in shape. 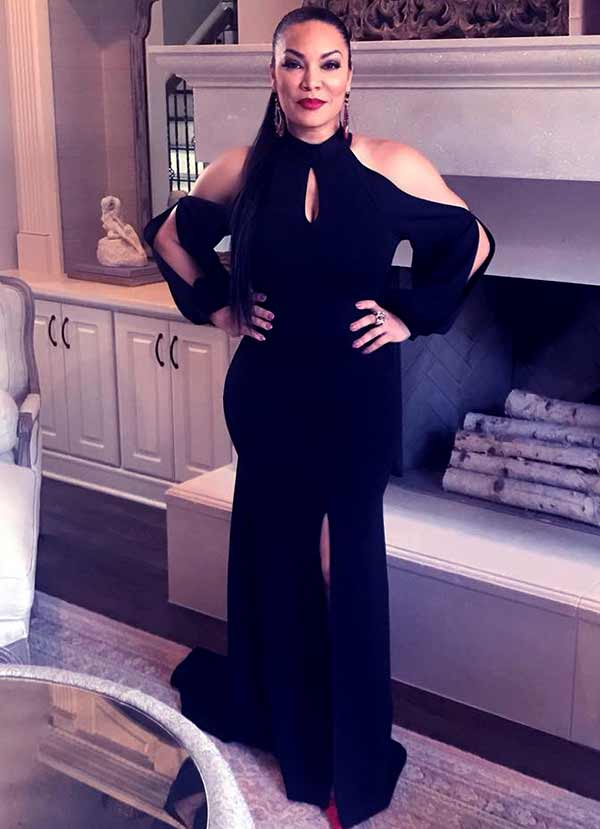 However, when baby #2 came along, it was the same thing all over. You can check out her beautiful pregnancy picture on Instagram with her baby bump.

It’s even harder to work out now that she underwent surgery on her C-section but still manages to shed off some of the baby weight. As we speak, the mother of two, Egypt Sherrod weighs about 125 pounds. 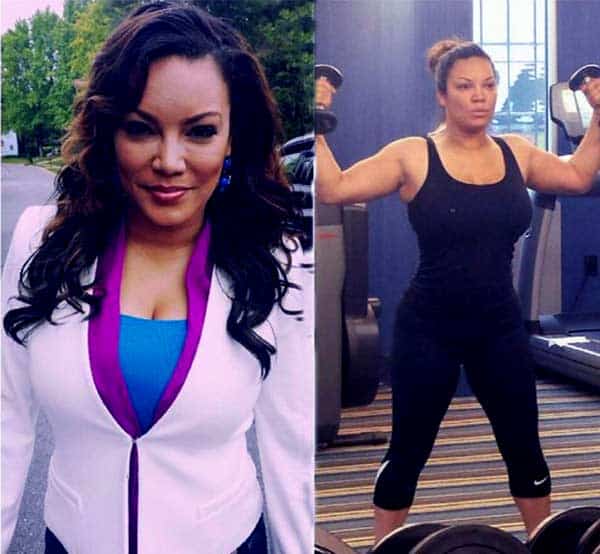 The home space enthusiast hails from Philadelphia, Pennsylvania, where she lived with her grandparents. She attended Temple University for her Broadcast, and Telecommunications degree and Tisch School do the Arts to study theatre.

As her career kicked off and cemented, we saw her win a Humanitarian and Community Advocate Award. Others include nominations for an NAACP Image Award for her bibliography and the Mission Award from WEEN. We’d list them all, but you already have the picture.