What happened to Dr. Sandra Wisniewski of The Incredible Dr. Pol? Why did she leave the show? Her wiki bio, husband, and married life 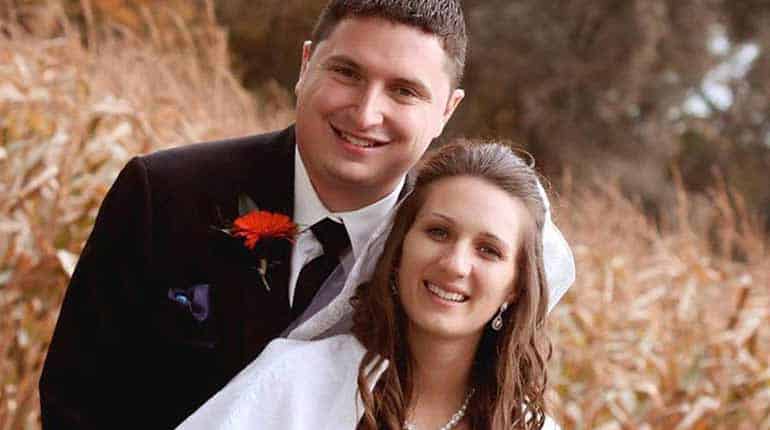 The Incredible Dr. Pol which airs on Nat Geo has been a fan-favorite since it premiered in 2011. The reality TV show follows the animal-treating escapades of 79-year-old Dutch-American Dr. Jan Pol, his family, and employees. The series is set in rural Michigan and so far has 12 seasons.

She first debuted in the show  “The Incredible Dr. Pol” in 2012 season 2 as a veterinary student. And as the show progressed so did Sandra’s status from student to doctor.

However, only three seasons in and two years after her debut, Dr. Sandra bid goodbye to Pol Veterinary Services with Dr. Jan Pol in season 5. Her departure came as a surprise to fans who were already accustomed to seeing her on the show. Let’s find out what happened to Dr. Sandra on Dr. Pol. So what made her leave? Let’s find out her husband and married life.

Dr. Sandra left Dr. Pol’s practice because she wanted to move closer to her then-fiance who lived in a different part of Michigan. The city of Belding to be specific. She was, however, going to continue her career as a vet at the Sheridan Animal Hospital where she currently works.

Among many vets in the show, she has been a favorite to many and when she left “The Incredible Dr. Pol” fans could stop talking about her. Curious Fans of Dr. Wisniewski took it to Twitter and other social media platforms asking her to come back and join Dr. Jan Pol.

2014 saw many other changes happen in Dr. Sandra’s life besides her exit from The Incredible Dr. Pol and her moving to Belding. It was also on October 4 of that year that she got married to her husband, Chris Shindorf. In fact, Dr. Sandra Wisniewski no longer goes with that name. She’s now known as Dr. Sandra Shindorf.

Both Mr. and Mrs. Shindorf don’t share much of their married life on social media. And for this reason, we do not know what Chris does for a living or when the two started dating. However, based on the information we could gather from their Facebook accounts, they have known each other for at least nine years.

Moreover, Dr. Sandra and her husband have a beautiful daughter named Madilynn. One thing that the couple is keen on sharing on Facebook is her adorable photos. If we were to make a reasonable deduction from when her baby photos started showing up, we’d say Madilynn was born in 2016.

Have you ever asked yourself what kind of name Wisniewski is? Well, Dr. Sandra is of Polish descent and her surname, which is the third most used surname in Poland, translates to “from the town of the cherry tree.” She attended Aquinas College and later the Iowa State University College of Veterinary Medicine where she graduated.

This Vet owns a Greyhound pet dog named Nova. Some of her hobbies include playing fetch with Nova, hanging out with friends and family, riding horses, and running. Dr. Sandra also enjoys traveling and some of the places she’s been to include Santa Barbara, California and Glenwood Springs, Colorado.

But personal details like her age, birthday, net worth, parents, siblings et cetera, are yet to be disclosed. Dr. Sandra Wisniewski did return on our screens in episode 5 of season 11 of The Incredible Dr. Pol. We hope she makes further guest appearances in the show. Otherwise, we wish her continued success in her career.