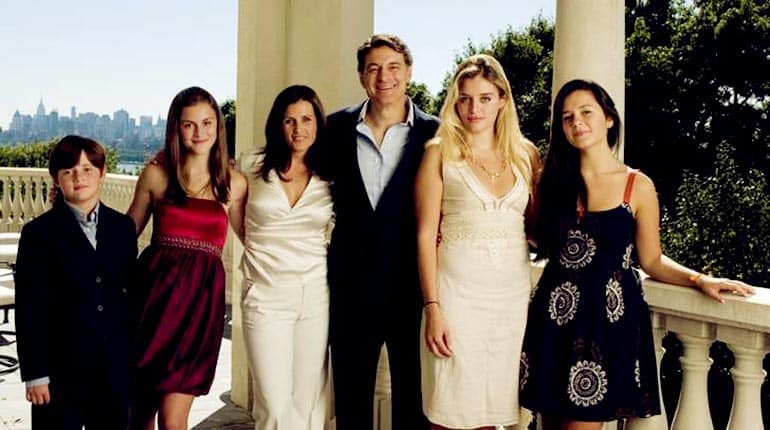 Dr. Mehmet Oz is a health expert and television personality who first made his name on the set of the Oprah Winfrey show. He worked as her on-set advisor on matters of health for several years. The Oprah Winfrey Show was one of the most popular shows on television, and it propelled Dr. Oz to fame. The Dr. Oz Show followed next. The award-winning doctor received a Daytime Emmy for his work. In this review, however, we will try to learn more about the members of Dr. Mehmet Oz’s family.

Dr. Mehmet Oz was born to parents Mustafa Öz and Suna Öz. His father, Mustafa, was born back in 1925 and was a native of Bozkir, a town in Turkey. Mustafa was a really accomplished academic growing up. This would see him become the recipient of a medical scholarship that allowed him to move to America.

Sadly, Dr. Oz’s father passed away early this year in Istanbul. He was 93 years at the time of his death.  Mehmet’s mother, on the other hand, is still alive and 83 years old at the moment. She was born on September 4th and was born into a family of means. Suna is a native of Istanbul. 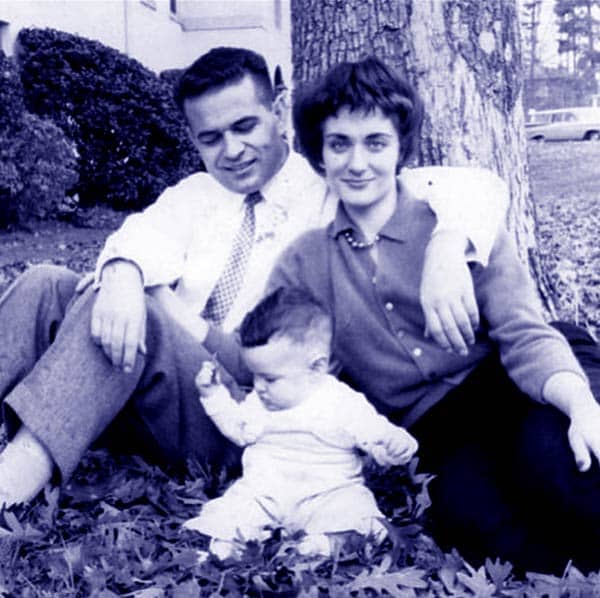 Dr. Mehmet has been married to a woman named Lisa since 1985. She is a Philadelphia-born movie producer, television host, author, and actress. Dr. Oz’s wife was born on July 20th, 1963. This would make the television host 58 years old as of 2021. Her parents are Emily and Gerald Lemole. Lisa’s father was one of the most respected surgeons back in the day. 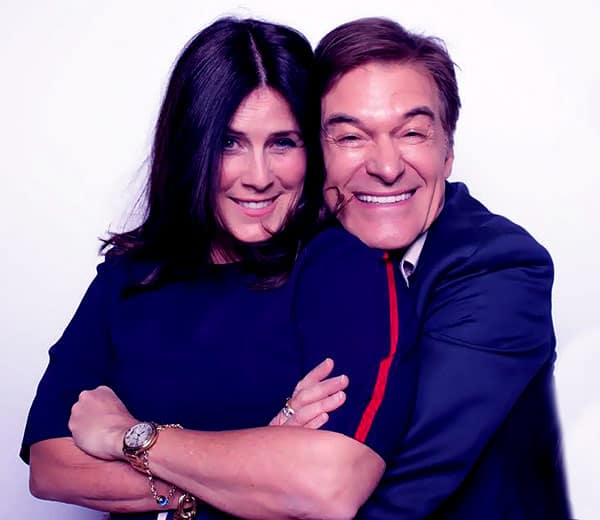 Lisa Oz’s is a former student of Columbia University. Like her husband, she was thrust into the limelight after appearing on the Oprah Winfrey Show. Lisa would also make appearances on the Dr. Oz Show. She would also get a chance to host her show, the Lisa Oz show, which airs on Oprah Radio.

Additionally, Lisa Oz is also an accomplished writer, evident by the fact that she has made the New York best seller’s list more than five times. Some of her books are the Owner’s Manual series and The Oz Family Kitchen. Now in Dr. Oz Family, let’s meet his Children.

Dr. Mehmet and Lisa’s firstborn child is Daphne Oz. She was born on the 17th of February 1986. This would make Daphne Oz 35 years old in regards to age. Daphne is a native of Philadelphia, just like her mother. Her birth was not an easy one, as she almost died. However, the doctors rectified the situation, and she was able to lead a normal childhood. Daphne and the rest of her siblings grew up in Cliffside Park. 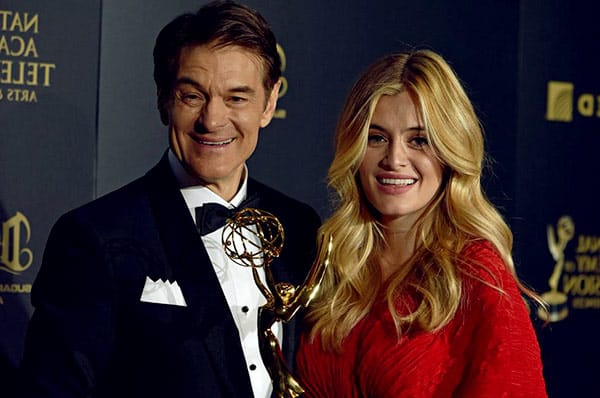 For her educational background, she went to Dwight-Englewood High before joining Princeton University. Daphne is well known for her contribution to the field of nutrition, where she has written several books. The nutritionist penned the Dorm Room Diet Planner.

She is also a television host, as she stars on The Chew. Daphne’s husband is John Jovanovic, and the two tied the knot on back in 2010.  They have been blessed with three children: Philomena, Domenica, and Jovan Jr. Philomena is 8 years old. Her sister Domenica is two years old, and her brother Jovan is 4 years old.

Another member of Dr. Oz’s family is his second daughter, Zoe Yasemin Oz. She is the third child of Dr. Oz and his wife, Lisa. While her exact date of birth remains unknown, it is estimated that Zoe Oz is 20 years old. Growing up, we learned that she has been heavily involved in ballet. When she got to the sixth grade, she started taking on several additional sports.

These include basketball, lacrosse, and tennis. She remains actively involved in sports, even in High school. Zoe has emulated her sister and mother in regards to healthy living updates. In an interview, Zoe Yasemin Oz spoke of the great relationship she has with both of her parents. 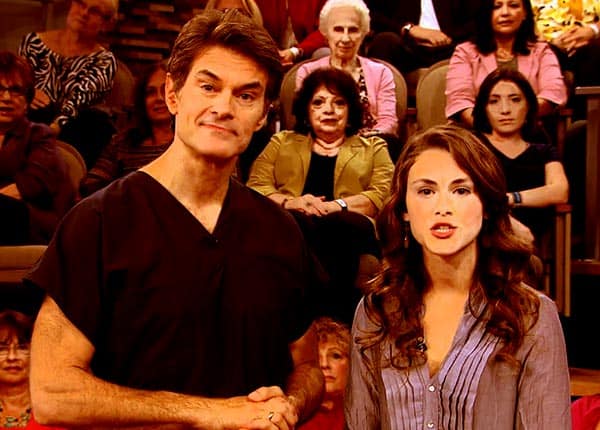 Youngest Children in Dr. Oz’s Family is his son, Oliver Mustafa Oz. Zoe’s brother, Oliver, is a fairly mysterious figure. From the picture, he looks to be in his early twenties at the moment. Like his sisters, Oliver Mustafa is also very close with his parents and leads a healthy lifestyle. We are also sure that he is not married yet, nor does he have any children at the moment. He is, however, a good uncle to his older sister Daphne’s children. 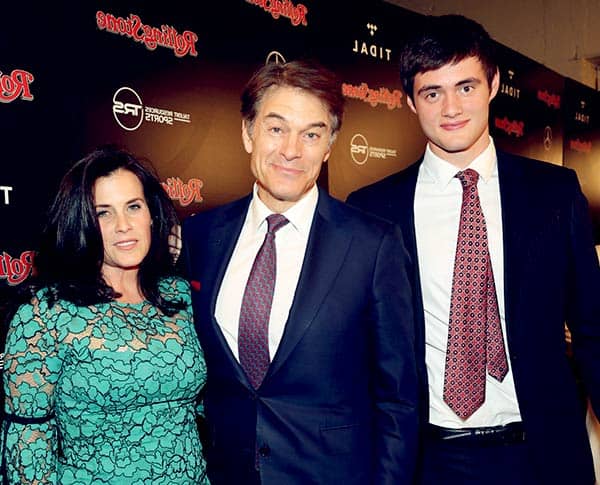 Lisa and Dr. Oz’s second-born child is Arabella Sezen Oz. While Arabella’s exact year of birth is not known, she looks to be in her mid-twenties. So it’s safe to say that she was born sometime in the 90s. Arabella is a working actress and author. She is credited with the film, When the Star Ends, a title which dropped back in 2016. 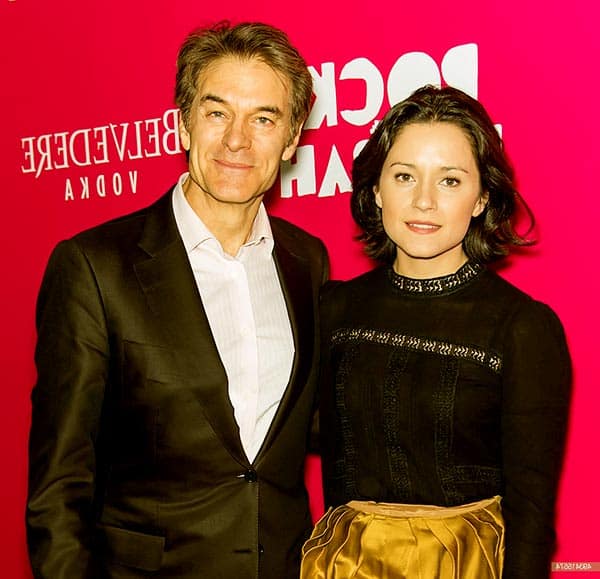 She is also a writer on the miniseries, Chapters. Her most famous film came with 2017’s Jigsaw. Acting has seen the star accumulate a net worth of $500,000.

Arabella Sezen is also an alumnus of Columbia University. There is also not a lot of information available in regards to her romantic life. Arabella likes to play everything by ear. We are not sure she’s dating anyone at the moment.

Dr. Oz Family also includes his siblings. The good doctor has two sisters. These are Seval and Nazlim Oz.