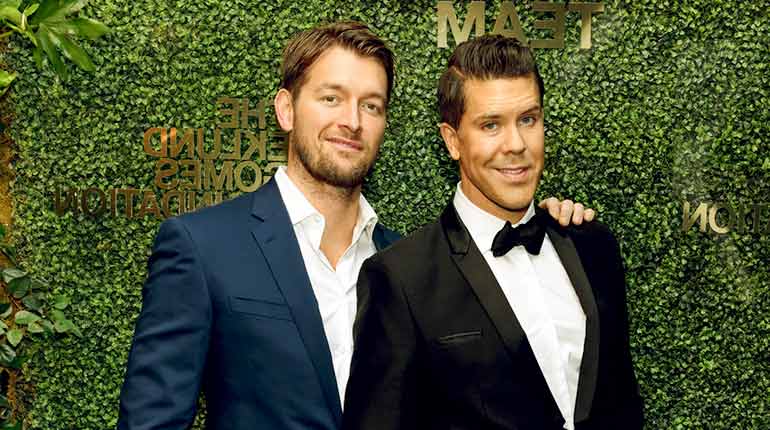 Fredrik Eklund’s husband Derek Kaplan is a British-Zimbabwean artist currently living in New York, United States. Though his work as a painter is the talk of most art galas in Sweden and New York, let’s face it; his husband’s job often overshadows his name.

Derek Kaplan’s husband is none other than the famous realtor, Fredrik Eklund, who appears on Bravo’s Million Dollar Listing: New York.

Regardless, he still rakes up a ton of cash by selling his paintings to lovers of art all over the world. That said, take a look at Derek Kaplan’s net worth highlight, wiki-bio, and son here.

Who is Fredrik Eklund Derek Kaplan? His career and Paintings.

Derek Kaplan’s first solo art exhibit took place in June 2013 at the Couture Gallery Contemporary Art Space in Stockholm, Sweden. Before this, he had never aired out his paintings to the mass public.

Regardless, his debut turned out as a success since all the works on the exhibition got sold. He had help from the members of the Swedish Royal family in attendance who helped market the whole shindig.

Soon after, Fredrik Eklund husband Derek Kaplan tried again at an art gallery in the Chelsea Art District of Manhattan. Here, he also had the same success as all of his art pieces sold off. Currently, he has a long list of private clients that in turn help build up his net worth. 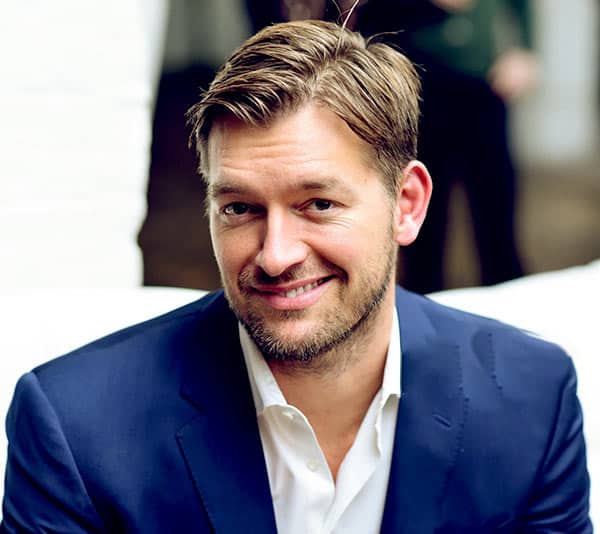 To start, Derek Kaplan’s net worth analysis factors in all his work over the years. This also includes everything he did before he took up a brush and painted to create masterpieces. Initially, the artist worked at a blue-collar job in finance and entrepreneurship.

Fredrik Eklund’s husband Derek dedicated 15 good years of his life to the craft before realising that he was destined for greatness. As a result, Kaplan gambled with his love for painting, which turned out successful.

He sold the first few paintings he made to friends and family. However, after his approval rate went up, the world became his market. He set up an art show in Sweden and New York that saw all his paintings sold. Currently, Derek Kaplan enjoys a net worth figure of $1 million.

On the other hand, his husband, Fredrik Eklund, boasts of a net worth of $30 million according to reputable sources. To be fair, Eklund’s income comes from his time on television on top of his salary as a successful realtor.

As you might already know, Derek Kaplan is a married man. He met his husband, Fredrik Eklund, on a summer getaway in Greece in 2010. They spent the night together talking about their future and ended up finishing the rest of their trip together. 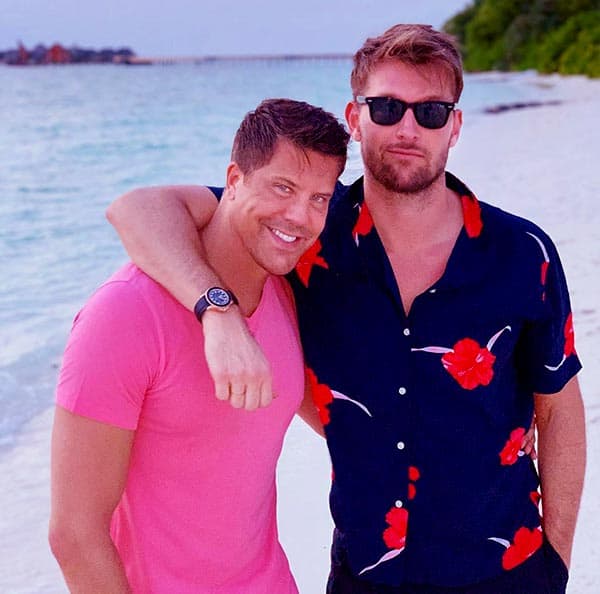 Three years down the line, the couple exchanged their vows in a marriage held on February 9th, 2013. The venue was at the Little Palm Island in the Florida Keys with family and friends. Both are openly gay and often share pictures of themselves making out in public.

They have a Son.

Fredrik Eklund and husband Derek Kaplan are the parents of three beautiful kids. Kaplan donated his sperm to a lesbian couple while he was in London some years ago, which brought forth a son named Kai. While with Fredrik, the couple tried having a family of their own through surrogacy. However, the mother suffered a miscarriage and lost the baby. 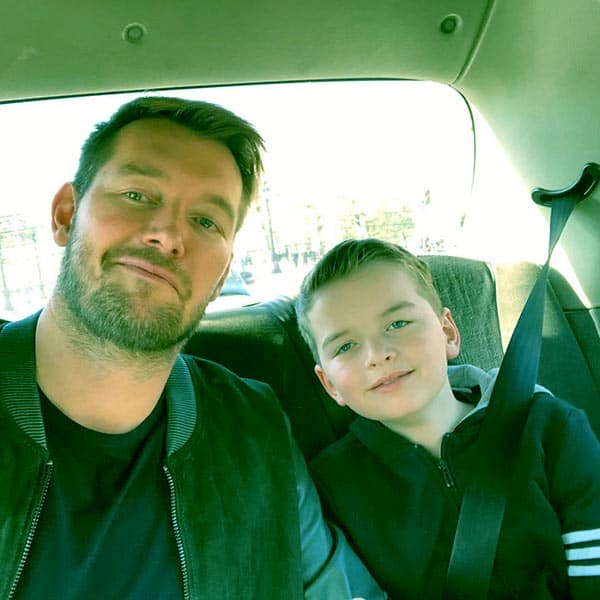 Derek Kaplan with his son, Kai

Undeterred, they tried a second time, and this time came out victorious. They are the fathers to Freddy and Milla; twins born on November 28th, 2017, and biologically linked to Derek and Fredrik, respectively.

Derek Kaplan is of mixed ethnicity. He was born on February 20th, 1975, in Harare, Zimbabwe, and was raised in Southern Africa.

Though there isn’t any mention of any of the schools he went to, sources confirm that his passion for art began at a young age. Though his teachers nudged him to pursue it as a full-time career, he ended up on a more corporate side of life.

Fredrik Eklund husband Derek Kaplan spent 15 years in London working before he decided on quitting his business pursuit and venture into artwork. Now at the age of 46, he lives in New York with his two dogs, Mouse and Fritzy, and never regrets the decision.