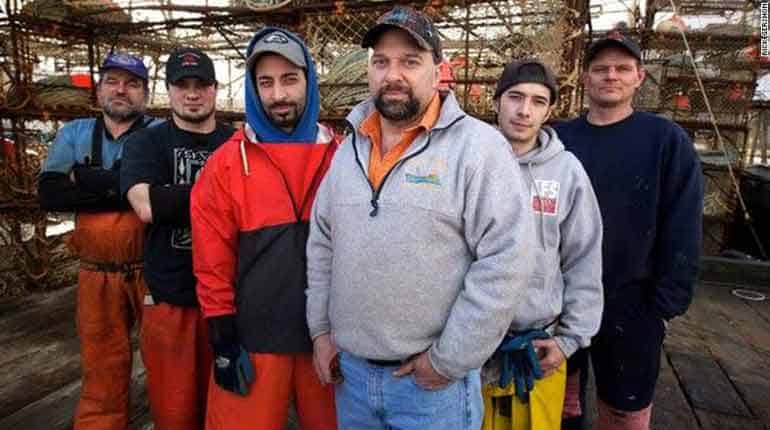 Deadliest Catch is a documentary TV series that airs in Discovery Channel. The documentary television show has continued to receive wider viewership and has released more and more episodes since its creation in April 2005. So far, the television series has aired 17 seasons, and it is still very active.

Like any other venture, the Deadliest Catch is a risky venture. Some of the notable captains and crew in the show have suffered some severe ailments during their fishing expedition.

This has not deterred them in any way from entertaining thousands of their viewers all over the world.  With audiences in more than 150 countries, it is evident that the show has come to be one of the most liked in the world.

Sig Hansen Net Worth is $3 Million.

Sig Hansen has been a fisherman for most of his life. Born to a Norwegian father who was also a fisherman, Hansen became a professional fisherman at the age of 14.

His father developed one of the most massive King Crab industries in Alaska.  The salary that Sig Hansen earns per episode remains unknown. His net worth however is quite enormous.

Jonathan Hillstrand is one of the key people in Deadliest Catch. He has been on the show for quite some time now and has established a strong fan base.

Jonathan was born and raised in Alaska where he used to go fishing with his father Jonathan Sr. at the age of seven, The ‘Deadliest Catch’ star had developed to become a pro in fishing.

Jonathan makes a much salary in every episode of the Deadliest Catch which is approximated to be $70000. Hillstrand’s net worth in 2021 is estimated to be $2 million.

He is the brother of Jonathan Hillstrand, and he was born and raised in Alaska by their fisherman father.

Hillstrand has been fishing with his brother since he was a kid and fishing is what he understands best. Andy makes a salary of $25,000 per episode of the show. Andy Hillstrand’s net worth in 2021 is about $1.2 million.

Keith Colburn has come to be fondly known as a ship wizard for his great prowess in the sea. He is one of the captains in the documentary.

The ‘Deadliest Catch’ started fishing when he was the age of 22 and has mastered all the skills required in the rough sea. Keith’s net worth is estimated to be over $1.5 million, and he pockets $25000 in every episode.

Bill is one of the oldest captains in the television show. He has spent a considerable amount of his time and life in the sea.

Before joining Deadliest Catch, Bill was a boat electrician, a naval engineer, and also a large commercial fisherman. He joined the show in 2010. Bill pockets approximately $30,000 per episode and his net worth is over $3 million.

Elliot Neese began fishing when he was at the age of 12. He is one of the youngest captains in the fleet, and he has mastered the excellent skills of the sea. The young captain has kept his pay at the show quite a mystery. However, Elliot Neese’s net worth is approximately $500,000.

He is the son of Scott Campbell Senior who was also a fisherman. It is reported that his father didn’t want him to follow in his footsteps, but the adamant son had already decided. By age 26, he was a captain. Scott Campell Jr. has made a net worth of $60,000.

John Harris is the captain of the ship known as the Cornelia Marie. He is an elder son of the late Captain Phil Harris who was a great fisherman. He has excellent navigator skills, and he has won the hearts of many viewers for his talents.  John Harris has a net worth of $800,000.

Edgar Hansen has appeared in several episodes of the documentary of Deadliest Catch. He is the captain of  The Northwestern in the show. The net salary of Edgar Hansen in the show remains unknown. However, Edgar Hansen’s net worth stands at an astounding $700,000.