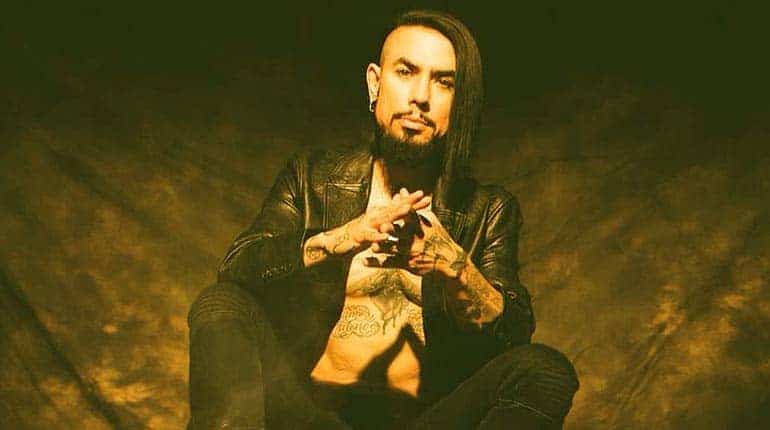 Dave Navarro, the 54-year old lead guitarist for the rock band, Jane’s Addiction has been on a bad boy spree of late. He has reportedly dated more women than your fingers can count and had encounters with plenty more. Others might say he struck out on love a long ago when he married and divorced his ex-wife within five days, but we seem to differ. Get to know why on our highlight of Dave Navarro’s wives and married life. But first, let’s pay respect to his professional attributes. Read this to know Dave Navarro’s Wife and married life.

Who is Dave Navarro?

Navarro is a wizard on the guitar when you pitch him in an alternative, heavy, psychedelia or modern rock band. Notably, he also played for the Red Hot Chili Peppers on their sixth studio album and currently plays for Jane’s Addiction. Professionally, Dave has had the pleasure of working with other talented artists as well.

For example, he was the lead guitar on Guns N’ Roses’ End of Days. Moreover, he collaborated with Nine Inch Nails to release Not the Actual Events in 2016. Some other notable artist’s he has worked with are Janet Jackson, Diddy, Tommy Lee, Perry Farrell and Christina Aguilera on her song, Stripped.

As a result, Navarro’s recognition in the industry has landed him a few minor roles in the film. He appeared on Sons of Anarchy, Law   & Order: Special Victims Unit as well as Z Rock. However, the guitarist’s most prolific role is on Paramount Network’s Ink Master where he appears as judge and a host. 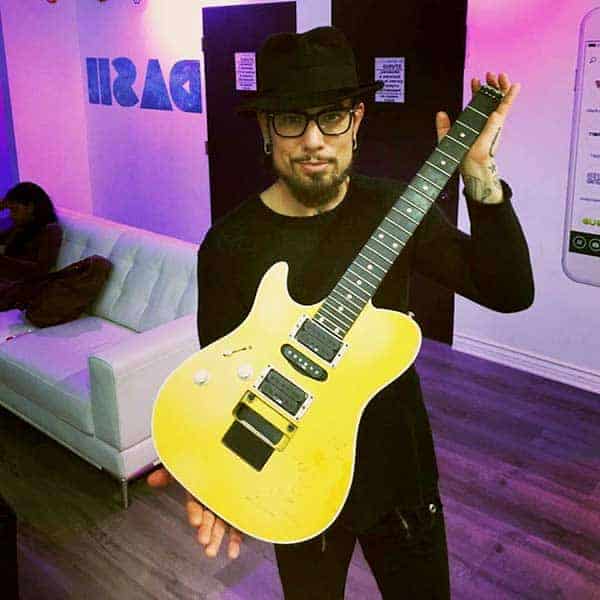 Nonetheless, before Dave became a hotshot superstar, he had a lot of growth in California. The TV host’s parents divorced when he was young, and right after that, he had to live with the murder of his mother, Constance by her ex-boyfriend. Sure he struggled with a bit of drug and alcohol here and there but had his wife to help him get by. Let’s have a look at them one by one.

Dave Navarro’s Married life with first wife Tania Goddard until their divorce in 1992.

Tania Goddard-Saylor has made a name for herself in the Hollywood scene as a celebrity makeup artist. She did most of the work in SLC Punk, Final Voyage, Magicians and Wishcraft. Moreover, she was even the hair stylist for most of the characters in Happy, Texas (1999)

While there isn’t much to disclose about her married life with Dave, we do know that it only lasted about two years. The couple got married in June 1990 before parting ways two years later. Moreover, this is the only woman that was with Dave when his the authorities arrested his mother’s killer in 1991.

We all have that one ex we wish we never met and Navarro’s happens to be his second wife, Rhian Gittins. Of all the women he has dated, Gittins was his shortest relationship on record. The couple got married on October 15th, 1994, and five days later, they were no longer an item for some strange reason. 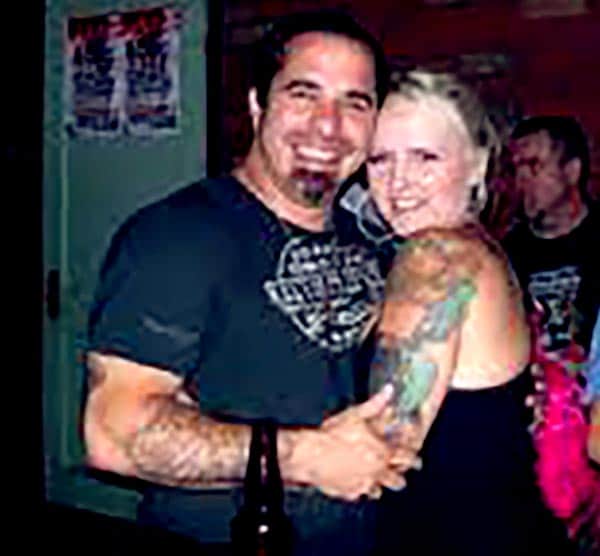 Similarly, there has been no trace of her post-wedding annulment. The only bit we do have on Rhian is that she is Canadian, born on July 19th, 1969 in Edmonton. Also, Dave Navarro’s second wife Rhian Gittins attended the Ross Shep Composite High School. We have reason to believe, the couple’s marriage was one of those ‘let’s get married in Vegas’ drunk type of situations. However, don’t quote us on this.

Dave Navarro married Carmen Electra as his third wife in 2003 and got divorced in 2007.

Perhaps the reigning champion in Dave’s heart is the model and actress, Carmen Electra. Dave Navarro and third wife Carmen Electra recited their vows on November 22nd, 2003 and finalized their divorce on February 20th, 2007. By the rock artist’s standards, that’s the equivalent of winning the lottery. 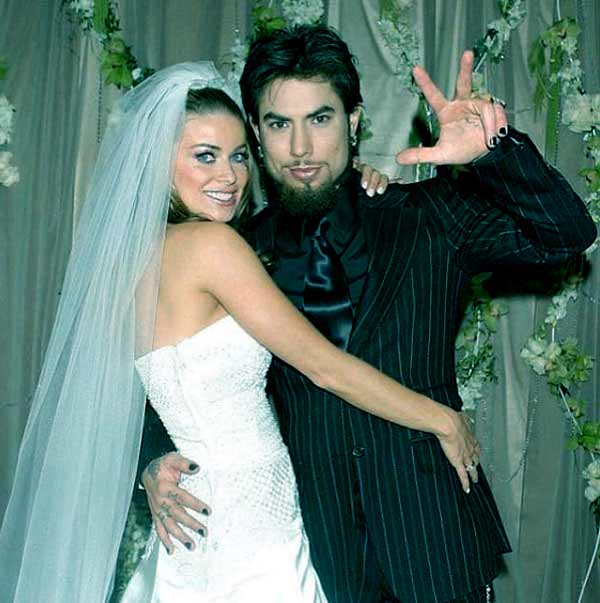 The couple met through a mutual friend and already shared a few similarities. To start with, both their mother’s died tragically, and they both have gone through a divorce before. However, Dave Navarro’s and his last wife Carmen’s separation and the ultimate split was as a result of their busy working schedules. Nonetheless, both parties remain as friends to this day.

What is Dave Navarro doing now? Is he dating any girlfriend?

The new season of Ink Master recently came back for its 13th season, and it’s already promising. As usual, we’ll get to see Dave as a host and judge of the series. On the down low, however, rumors surfaced of his relationship with Andrea Tantaros, a Fox News Anchor. The alleged couple met back in 2015 through a mutual friend and have since then shared hearty captions on their social media posts.

Similarly, Navarro has also been spotted with other women in hotels which begs the question if they are in a mutually exclusive relationship. Both parties have not commented on the affair.