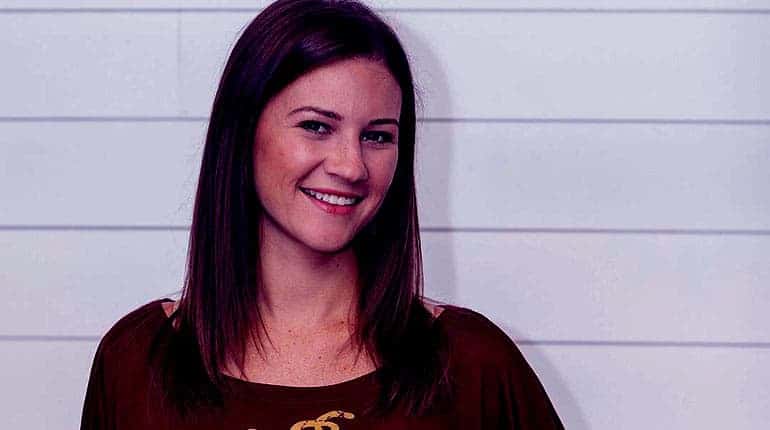 Danielle Busby, a TLC reality TV star, came to fame after the birth of her all-daughter quintuplets; the first in the United States. She came to light through the TV show ‘OutDaughtered’. The reality series provided a closer look at her family’s personal lives.

Busby was born on 23rd December 1983 and is 37 years old. She’ll turn 38 on Christmas week. Moreover, she was raised in Louisiana with her family. Danielle grew alongside her two sisters, Ashley and Crystal, who were also twins. With this, we can say that TLC star’s family had been blessed with more than one child at birth.

Danielle’s mother and her sisters have also appeared on the reality TV show, and their bond is seen to be very strong. However, we have little to no information regarding her father, and he hasn’t appeared anywhere in her life. Similarly, her parents’ names are not revealed so; it’s unclear about the mother of six’s Maiden Name.

Danielle Busby’s net worth is approximately $300k. Most of this wealth comes from starring in the reality show based on her family.

Similarly, this income is also supported by husband Adam Busby, who works as a Key Account Manager. Adam had also mentioned before that Danielle worked as a beauty consultant, but sources haven’t confirmed this story. Overall, reality shows seem to be the primary source of the family’s income. 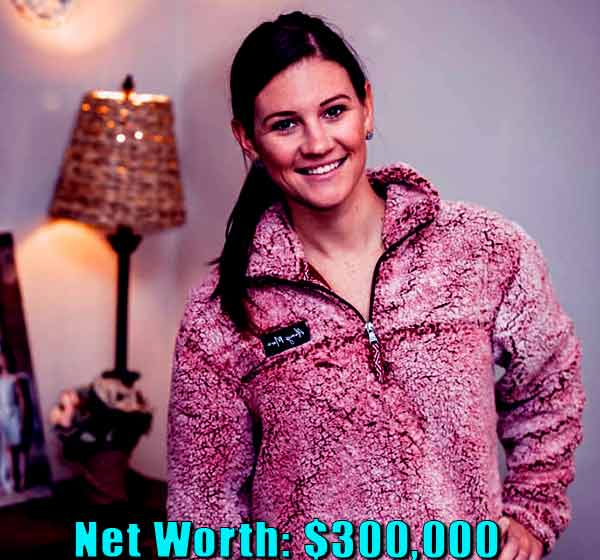 By now, we are all aware that Danielle came into the limelight because of her kids. The mother of six gave birth to her first daughter, Blayke April of 2011 while the quintuplets were delivered almost precisely four years later in April of 2015. The quintuplets were born at just 28 weeks. While the second pregnancy brought the couple fame, they had difficulties for over two years in conceiving on her first pregnancy. 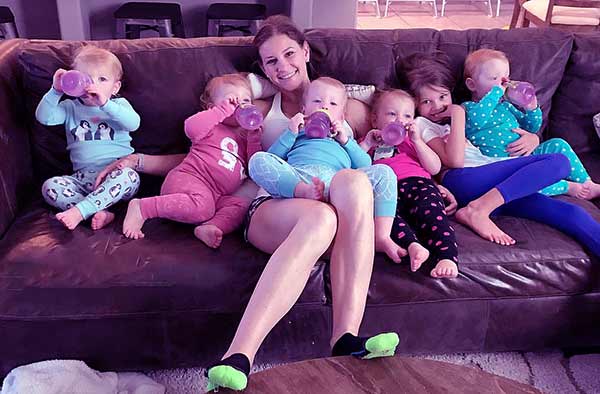 Danielle Busby with her kids

The couple had various difficulties, such as low testosterone levels, sperm count, and sperm mortality. Similarly, the mother of six also faced problems with irregular ovulation, making it very difficult to have a baby.

However, they decided to go through different medical procedures and test their luck. In the end, the couple eventually defeated what they thought was their fate and Danielle got pregnant with Blayke through IUI. Likewise, she conceived the quintuplets in the same manner.

Conversely, this pregnancy was a little more complicated considering she had five kids growing inside her womb. The quintuplets were detected with a heart murmur on birth and had to go into medical treatments and procedures immediately.

However, they were later healthy and created a massive buzz on social media and the internet. In the end, their birth landed the Busby’s a reality show on TLC, which became a part of their lives and careers

After marriage, Danielle worked with Adam together in a petrochemical company to make ends meet. Moreover, most of her career and net worth is based on their reality TV show in the present. 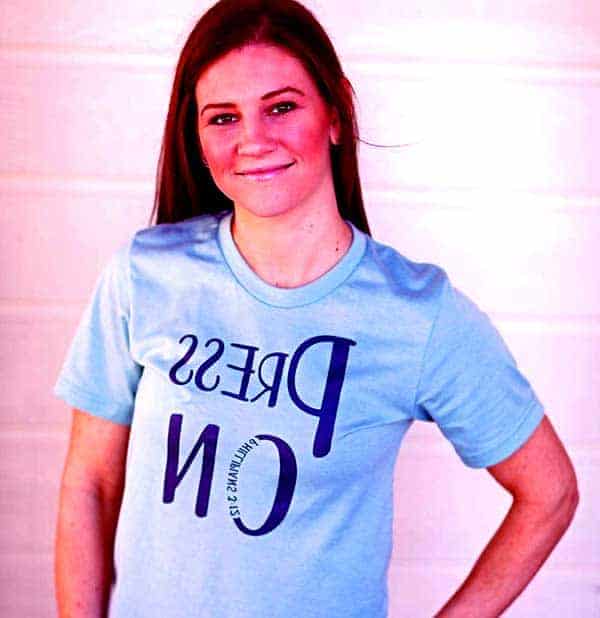 She has also gained a large number of followers on Instagram and has become a social media influencer. Adding to this, the family also runs an indoor cycle studio together named ‘Rush Cycle’.

Another important aspect of her career is in blogging where she writes on a website called ‘It’s a Buzz World’.

With a show that focuses on their personal lives, we know pretty much everything we need to know about Danielle Busby and her husband. She married Adam Busby on July 22, 2006, in a rather small ceremony in their hometown.

The Busbys have been married for over fifteen years now and seem to have a stable relationship. Their story started way back in 2003 when Danielle and Adam were both working at Target. 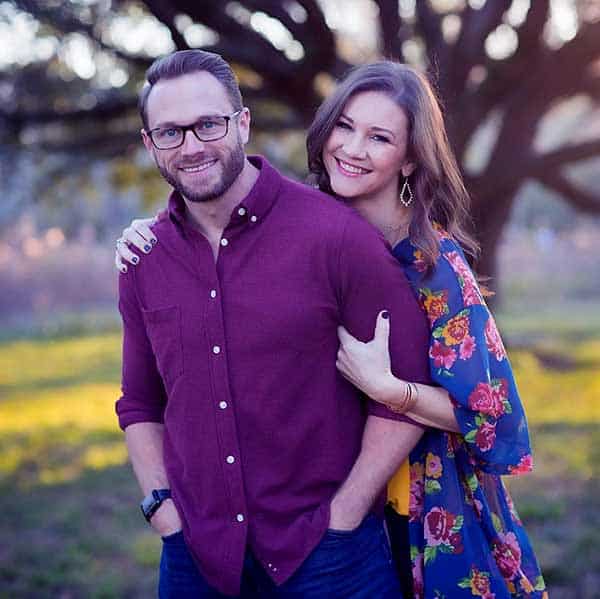 They never talked to each other until Adam finally made the first move. With time, the couple started dating and has maintained a strong relationship tackling struggles and responsibilities together.

They believe that sharing their family’s story on reality TV is ‘God’s path for them’ and keep strong beliefs in their relationship.

Reportedly, Danielle used to maintain a high-calorie diet before she was pregnant. Recent pictures with her quintuplets indicate that she has gone through a lot of weight loss which she gained during her pregnancy.

She also reported to TLC that while pregnant, she ate 4,500 calories per day to get the proper amount of nutrition need for her babies. Similarly, Busby also proclaimed that the allure of eating proved much more complicated than someone’s expectancy.

In the photos, she looks slimmer than usual with a body that nobody doesn’t reveal she had gone through birthing five kids.

Nobody can believe that she bounced back fast. She also had a C section, which makes it difficult for women to restore their stomachs.

Though the reality star had not confirmed about this surgery herself, she informed TLC that her earlier figure came from working on her methods. They had nothing to do with plastic surgeons. Similarly, her hubby, Adam also owns a cycling studio in Texas, which proves that she works out.

Moreover, her pregnancy took place in her early 30’s, which does not necessarily require plastic surgery. One can workout on their fitness themselves. The mother of six also shares fitness stories on her Instagram.

Is Danielle Busby Sick? Her illness and health update.

With the stars of ‘Outdaughtered’ on vacation, Danielle reported that she spent most her holidays in the hospital. They explained that none of their plans didn’t go accordingly.

She used to take care of herself while Adam used nursed their six kids. The mother of six also shared a picture on Instagram showcasing her legs and lV coming out of her arms.

The caption revealed that she also suffered from high fever, strep throat that got her in the ER with stomach upsets. However, Danielle is okay now and feeling much better living happily with her family in good health.