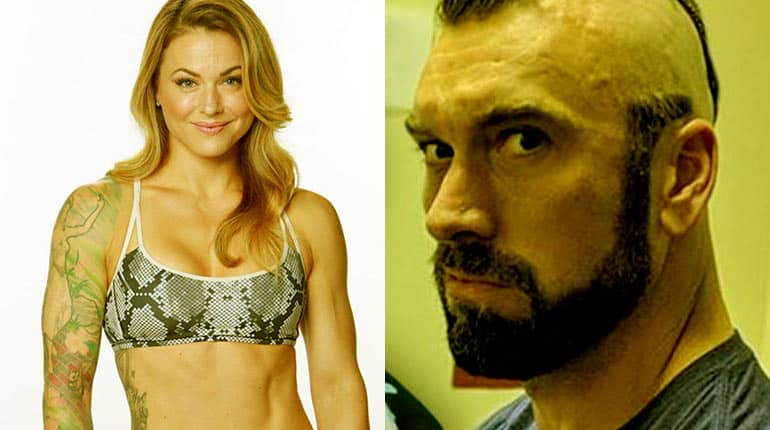 Christmas Abbott is the popular fitness queen but has many unrevealed facts of her life. Starting from her relationships to her car crash incident, there is a lot to unveil.

Christmas Abbott is the popular name that shined after her participation in Big Brother, 2017. She is a fitness expert and is an Olympic lifter. Christmas has gone through many adverse situations in life. Follow this article till the end to get all the necessary details about Christmas.

Christmas Abbott was born in the year 20th December 1981 and is currently 39 years old. She was born in Lynchburg, VA, and had the star sign of Sagittarius. Christmas is of 5 feet and 3 inches and weighs 115lbs. Her mother gave her this name to replicate the famous Christmas occasion. Today the name shines as one of the best cross-fit trainers in the world. 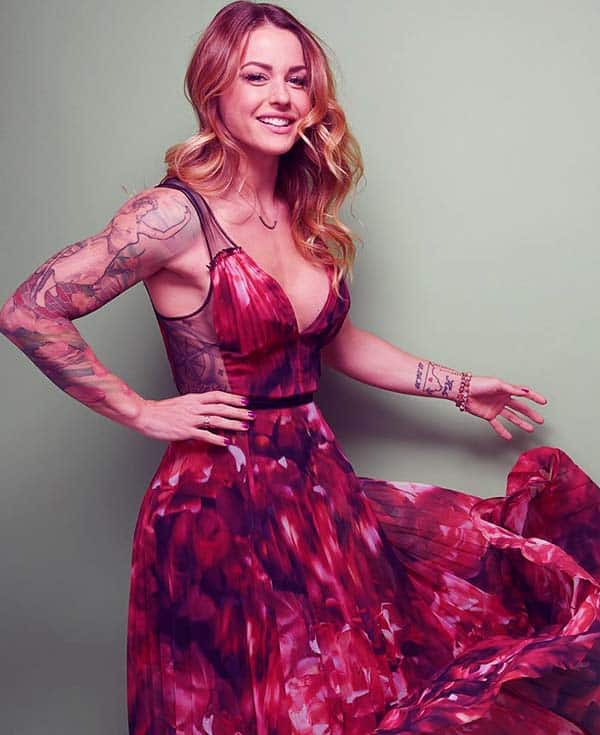 By profession, Christmas Abbott is an athlete in Cross-fit and is also an Olympic weightlifter. She has also pursued her career as a fitness model. Her achievements include commendable ranking in NASCAR Pit crew competitions and others.

Christmas joined the NASCAR pit crew challenges back in the year 2012. She also has a YouTube channel where she shares her fitness tips and videos to guide the fitness freaks over the internet. She has more than 14k subscribers. Christmas Abbott became a popular name after her participation in the reality show Big Brother, Season 19, in the year 2017. 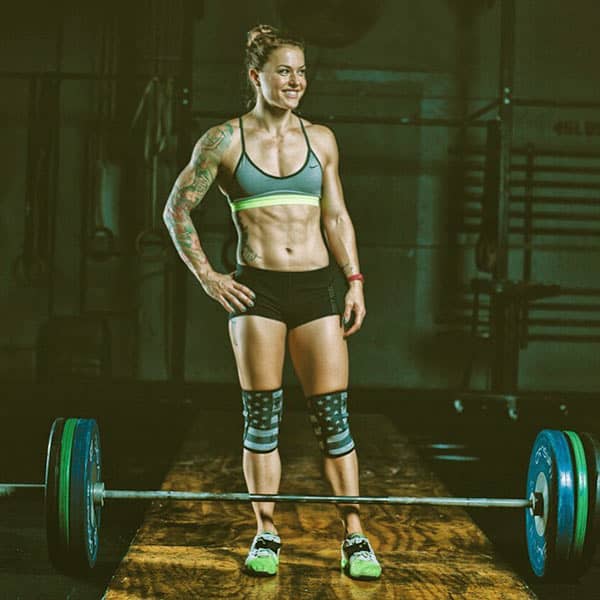 Not only that, but she is also an actor and is seen in Tatto Titans, The Operator: Warfare and Overwatch. Her co-actors were Miranda Lukens, Taurus Bunkley, Chris Ingle, and others.

Christmas Abbott has made good money from his diverse professions. She has a net worth of over $1.5 million. As a salary for being a fitness trainer, she earns around $59,459 and also earns $166000 per year from her gym. Her participation in Big Brother, Season 19, made her earn $750 for every week.

The story behind Christmas Abbott coming into athletics

Christmas Abbott is a popular name in the sport of cross-fit. She had an athletic approach since her schooling days. She was into baseball when she was nine years old and tried her best to get into the leagues of the boys club.

The boy’s league did not allow her in, but Christmas’s mother threatened to take the issue to the media to change their decision. In this way, she started her career in sports. At the age of 22, Christmas moved to Iraq with her mother and eventually had an introduction with Cross-fit.

She believes that cross-fit is not just the exercise routine but a fitness lifestyle. Since then, she took part in several cross-fit competitions and started her gym as well. Christmas Abbott has now transformed her body into a machine with a presentable physique.

Christmas Abbott is a beautiful personality and puts more focus on her fitness and strength. She has got all the skills to rule the cross-fit arenas. Christmas Abbott has super strength of deadlifting up to 255 lbs. that is twice her body weight.

She keeps on evolving on her strength to cope up with the strong demands for attaining the first position in the pit crew. Another example of her super strength is that she has a recorded time for changing two 60lbs tires in a car in just 12 seconds. Her participation in some of the sports also includes life risks apart from just winning or losing situations. Christmas Abbott is agile and strong to deal with all sorts of challenges in life.

It was a controversial scenario for both Christmas Abbot and her husband, Benjamin Bunn. Baby Daddy here is referred to Benjamin. All this case started when Christmas gave birth to their son, Loyal Atticus. Benjamin, the baby daddy, claims that he was not romantically involved with Christmas and goes ahead and files a case for a paternity test.

He also submits court documents for the custody of the son. Benjamin also does not have a clear history as Benjamin was a stalker. Benjamin Bunn says that he wishes to co-parent Loyal Atticus with Christmas, but he also says that they are not on the same page. Now, Benjamin, Baby Daddy, wants the full custody of his son or at least more involvement. 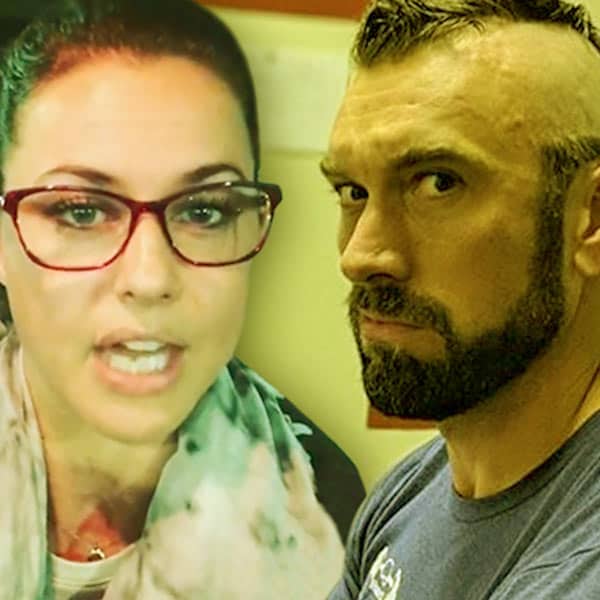 This case has another twist in it as before Christmas gave birth to Loyal, she rammed her car and attacked Samantha Morse, the probable girlfriend of Benjamin Bunn, and gave cheating accusations on him. Samantha Morse also took a stand for Benjamin and requested a restraining order on the domestic violence case of Benjamin.

Benjamin has a criminal past for domestic violence to Danielle Rivera, and she filed a case on him in the year 2017. After the rejection of the restraining order and the cross-filing, the case was withdrawn in the month of May. It seemed that Danielle does not want to go ahead with the case anymore. There is a lot more twist and turn about to come in the life of Baby Daddy, Benjamin, and Christmas Abbott.

Christmas Abbott has no history of getting married while she was into few relationships for sure. As per the sources, her first boyfriend’s name was Josh Holmes, and there is no detailed information about their relationship. In the year 2016, Christmas got engaged with her boyfriend, Geoff Kercher, and also announced their wedding in the year 2017. 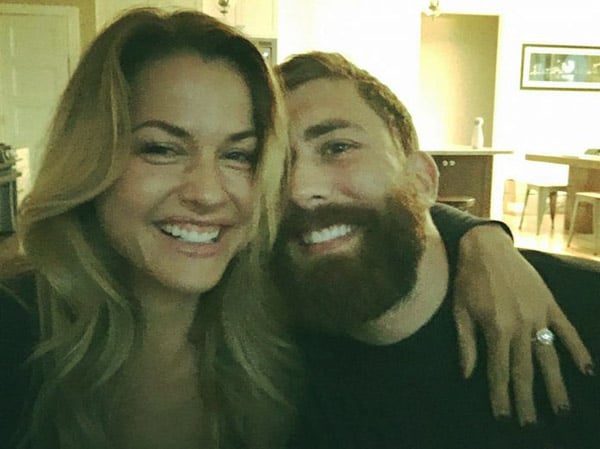 But the couple broke up, and the engagement broke. She was then in a relationship with Benjamin Bunn, and the two even had a son together. Loyal Atticus Abbott was born on 8th October 2018. It means that he’ll turn 3-years old soon.

Currently, Christmas is engaged to a man named Memphis Garrett. The announcement came back in June 2021 as the couple vacationed at the Little Palm Island Resort. This is based in Florida.

Christmas Abbott is a socially active fitness enthusiast who is seen active on Instagram and Twitter. She also has few fan pages that she does not own but are popular over social media with many followers. 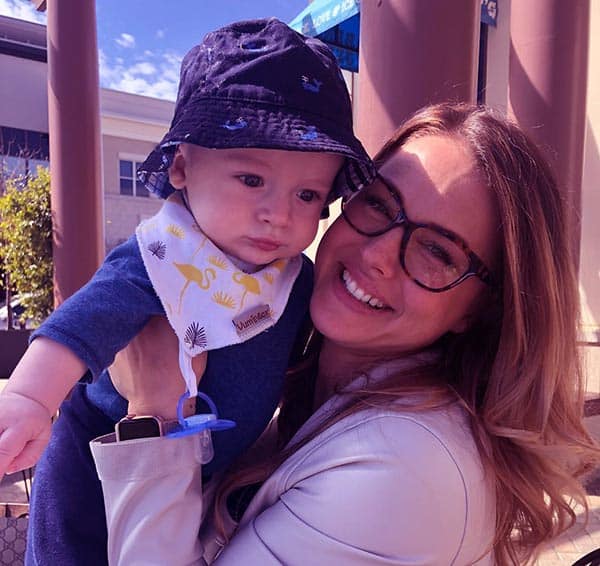 The official Instagram page of Christmas Abbott has around 700k followers, and she has posted over 4000 posts so far. She has dedicated her official account to her memorable moment.

She has shared many posts with her son Loyal Atticus, and the most recent one is an IGTV video post where Christmas is seen laughing with her son. In this post, she is tickling Loyal to make him laugh out loud. It is a cute post that shows the bond Christmas has with her son.

She also shares some of her personal fitness videos over the site that is motivational for all the ladies in her follower list to take up fitness as a passion or career. She has dedicated her second account Bournrelentless (https://www.instagram.com/bournrelentless/), entirely to her fitness posts. Bourn is a brand of supplements that Christmas is endorsing and promoting over this Instagram channel.

Christmas Abbott is also a popular name over Twitter as she has around 72k followers on Twitter and has done over 7000 tweets so far. Her twitter post back in June 2019 has got one of her images with a pose replicating as she is punching towards the camera that captions “When life knocks you out, breaks your foot, get caught up with bad peeps, you leverage it and GROW.” It shows how strong a woman she is and she carries her that way in both professional as well as professional life.

When life knocks you out, breaks your foot, get caught up with bad peeps, you leverage it & GROW https://t.co/JoMLfncDkl pic.twitter.com/qaIwP5MadI