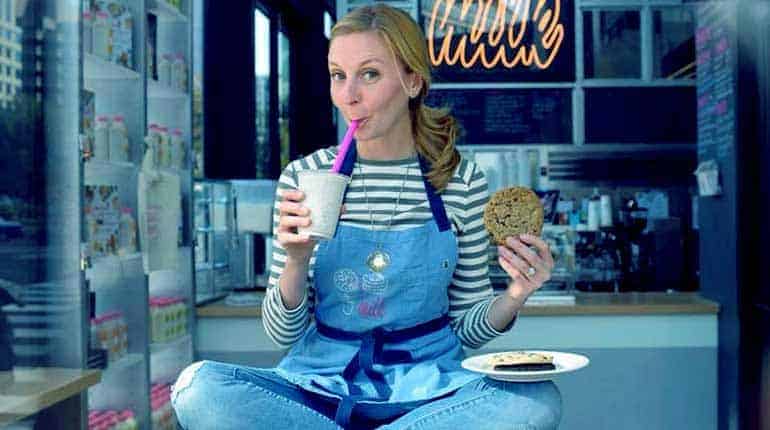 Christina Tosi is an established and very successful American chef, author, and television personality. She is the founder and owner of Milk Bar, a famous bakery with branches across North America. Here, we shall unveil more Christina Tosi’s net worth, education, age, birthdate, husband, and children.

Who is Christina Tosi? Know Her Career and TV Shows.

Christina Tosi is a famous American chef whose full name is Christina Sylvia Tosi. Besides being a chef, she is also an author and a television personality. Christina Tosi was born in Ohio, United States, but she grew up in Springfield, Virginia.

Reportedly, her mother is called Greta Tosi-Miller, and she was a professional accountant. Her father, on the other hand, was a renowned agricultural economist. However, his name is not disclosed in wiki-bio sources. Christina Tosi holds an American nationality and belongs to Italian-American ethnicity.

Christina Tosi started her career in culinary by working at the fine dining restaurant, Bouley. She after that, began working for wd~50. In 2005, she was in the team that wrote the wd~50’s Hazard Analysis Critical Control Point plan.

Due to her competency in work, Wylie Dufresne recommended her to David Chang, the Momofuku owner. David Chang hired Christina Tosi in 2005 to help him write his food safety plans. Also, she was also to help administratively with the New York City Department of Health.

Christina performed exemplary well in the duties she had been allocated. Consequently, happy David Chang promoted her to run their pastry program. Christina Tosi introduced her unique pastries on his menu.

In 2008, Momofuku Ssam Bar adjoined making the adjacent store available. David Chang, in turn, encouraged Tosi to open her shop. Without hesitating, she opened a shop and named it Milk Bar. She immediately started developing new recipes. Within no time, the menu was already featuring her trademarked snacks. These were; Cereal Milk, Candy Bar Pie, Compost Cookies, and Crack Pie.

Many customers loved her original and unique items. In December of 2009, Anderson Cooper confessed his love for Milk Bar and its Crack Pie. Christina Tosi’s business picked up exceptionally well such that in 2012, she had nine retail outlets.

Early 2019, Christina Tosi had a total of sixteen Milk Bars across North America. Moreover, she had already employed 381 people.  During the sixth season of MasterChef, Christina Tosi joined the judges’ panel. The cooking competition show, MasterChef, season 6 premiered on 20 May 2015 in Fox Channel. 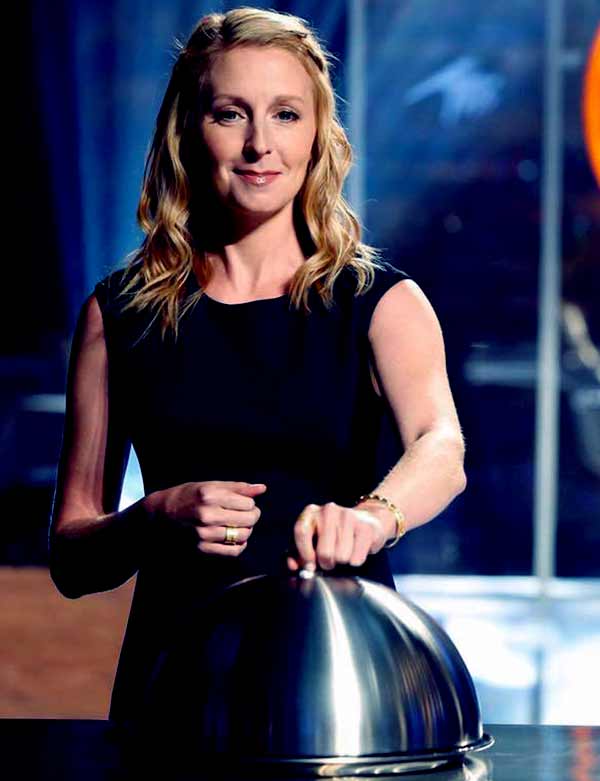 Besides television shows, Tosi has appeared in a television ad, promotional work, and national publications. Her career has earned her fame, huge net worth, and physical awards. For instance, in 2012, she won the James Beard Rising Star Chef Award.

Presently, she has published two cookbooks of her own. The first one is the Momofuku Milk Bar, while the second is Milk Bar Life.

Christina Tosi owns the Williams-Sonoma store in which she began marketing cookie. Presently, Christina Tosi offers advisory to cooking enthusiasts. She does this mostly to the Museum of Food and Drink (MOFAD), maple, and journey. She is also among the board of directors for hot bread kitchen and cookies kids’ cancer.

She has multiple sources of income, which have contributed to her high net worth. The first and significant source of income is her successful long-time career as a chef.

Christina Tosi is making a considerable income from her over fifteen milkbars spread across North America. Also, Christina has accumulated her net worth from her appearances on television. More specifically as a judge in MasterChef cooking show from 2015 to 2017.  She appeared alongside judge Gordon Ramsey who was reportedly paid $225,000 per episode. Therefore, Christina’s pay per episode was most likely in that range.

The MasterChef judge, Christina Tosi, has also been on television and ads endorsing different brands. Moreover, she has authored two best-selling cookbooks; Momofuku Milk Bar and Milk Bar Life: Recipes & Stories. These are her other sources of income which have greatly complimented Chef Christina Toshi’s $1 Million net worth.

Christina Tosi’s wealth is reflected by her rich lifestyle. She owns a $3.7 million worth penthouse at 139 West 19th Street together with her husband. She also co-owns a dining restaurant, Eleven Madison Park with her husband, Will Guidara.

Christina Tosi’s net worth is estimated to be $1 million at the moment.

Reportedly, Christina Tosi owns a very luxurious Lexus car. Lexus is the best-selling brand of luxury motor vehicles in America. The price tag of such a car ranges from $33,020 to $77,780. 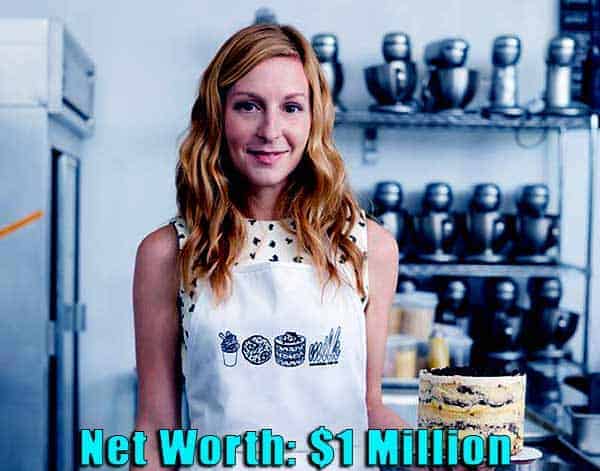 Christina Tosi Is Married to Husband Will Guidara.

Christina Tosi is a married woman to her beloved husband, Will Guidara. Her husband is a professional American restaurateur based in New York City.

The couple walked down the aisle on 1st August 2016. Their wedding ceremony was officiated at Cedar Lakes Estate in Port Jervis, New York. Among the invited guests were; model Karlie Kloss and Momofuku founder and chef, David Chang.

Their wedding was unique and creative, and there’s rarely one of its kind. The wedding venue seemed simple, but it was characterized by a fun-filled weekend. Surprisingly, their wedding weekend had a theme! Guess what it was… ‘Camp Moose is Loose,’ you’re right. There were various adventurous games planned for that time. Some of them were; poolside cocktails with relay races, water games, garden lunch, and tug of war. 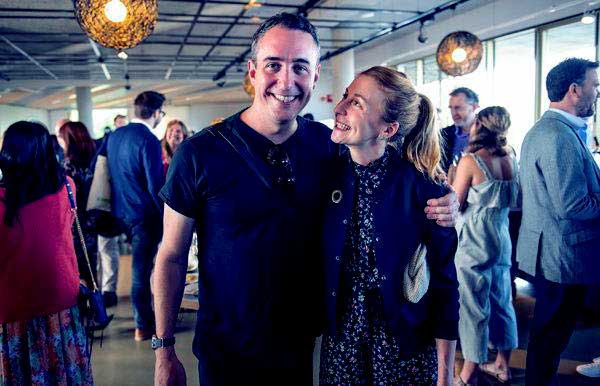 Christina Tosi with her husband Will Guidara

The epitome of the celebration happened as the couple exchanged their vows. Amazingly, there were heavy showers of rain as the two were exchanging the vows. Therefore, they had to put on rain clothes. However, everyone seemed to enjoy, and the event turned out to be extremely beautiful.

One more thing that was striking to the guests was the food and the huge cake. However, this was obvious having in mind that the bride and the groom were expert chefs. The menu for that wedding was prepared by Daniel Humm, Will Guidara’s business partner

Christina Tosi and her husband Will Guidara are in their fifth year in marriage. Presently, there is no information about their children. Presumably, the couple has no children yet, and Christina does not seem pregnant.

Christina Tosi has been in various colleges in pursuit of her education. Initially, Christina Tosi wanted to become an electrical engineer. She enrolled for a course on the same at the University of Virginia. However, she only studied for a year. After this, she spent some time in Florence, Tuscany, Italy. Here, she was examining herself to determine whether she wanted to be a translator.

Later on, Christina Tosi graduated from James Madison University. Still, in pursuit of a career that would satisfy her heart, she relocated to New York.  In New York, she found her way into the French Culinary Institute, pursuing a pastry arts program.

Christina Tosi’s current age is 39 years. She celebrates her birthday on 9th November every year having been born on such a date in 1981.