The USA Network always has something exciting for the whole family. A reality TV series named Chrisley Knows Best emerged in 2014 and has been on the network ever since.

The series follows an overprotective dad named Todd Chrisley and how he manages his wild family with an iron fist parenting skill. The series “Chrisley Knows Best” has not only won the hearts of many but tries to make their lives as relatable as they can be.

We take a look at what each star makes from the show as well as their overall net worth from businesses and commitments elsewhere.

If you’re a dad and looking for inspiration on how to manage your kids, look no further. To top it all off, he’s rich… sort of. You still could learn a thing or two from his life. Raising five kids can be quite rough if you haven’t planned out life. Todd has part of it figured out.

Born in Georgia on April 6th, 1969, the 52-year-old took much of his time and ventured into investment. The real estate kind. The business raised his kids, fed and educated them. Moreover, it gave them the finer things in life.

Like any business, there are moments when losses arise. His business lost over $49 million making him file for bankruptcy. As such, Todd Chrisley’s net worth as of 2021 is a negative $5 million. He owes mortgages, tax from the IRS and many more business dealings. We hope he will pay it all soon. 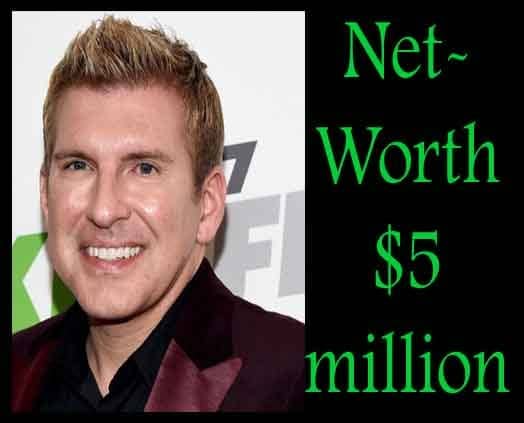 When the cat is away, the mice still won’t play as with the case of the Chrisley family. That’s because their mom is always around when her husband is away. Just like her husband, she likes to keep her babies in check but in a more fun kind of way.

Julie Chrisley had the humblest beginnings living in a trailer with her family during the early 90’s. That’s until she met Todd and things started to change for her. She is the second wife after his first wife filed for a divorce from him.

Together, they have three kids named Chase, Savannah and her youngest son named Grayson. Julie Chrisley boasts of a net worth of $3 million. This mostly comes from her career as a reality star. In other news, she was diagnosed with breast cancer and has learned to manage it. We certainly hope she will recover from it.

Taking the focus away from the 40-year-old adults, it’s time we highlight what the millennials make from the show. To start off the list is none other than the beautiful Savannah Chrisley. Born in Atlanta as the 2nd born daughter of the Chrisley’s she is currently 24   years of age.

Savannah Chrisley’s net worth stands at over $800 thousand based off some ventures. The first and bulk source of her net worth comes from her salary on the network. The artist makes roughly $250 thousand annually from her contract. Other sources include her own fashion line as well as her career in managing her father’s music career. 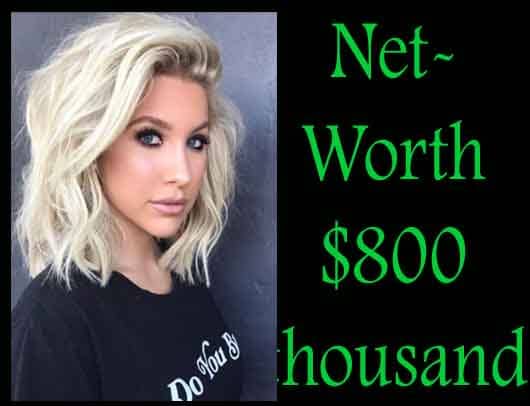 She’s mixing family with business, and we here cannot wait to find out how it’s all going to turn out in the end.

Remember the wildlings we talked about at the beginning of this piece? Chase Chrisley is the person the siblings go to when they need to concoct a crazy scheme. He is the spitting image of his father and takes up after him in various ways.

For one thing, he is just as rich as he was when he was starting at his age, if not more. Chase Chrisley’s overall net worth is valued at $5.5 million. This comes through the culmination of all the hard work, jokes and shenanigans he has plowed into the show over the years. He also owns his very own podcast and highlights daily issues.

The 25-year-old is currently in college and very close to his sister Savannah. Quite the religious type as well since he got a Bible scripture tattoo on his rib side. He had it painfully removed after his dad ordered him to.

The show Chrisley Knows Best lost one of its prominent cast members. And No, she’s not dead just in case you were wondering. Rather, she quit the show to focus on her family and other areas of her life that need attention.

Just to reiterate this, Lindsie isn’t Julie Chrisley’s daughter. Although they are both blondes and look alike. Instead, she’s the daughter of Todd’s first wife, Teresa. Lindsie is currently 32 years old and rocking up against a net worth of $1.5 million. Other sources claim she is worth more than that. 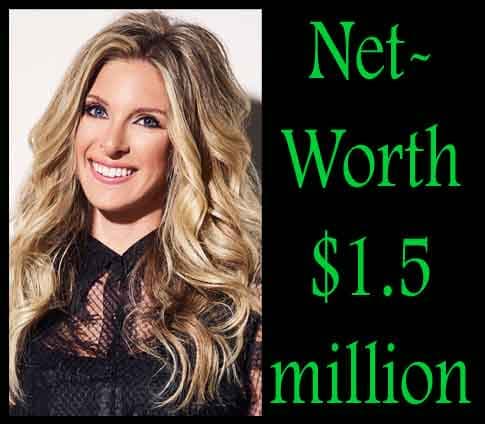 One thing for sure, her exit from the show means no more pay cheques. However, she does have her own fashion line coming up which could balance the equation.

The family hasn’t seen a cheekier boy than their youngest 15-year-old son Grayson Chrisley. Grayson Chrisley may be young and innocent but he isn’t any dumb. In fact, he is the brightest of them all with straight A’s even in sports.

The young star was born rich in the summer of May 16th, 2006 and has gotten even richer. His mom tried shielding him from the media when he was younger but his charm and personality outshone him from the shadows. Sources indicate that Grayson Chrisley has a net worth of $300 thousand as of 2021.

To save the best for last is the person responsible for it all. We would probably be writing about something else, say the Kardashians if it wasn’t for this woman. Faye Chrisley is the mother of the patriarch Todd Chrisley. 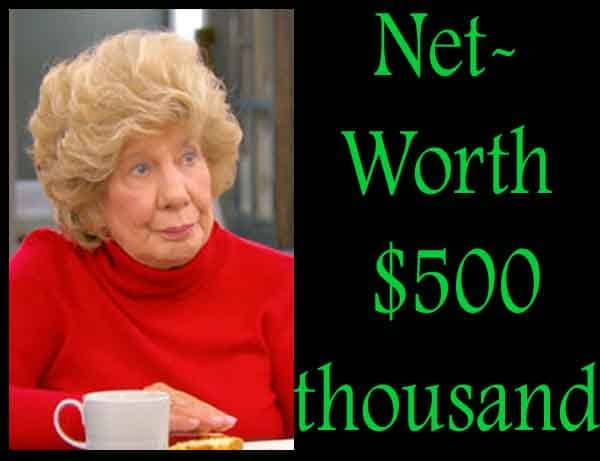 She goes by her role Nanny as the kid’s grandmother. There is not an evil bone in Faye Chrisley’s body as everyone loves her. If she does have one, it’s definitely off camera. Faye Chrisley even in her old age of 78 years manages to garner a net worth of $500,000 from the show. That’s more than what most people make annually

The Chrisley family is a huge name in Hollywood.  The show keeps getting exciting with each new season as the characters keep on growing. Even as some of the cast leave, they have found better ways to fill the void left. One thing’s for sure; their net worth is well deserved.