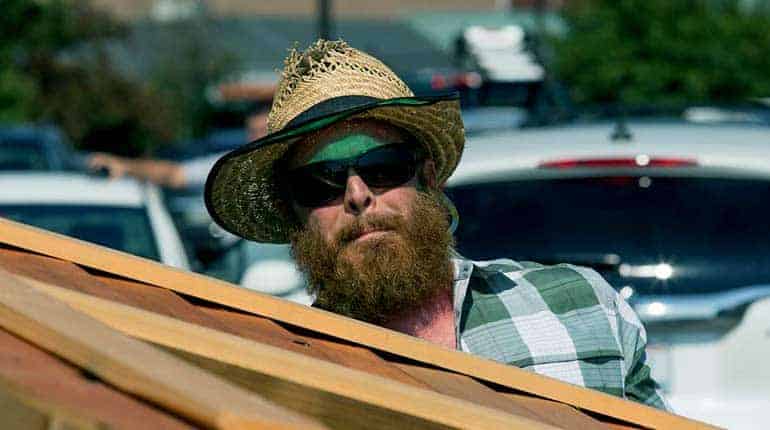 Chase Morrill came to the limelight for his appearances in the reality show, Maine Cabin Masters. This show airs on DIY “do it yourself” Network. It portrays the crew’s ability to construct and renovate things. This interesting article covers Chase Morrill’s Wikipedia-bio, his net worth. Details about his Wife Sarah Morrill and their kids.

Who is Chase Morrill? His career

Chase Morrill is a professional constructor and television personality. Seemingly, his profession is something that runs through his family line. The originator of it being his father who was a superb builder during his time. Reportedly, Chase Morrill and his sister Ashley Morrill developed a passion for building from tender ages.

Immediately after graduation from college, Chase Morrill started pursuing his passion for construction. He began by reconstructing and renovating dilapidated buildings. This turned out to be his career which he has worked on since then.

In January 2017, his career unexpectedly took a significant shift. This happened after Maine Cabin Masters show was launched on DIY Network. Before then, Chase Morrill had identified a group of friends who had a similar vision as him. When the show was launched, these friends became the crew members. 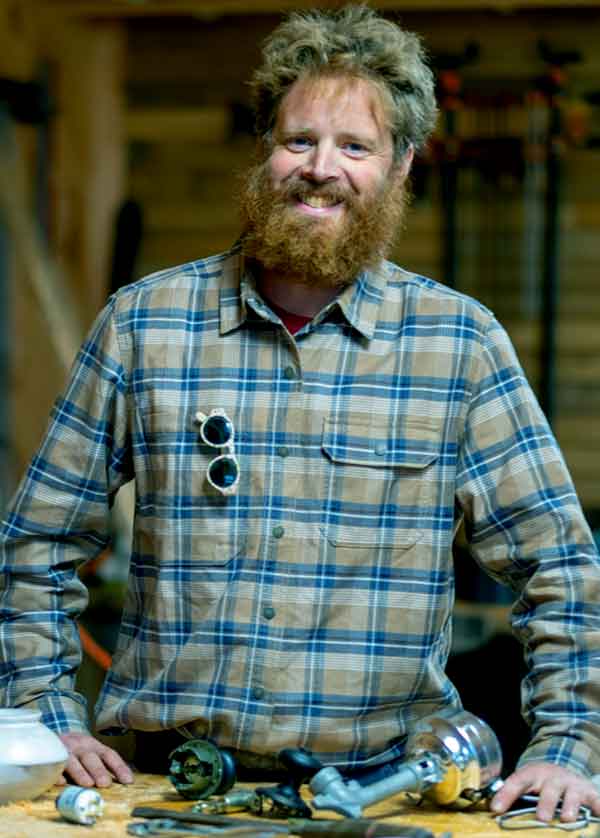 Right from the start, the show attracted the attention of very many viewers. This is because the show is unique in its way. The day-to-day activity of building and reconstructing seemed to captivate viewers. In addition, the show was spiced up by the different comic roles of the crew.

One of the most remarkable renovations for Chase Morrill and his crew happened in 2016. They renovated a log cabin which had no electricity and water within six weeks. From this, they were paid 30,000 dollars. This gave a significant boost to the show and them as individuals.

Currently, the Maine Cabin Masters are popularly known as lifesavers of dying buildings. They are known for reviving homes, camps, and cabins. Chase Morrill attributes his success in his career to his late father. He also gets inspirations from his friends and family that helps him to be more creative.

Currently, the Maine Cabin Masters is in its third season. Chase Morrill alongside his crew specializes in renovating cabins and camps in the Pine Tree State. They are still working on Maine’s stunning waterways which began in season one.

Season 3, which premiered on December 3, 2018, recorded more than 3.5 million viewers. The show was rated number one on the DIY Network in the United States.  Reportedly, the crew already has 20 members. This assists them to work on several projects simultaneously quickly.

The television personality has undoubtedly accumulated a huge amount of net worth. His major source of income is his long-term construction career. 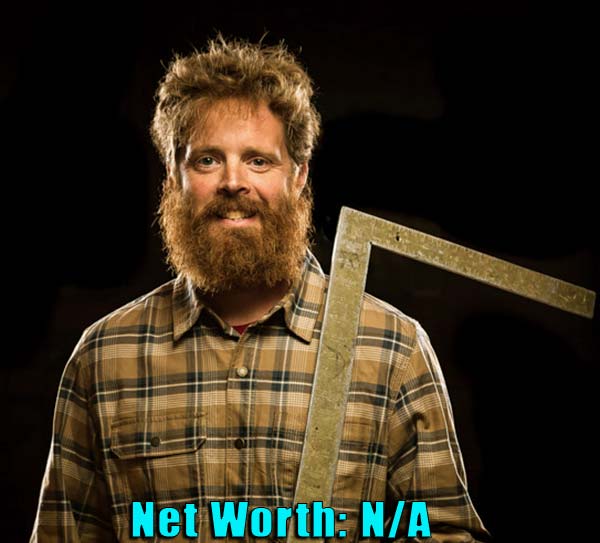 Moreover, the Maine Cabin Masters show is another primary source of income. In addition to their salaries, Chase Morrill and his crew have landed lucrative jobs from the show. The renovation of camps and cabins gives them good returns.

Yes, Chase Morrill is a happily married man to his beautiful wife, Sarah Morrill. Chase Morrill met his wife at The College of Atlantic during his college days. The duo fell in love and dated for a while before they married.

Sarah Morrill hails from North Andover, Massachusetts. She is a professional registered nurse who works with the Maine Primary Care Association. There are no details of their wedding in Wikipedia-bio sources at the moment. However, the couple has two children, both girls, in their married life. 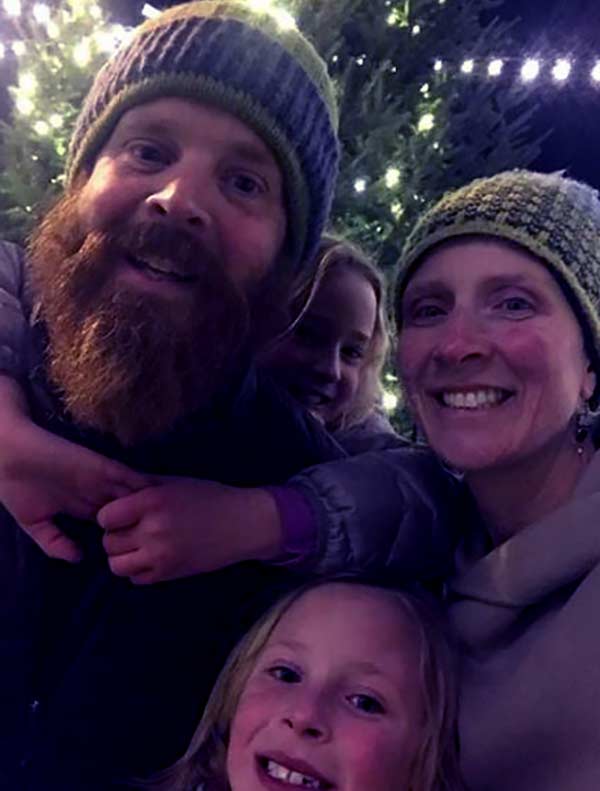 Chase Morrill with his wife Sarah Morrill and with their kids

Chase Morrill portrays awesome characters of a husband and father. He always set aside time for his family despite his busy work schedule. Often, Chase and his family are spotted enjoying a vacation in different places.

Indeed, the couple is enjoying their happy married life. Together with his wife and children, he currently lives in Augusta, Maine.

His Siblings and Family

Chase Morrill’s nuclear family is composed of four members according to the information in the Wikipedia-bio. His father’s name is Eric Morrill while his mother is Peggy Morrill. The celebrity has one sibling, a sister, whose name is Ashley Eldridge. She is married to her beloved husband, Ryan Eldridge. 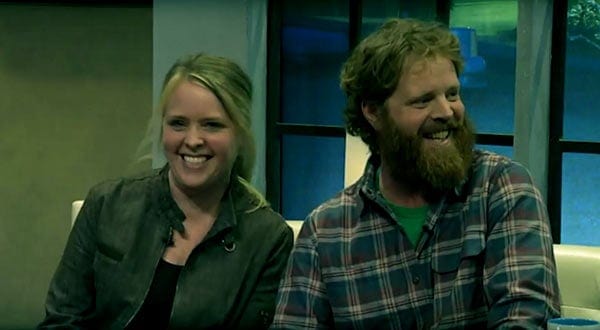 Chase Morrill’s sister, Ashley, studied and graduated from the University of Maine-Orono.  She and her husband co-stars in the Maine Cabin Masters alongside Chase and other casts. Wiki-bio reports that Chase Morrill’s father was a builder. This is the same path his two children, Ashley and Chase have followed to date. In the show, Ashley is seen doing most of the design work.

Chase Morrill’s father passed away on 27 July 2014. Reportedly, he had battled with cancer for a long while before he finally succumbed. The mother is still alive and fairing on well.

Morrill’s age at the moment according to his Wikipedia-bio is 43 years. He was born on 25th December 1977 to Eric Morrill and Peggy Morrill. The television personality is a Georgian national holding a Caucasian ethnicity. Reportedly, he was born and brought up in Augusta, Maine.

The television personality schooled at The College of Atlantic in Bar Harbor. He acquired a Bachelor’s Degree from the institution. However, wiki-bio has not revealed the exact course he undertook in college. At the moment, Chase Morrill resides in Augusta, Maine. Previously, he lived in Auburn, Maine, and also in Wayne, Maine.