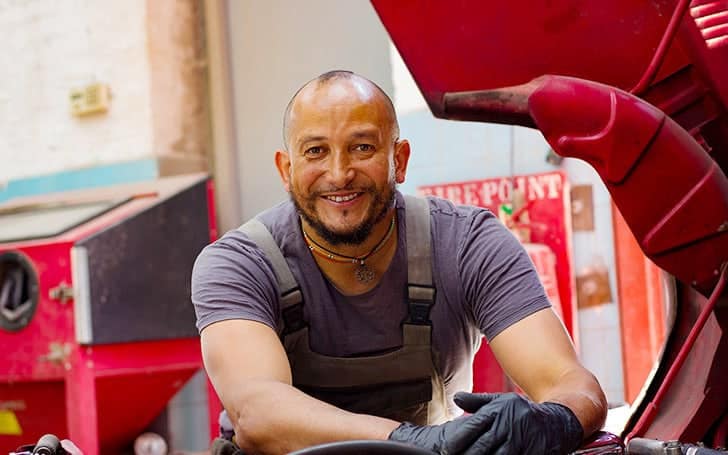 In National Geographic’s Car SOS, good deeds come in the form of free car restoration. Yup, you read that right, in this British reality TV series, Fuzz Townshend and his co-presenter Tom Shaw work with auto mechanics to fix classic cars whose owners can’t afford to repair them due to medical and or financial problems. All this information about him is valuable, but moreover, we are curious about Car SOS Fuzz Townshend wife and net worth.

These car owners who hail from all over Europe, are nominated by their loved ones and usually have no clue what is happening until toward the end of episodes when they are surprised with their fully repaired cars. Fuzz Townshend has co-hosted this one of a kind show, which is currently in its sixth season, since its release in 2013.

Fuzz was born John Richard Keith Townshend on 31st July 1964. His friends nicknamed him Fuzz while in junior school due to his then signature afro. He is an actual jack of all trades considering he’s a professional mechanic, musician, presenter, journalist, and was at one time a music lecturer.

Fuzz Townshend is Married to Wife Cressida Townshend and Has 3 Children.

Fuzz is a happily married man who credits his wife Cressida for making him 100% and always supporting him especially when he needed it the most. While it’s not known how long they’ve been together, the couple has three children namely from the eldest to the youngest, Honour, Oscar, and Johnny Townshend. 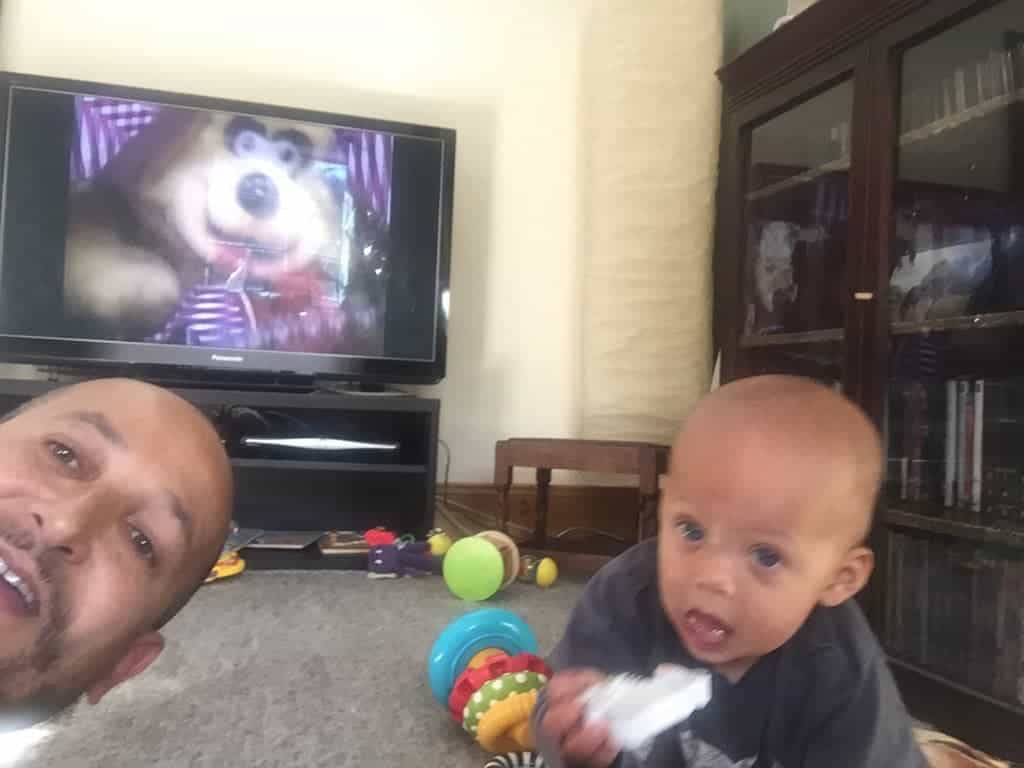 Other than that, there’s not much else known about his wife and kids. Fuzz chooses to keep the wife and children out of the spotlight which is commendable considering publicity tends to complicate the lives and relationships of many.

However, pictures of his son, little Johnny often grace his Twitter timeline.

Fuzz’s first love is no doubt music. His mother bought him a musical instrument, a drum kit for the first time when he was ten after she won a competition in a national newspaper and forewent a Vauxhall Chevette for equivalent cash since she didn’t know how to drive. He received music lessons from Al Reed, a jazz performer, and was already performing in public by the age of 12.

Car SOS Fuzz Townshend has a net worth of at least $5 million as of 2021. And his sources of income are his diverse career choices.

Fuzz Townshend’s Drummer Career that boosted his net worth.

He has drummed for Rankin Roger’s band, General Public; a local Indie band, Pop Will Eat Itself; the electronic music band, Bentley Rhythm Ace; and most recently (2016), for The New English Beat feat. Ranking Roger.

He has two albums, Far In and Fuzz Townshend released in 1999 and 2002 respectively. Fuzz Townshend’s career as a drummer has boosted his net worth.

His Career in Car SOS is probably what paid him the most.

His journalism career began in the British magazine Practical Classics where he served as a technical editor before going freelance. Around the same time he left Practical Classics, Fuzz joined a classic car restoration business called Westgate Classics.

He resigned in 2016, five years later, to start the To-Ta Classics garage with his business partner Dave Tassel. With all these different career options this Car SOS star earned well, but we have to admit that majority of Fuzz Townshend Net Worth is achieved as a reality star, as the show pays him well.

Additionally, last year, Fuzz partnered with Lee Reynolds and Simon Downing to create Classic Friendly Ltd, a networking platform for car owners, restoration experts, and car servicing centers. And as for his TV career, it began after TV producers approached him to do a screen test for a hosting role in a motoring TV show.

He got the job and debuted on our screens in 2013. Just learning about his career can give you the idea of why his net worth is so huge.

Car SOS presenter Fuzz Townshend was raised by a single mum since his father walked out when he was young. He is 57 years old and a father of three.

This Car SOS star has had a wide range of career that has given him a reasonable amount of net worth.