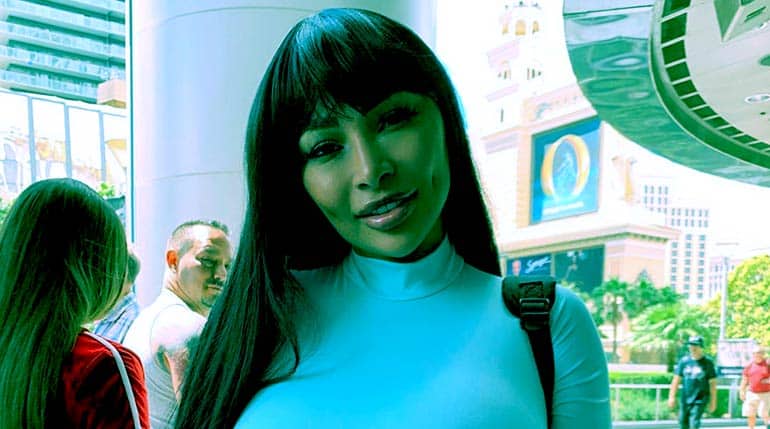 Brittanya Razavi is a television personality, model, fashion designer, actress, and internet sensation. In regards to social media, we learned that she has over 6.7 million followers on Instagram and a further 5 million on Facebook. Keep reading to know Brittanya Razavi’s net worth and salary with income sources.

Brittanya became a household name after she starred on the hit reality show Rock of Love Bus. This saw Brittanya develop a relationship with one of the members of the rock and roll band Poison.

Who is Brittanya Razavi?

She has a host of beautiful tattoos on her body, and the pictures she posts saw her garner well over 6 million followers on Instagram. Brittanya Ravazi’s growing personality would see her brought on to star on the popular reality show, the Rock of Love Bus.

The show is centered on different women who try to gain the affection of Bret Michaels. He is the frontrunner of the highly acclaimed rock band poison. The show first premiered back in 2007. 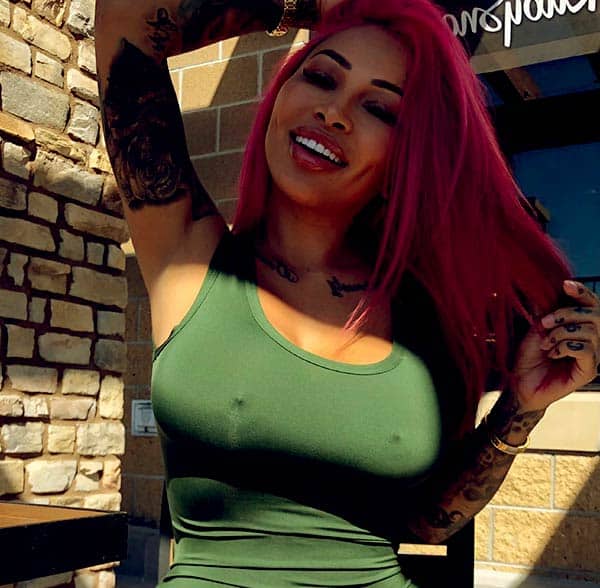 It starred the likes of Brett Michaels, Heather Chadwell, and John Murray. The reality star would also appear on another show called Charm School.

This show went on to accumulate 35 episodes during its runtime. It aired a year later after the Rock of Love Bus. Lastly, Brittanya also featured on a show called Dysfunctional Friends.

Moving away from the world of television, we also learned that she had a very lucrative career in print media. Brittanya Razavi has graced the covers of renowned magazines such as Spire Journal, MMA sports magazine, and Savage tattoo. These are a few of the magazines she graced the cover of because of her beauty and stunning tattoos.

Brittanya also helped to write the book Millionaire Self Talk, which went on to be a high selling self-help publication. The reality star ventured into entrepreneurship after she started an online business called 187 Avenue. Brittany sold all manner of valuable merchandise and goods.

Various companies reach out to her regularly to hire her to promote their brands and services. Boasting the number of fans she has, advertising via her account is an excellent opportunity for any business seeking to further their brand by aligning to the reality star.

Brittanya Razavi is a businesswoman, model, social media influencer, and reality television personality. Sources suggest that her net worth stands at $8 million.

This is an increment as Forbes once estimated Brittanya Razavi’s net worth to be $ 6 million. So whatever she is doing at the moment seems to be making her richer, and boosting her net worth. We will keep you updated with any new information on the subject of her net worth.

As we have alluded to previously, Brittanya Razavi is a well-established television personality, author, businesswoman, and social media influencer. She starred on the hit reality show Rock of Love Bus. At the time, she was estimated to be earning around $ 80,000 a year.

Brittanya went on to write a book, which subsequently went on to become a best seller. It helped her advance her net worth further. The reality star also started an online store titled 187 Avenue.

This serves as another source of income for Brittanya Razavi’s net worth. Being popular on social media, Brittanya is also tasked with promoting various products and merchandise online for paying companies.

It is reported that just a post from the celebrity’s Instagram page can earn her an upwards of $50,000. This is a figure that will only continue to rise as she steadily accumulates more fans.

Lest we forget, Brittanya has also graced the cover of several magazines. This was for famous publications such as Savage tattoo, which definitely paid well for the star’s image.

Brittanya Razavi has two sons with her husband, Lucky Moe Razavi; Legend and Cash King. Cash was born back in 2011, which would make him ten years old as of this year. His brother Legend, on the other hand, was born four years later. 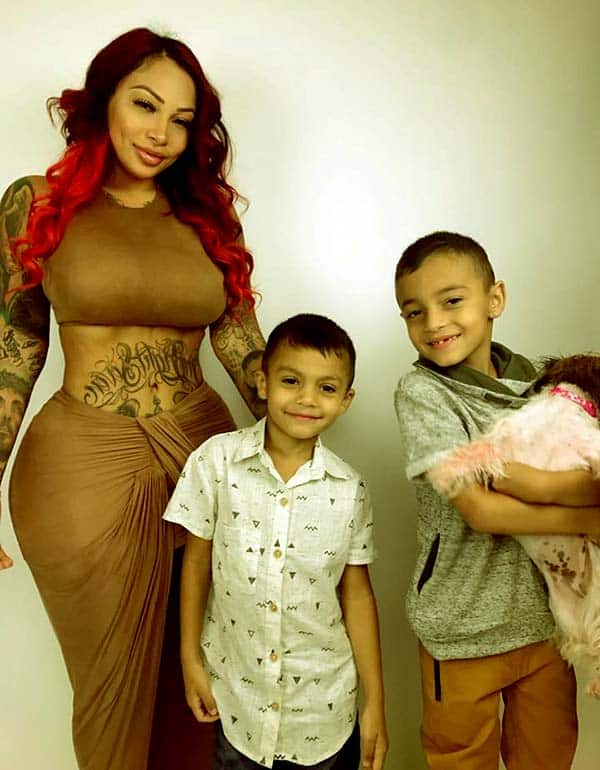 Brittanya Razavi with her kids

This makes Brittanya Razavi’s younger son six years old at the moment. Both of the brothers were born in California, more specifically in Los Angeles, where they still live happily with the rest of their family. Brittanya Razavi is very close to her sons, and she regularly posts pictures of them on her social media profile.

It is also reported that Brittanya Razavi had another child when she was just 15 years old. The identity of that child remains a mystery. All we could learn about him that he was raised by her grandfather and is 20 years old currently.

The television personality is, in fact, a married woman. Her husband’s name is Lucky Moe Razavi. Her husband is originally from Iran. The two share a common love for getting ink, and it is undoubtedly one of the things that attracted them to each other.

Brittanya Razavi’s husband Moe is also a self-made man who presently runs a digital media firm, which also doubles as an entertainment organization. 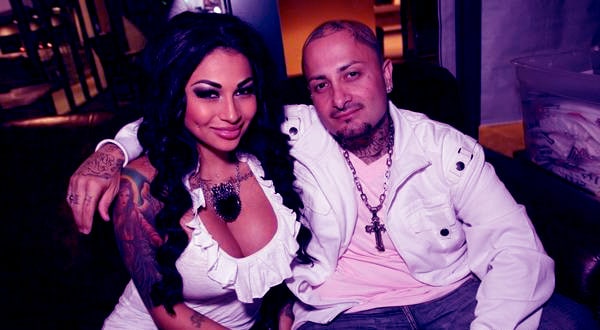 Before getting hitched to Lucky Moe Razavi, she was allegedly involved with a man named Nico Vasquez. Not a lot of information is available on this particular relationship. We were able to learn; however, Brittanaya and her ex-boyfriend’s relationship ended most likely due to verbal abuse on Nico’s part.

We were also unable to determine who the father of her first child was. Check back later for updates as we will keep you upraised of any new information that comes up.

There are no credible reports that suggest that Brittanya Razavi has had plastic surgery done on her body. However, some people have claimed that the reality star got her breasts enhanced. Presently, her body measurements are 36D-25-25.

Brittanya Razavi came into this world in 1985, specifically on July 7th. This makes her 36 years old this year. The reality star’s hometown is Oxnard, California. She grew up alongside four other siblings in California. We were only able to discover one of the names of her siblings.

This was Tiffany Ocampo. Like her sister, Tiffany also ventured into business. Brittanya’s childhood was not always easy. Her father went to prison when she was just 15 years old.

In the very same year, Brittanaya Razavi would give birth to her first child. Being a minor, Brittanya could not take on the responsibility of raising a child on her own. This would prompt her grandfather to step in and help take care of the child.

Brittanya’s life changed after she grew a following on social media. It would pave the way for reality television, and eventually, her online business, 187 Avenue.

Like her father, Brittanya Razavi also served jail time. She spent half a year in Ventura County Jail after she was brought in for assault charges by the police. She allegedly attacked another woman with a pimp chalice.