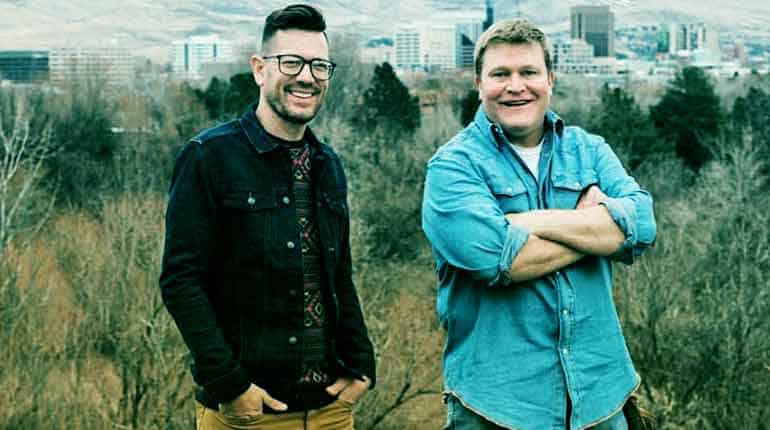 Boise Boys is a reality show that focuses on two best friends, Luke and Clint, and their journey across their hometown as they remodel and flip houses. The two are co-owners of Timber and Love, an enterprise that deals with house renovations. While the co-hosts are bound by their friendship and their shared interest in renovating old houses, it is interesting to note that they are often described as opposites. Luke is undoubtedly the visionary, the man with the vision and foresight to see the value in any potential project. He is the idea man, whereas Clint is the more practical contractor. The latter gets things done, and in the world of construction and renovation, this is an invaluable skill set.

Clint makes sure that things are running smoothly and is also often seen as the grounding factor of the duo. He more or less keeps their reality in check. Before venturing into the life of reality television, Luke was a musician who toured across the country. Clint, on the other hand, was a business attorney and contractor. The two would go on to found Timber and Love in 2015, and the rest, as they say, is history. Their show first premiered on the 25th of April 2018 and has been running for two seasons now.

Clint Robertson was born on the 18th of October in Fort Worth, Texas. Though the exact year he was born is not known, he looks to be somewhere in his late forties. He was brought up in a relatively religious household, and as such is a devout Christian. Clint grew up in a very supportive household and was always encouraged to be the best version of himself he could be. Both of his parents were entrepreneurs and as such, wanted the bright young man to follow in their footsteps.

However, Clint had his eyes set on real estate. He is a graduate of the Texas Christian University where he earned a degree in Business and law. The future reality star would then go on to pursue a career as a business attorney, then CPA, contractor, then real estate broker and developer, serial entrepreneur.

Most of his career has centered on real estate. Even before featuring on Boise Boys, he was on The Apprentice. 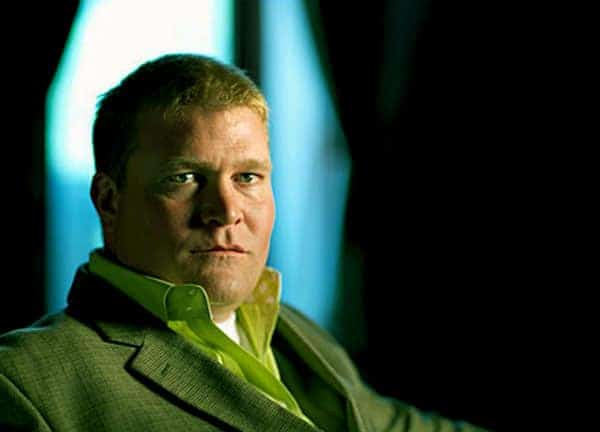 The world of broadcasts can be a very well paying enterprise, especially when you work for a network as successful as HGTV. Clint Robertson’s net worth is estimated to stand at $ 200,000. 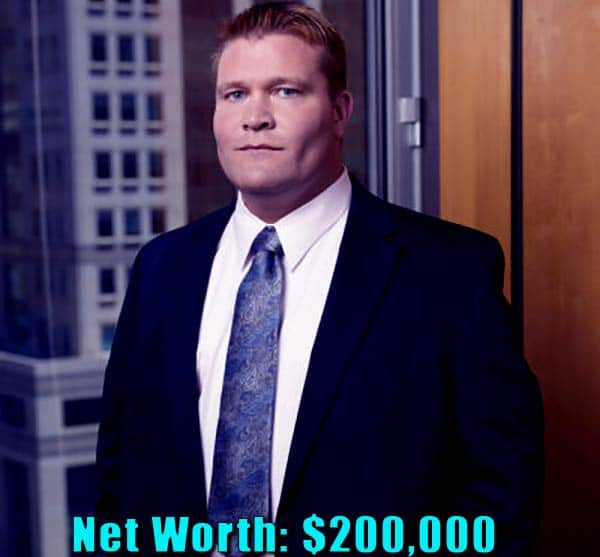 Besides the world of reality television, he has made his money in the world of real estate. The star co-owns the company Timber and Love, which generates a fair bit of income for him and his best friend. He also spent years as a business attorney, and this helped him lay the foundation for his net worth.

A reality star is indeed a married man. His wife’s name is Sandy Robertson.

The pair met and started dating while still in college. They would go on to tie the knot on the 14th of December, 1992. So far, they have been married for 29 years now. Sandy is a very supportive wife who loves her husband and children. Like Clint, she is a devout Christian, evident by their posts on social media. Clint Robertson and his wife Sandy Robertson have three children together. 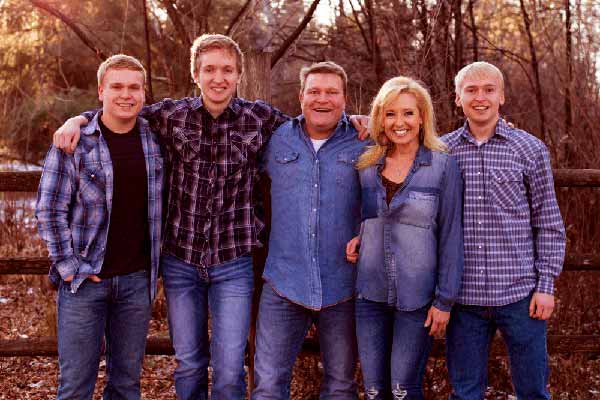 Clint Robertson with his wife Sandy Robertson and with their kids

Not much is known about the star’s parents. All that we could unearth is the fact that they were entrepreneurs. The family was also based in Texas, and as such, are devout Christians. Clint and his wife Sandy have three sons together: Jake, Eli, and Daniel.

Luke Caldwell is a native of Boise, Idaho. He celebrates his birthday on the 9th of December. The star is in his 40s. Growing up, he always displayed a passion for the arts. While he is most commonly recognized as a co-host for Boise Boys, he mostly made his mark as a musician during his early years. His music career enabled him to see most of the country, and this gave him a perspective not everyone else had. 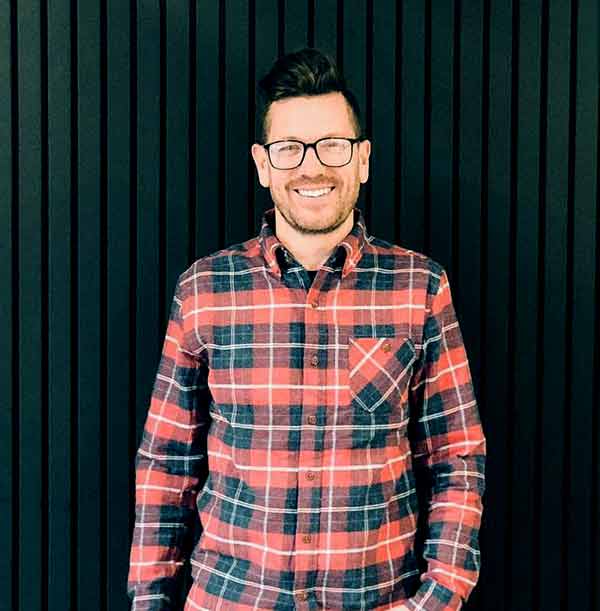 He got a sense of different designs which he has since integrated into his style. Luke’s desire to adopt a lot of children is what led him to pursue a career in real estate. It was a lucrative venture which would enable him to provide for his kids. He made his first investment at an auction, acquiring a house that needed a full renovation.

Luke and his longtime friend Clint eventually decided to set up their own business venture, which they named Timber and love. A reality television show would eventually follow.

Unlike his fellow co-host, Luke Caldwell’s net worth remains undisclosed and under review. We can, however, assume that it is within the same region. It is also reported that HGTV hosts on average, make around $75,000 a year. 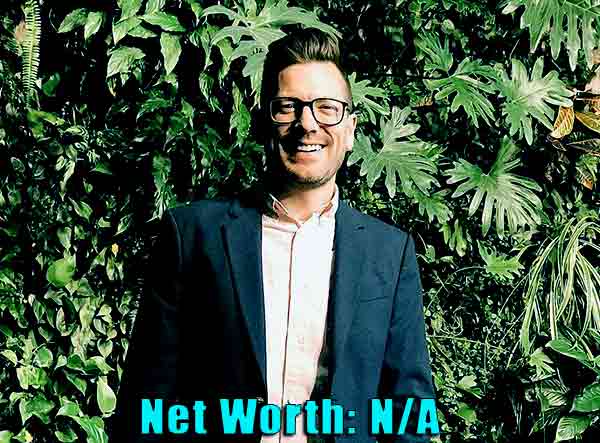 Luke is definitely one of the top hosts on the show, so he probably makes more. Let’s not forget that he also co-owns a successful real estate business with his friend, and this provides another revenue stream for the star

Luke Caldwell is Married to his Wife Miranda Caldwell.

Like his best friend, Luke is also a married man. Miranda Caldwell is his wife, and the two have been married for well over 18 years now. The pair tied the knot in 2002 around June. Luke always describes Miranda as his first and only love. Luke and Miranda have two biological children together, as well as four other adopted children. 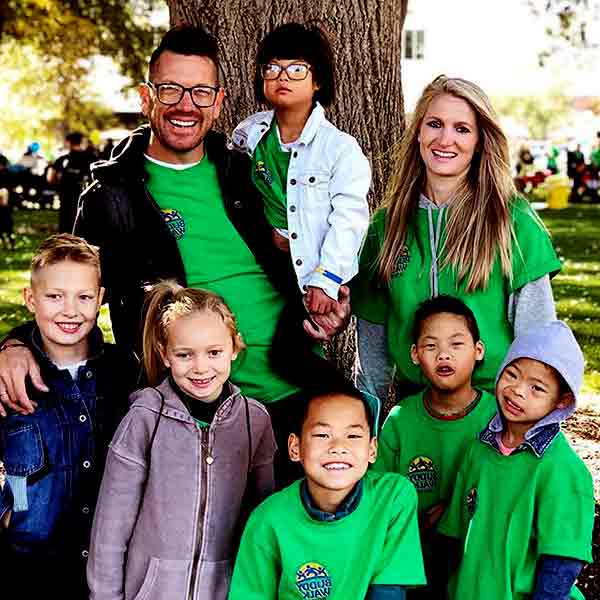 As mentioned above, Luke is the proud father of six kids. Elias and Brighton are the couple’s biological children. The rest were adopted. Their other kids are Morris, Tucker, Ezra, and Darla. Luke is deeply religious, and as such, raises his children on Christian values and morals.